With time winding down, Maersk is optimistic it will fulfill its commitment for a carbon neutral methanol-powered ship by 2023

Maersk’s head of decarbonisation believes that the company’s commitment to a having carbon neutral ship running on green methanol in 2023 is ‘extremely tough’, but the company is in talks to secure the necessary supply of the fuel, which is currently scarce 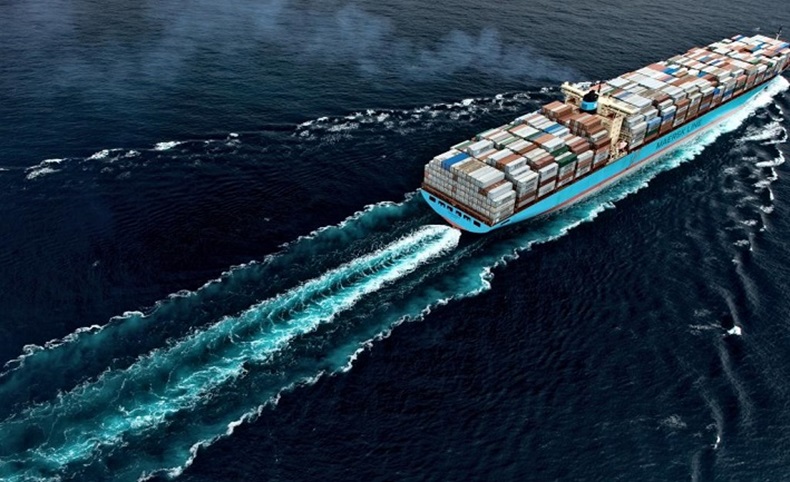 Maersk has a ‘relatively solid path’ towards its 2023 plan for a carbon-neutral methanol-powered ship.

MAERSK is making progress towards securing a green methanol supply to fulfill its pledge for a carbon-neutral vessel by 2023.

Maersk head of decarbonisation Morten Bo Christiansen said the company was moving towards sourcing green methanol, but acknowledged the self-imposed deadline will be taxing.

“We did give ourselves an extremely tough deadline. I think 2023 is a tough one,” he said during a webinar on Wednesday.

The Danish company committed in February to having a dual-fuel feeder ship running on carbon-neutral methanol by 2023. At the time of its announcement it had not secured a green methanol supply partnership and had not decided where the vessel would operate.

It also pledged that all of its newbuild vessels from 2023 onwards would be capable of running on carbon-neutral means.

Maersk had previously committed to having net zero CO2 emissions from its operations by 2050.

Mr Christiansen said he was optimistic and that Maersk had a “relatively solid path” towards its 2023 carbon-neutral methanol ship. He did not disclose with whom the company was holding talks but said it was deliberating with stakeholders across the world.

“We have been approached [over] both mature ideas and also a lot of very exciting, more immature technologies. We have a very good list of opportunities,” he said.

Mr Christiansen also said Maersk stood by its commitment to have all of its newbuilds from 2023 onwards running on carbon-neutral fuels but said he could not provide more information on developments on that front.

Maersk’s plan for a carbon-neutral methanol ship in 2023 has been received warmly by some in the industry who see it as a tangible effort to accelerate decarbonisation. But it has also been criticised by others who question whether methanol can ever really become carbon neutral and whether promoting the concept of green methanol was a mistake.

Methanol as a fuel today can reduce CO2 emissions from a ship by up to 20% compared to conventional fuel oil.

Maersk’s pursuit of a carbon-neutral methanol-powered ship covers the fuel’s entire lifecycle, from its production and distribution to its combustion by the vessel.

A carbon-neutral fuel means that throughout its lifecycle it will emit the same amount of CO2 as it will absorb.

Green methanol can be produced either as bio-methanol based on biomass from sustainable feedstocks, or as e-methanol, which uses CO2 captured from renewable sources and green hydrogen.

Methanol today is widely produced, as it is used in the creation of other chemicals, but green methanol accounts for only a negligible fraction of it.

There are around 98 million tonnes of methanol produced each year, emitting 300m tonnes of CO2 during its use and production, according to a recent report by the International Renewable Energy Agency and the Methanol Institute.

Yet less than 200,000 tonnes of this production is green methanol, most of it being bio-methanol.

There are also concerns today about whether and how green methanol can ever become genuinely carbon neutral.

UCL Energy Institute reader Dr Tristan Smith said in February that the most sustainable methanol today can eliminate emissions by between 50% to 75% throughout the fuel’s lifecycle.

Maersk has also said it would consider using carbon offsets, which allow companies to compensate for their own emissions by financing external sustainability projects, for its scope 2 and 3 emissions.

Scope 2 emissions include those indirect emissions caused by heat and electricity purchased and used by the company.

Scope 3 emissions are all other indirect emissions from sources that the company does not own or control, including upstream and downstream emissions. This includes production of fuels used, so Maersk could theoretically use carbon offsets to fulfil its carbon neutrality pledge.