The Suez shutdown exposed the fragility of global supply chains, but what about other black swan events that could potentially buoy or sink a market? This month’s market outlook offers a maritime edition of the classic board game snakes and ladders, where the team roll the dice and consider the long list of market ‘what ifs’ that will ultimately determine the fate of maritime markets more than any traditional notions of supply and demand forecasting 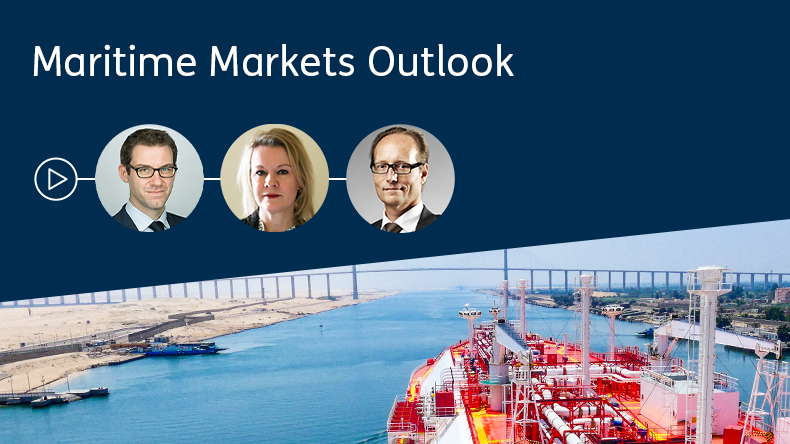 FORECASTING shipping is easy enough. You need to calculate the balance between supply and demand in any given market and then factor in the random shocks and predict the unpredictable events that disrupt this otherwise simple equation. Simple really.

On the long list of scenarios that could disrupt shipping markets on a daily basis, the prospect of a giant containership pulling a U-turn in the Suez Canal and blocking 13% of global trade for a week was perhaps not expected, but it was not unprecedented.

The Suez Canal has a reasonable safety record befitting its well understood status as a global economic chokepoint, but of the 75 reported incidents in the past decade one in three of them were groundings.

The fact that one of these has not blocked global trade before now is largely a matter of chance.

Big ships create big problems — that much we knew. A hypothetical worse-case loss scenario involving the collision and grounding of two large container vessels, or a container vessel and a cruiseship, could result in a $4bn loss according to the disaster scenarios played out regularly by insurers.

But nobody had run the numbers on what would happen if that incident occurred in the middle of a global economic chokepoint.

Ordinarily, of course, a grounding would barely warrant a mention in industry news, but this unfortunate series of events exposed the fragility of global trade and dominated global media output for over week as a result.

It sparked a somewhat terrified line of questioning from governments, mainstream media and consumers who had previously failed to consider the inherent risk built up in a globalised supply chain built of cheap transport and just-in-time delivery.

If a single ship can bring the world to a halt after a strong gust of wind, what other outliers threatening our economic stability have we not been worrying about sufficiently, was the general line of enquiries hitting the Lloyd’s List news desk within hours of Ever Given lodging itself firmly into the banks of the Suez Canal.

So, for this month’s edition of the Maritime Markets Outlook our regular team of shipping analysts consider the fallout from the Suez shutdown but then take a look through the some of the other potential pitfalls that should be on the list of likely disaster scenarios.

Modern risk analysis would consider game theory in modelling the long list of Rumsfeldian known knowns and known unknowns, but the Lloyd’s List team has applied a more analogue form of game theory to problem in this edition.

Consider the long list of geopolitical and “black swan events” that could potentially disrupt the markets or take a chokehold on global supply, and then place each of them on a snakes and ladders board game. Roll the dice and see where you land.

Will your double six see you hit relaxed sanctions releasing tonnage into the market and force you to slide down the snake, or will you land on more supply chain congestion tightening tonnage and buoying freight rates up the ladder?

It all rests on the roll of a dice.

Calculating vessel supply at “x” and demand at “y” using economic modelling to forecast is no longer the issue. Lloyd’s List has argued in our market outlooks for some time now that exogenous events are dominating the industry’s fortunes more than any internal maritime matters.

News that global trade relies on the shipping’s ability to manage the proverbially unpredictable oceans may have come as a shock to the rest of the world, but the shipping sector should be ready to weather rough crossings on a regular basis.

While our snakes and ladders game this month is a light-hearted look at the inherent risk of maritime markets there is a serious need to take a more details look at the long list of things could go wrong and consider plans to mitigate that risk.

Uncertainty, as the cliché has it, is the only certainty we can rely on.