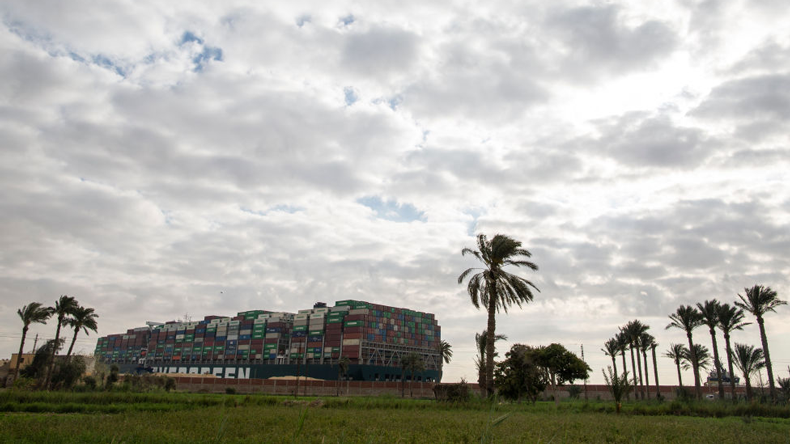 Source: Mahmoud Khaled / Getty Images Ever Given, a containership the length of four football fields, was refloated and the Suez Canal reopened to traffic today, March 29.

NOW the grounded Ever Given has been refloated, attention will turn to investigating what went wrong and the varying degrees of responsibility held for the casualty that led to the six-day blockage of the Suez Canal.

As Ever Given flew the Panama flag, the world’s largest registry will undertake the most significant casualty investigation as required under international maritime conventions.

The conclusions and findings will be reported to the International Maritime Organization.

As yet, the registry has not made any statement on the timing of any investigations and when any preliminary findings could be available.

The Suez Canal Authority will likely run a parallel investigation, as will the containership’s shipmanager, Bernard Schulte Shipmanagers, and the protection and indemnity club UK P&I, that will cover liabilities arising from the vessel being stuck.

Crucial to determining what went wrong will be data retrieved from the Voyage Data Recorder, the maritime equivalent of the airline industry’s ‘black box’ in aircraft.

Lloyd’s List understands the VDR has been retrieved and the data has been saved for investigators.

The shipmanagers have been asked to hand this over to a representative of the Panamanian registry when he or she has arrived in Egypt and is in a position to begin their investigation.

The representative was initially delayed by quarantine and immigration difficulties but is expected to board the vessel on Tuesday night from Ismalia, on the west bank of the Suez Canal, where the vessel was being towed.

There, statements and interviews from the crew will be taken, other information gathered and access to the VDR provided, at least three sources familiar with the investigation process told Lloyd’s List.

There has been little insight into possible causes, and contradictory reports.

Two canal pilots were on board the vessel, which was fifth in the convoy transit at the time of the accident according to the vessel’s shipmanager, which attributed the casualty to winds blowing Ever Given off course and was adamant there had been no mechanical or electrical failure.

The canal authority’s executive initially said that winds were not responsible.

Lloyd’s List determined that winds at the time of the accident were about 30 kts and navigation rules permitted a vessel this size to sail under such conditions.

BSM as well as the Japanese-owned shipowners and the UK P&I Club will also feed into this central investigation, as will the Suez Canal Authority.

BSM will fully co-operate with all authorities in any investigations, a company spokesman told Lloyd’s List.

UK P&I said similar, with both declining to confirm whether their representatives had reached the vessel.

BSM declined to comment when asked whether or not there will be a crew change.