For several years there have been warnings that the ballooning size of boxships has been outpacing the industry’s ability to deal with the growing risk of such large assets. This week, we ask whether the Suez crisis might just be the wake-up call that shipping needs to reassess its readiness when it comes to dealing with super-sized casualties. Joining the podcast is global head of marine risk consulting at Allianz, Capt Rahul Khanna 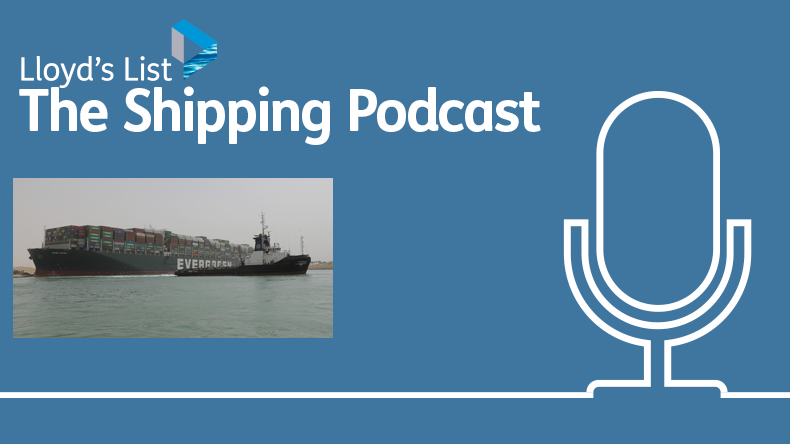 IT used to be that shipping complained of sea blindness — out of sight out mind and nobody thinks about how their goods actually get to them, far less the intricate global supply chain that relies of billions of tonnes of steel steaming through the world’s oceans.

Well, everyone is paying attention now and all eyes are on the rather inelegant sight of a giant containership wedged across the Suez Canal, blocking the 13% of global trade that would usually be transiting one of the most important highways of global trade.

As we recorded this week’s episode, a flotilla of tugs and a giant digger were doing their best to unblock the global trade pipeline.

But as anyone who has seen the photos can tell, the size of the salvage army is rendered tiny against the backdrop of Ever Given, underscoring the scale of their task.

This is a big ship and a big problem, but it is not like we have not seen this coming.

For several years there have been warnings that the ballooning size of boxships has been outpacing the industry’s ability to deal with the growing risk of such large assets.

The industry has been collectively burying its head in the sand when it comes to super-sized casualties it seems. We are struggling.

Ever Given is very big, very full and very stuck, so is this going to be the casualty that sparks a rapid re-examination of the industry’s obsession with size or are we going to forget about it once the bottleneck is unplugged and the rest of the world moves on to forget about shipping once again?

Joining Lloyd’s List Editor Richard Meade on the podcast this week, we have on hand an expert and Cassandra on the topic of shipping’s reluctance to tackle risk — Capt Rahul Khanna, the global head of marine risk consulting at Allianz Global Corporate & Specialty.

While the causes behind Ever Given’s failed U-turn in the Suez are for another podcast once we have seen the accident investigation report, Richard talked to Capt Khanna this week about how the larger the vessel is, the harder it becomes to deal with problems.

The industry needs to come up with answers. Economies of scale have driven the size of ships, which is the way to go, but in parallel we also need to make sure we are looking at containing the risk that comes along with it.

And that is where we have struggled.

Sign up now for the second webinar in the Lloyd's List Future of Shipping programme, titled ‘How to decarbonise shipping’

Across the year, The Future of Shipping series will gather industry leaders, policy-makers, investors, financiers and sector experts to offer a unique programme of informed analysis and intelligent debate. For more information, to watch the first webinar on digitalisation on-demand and to register for the other events in the series, follow this link.