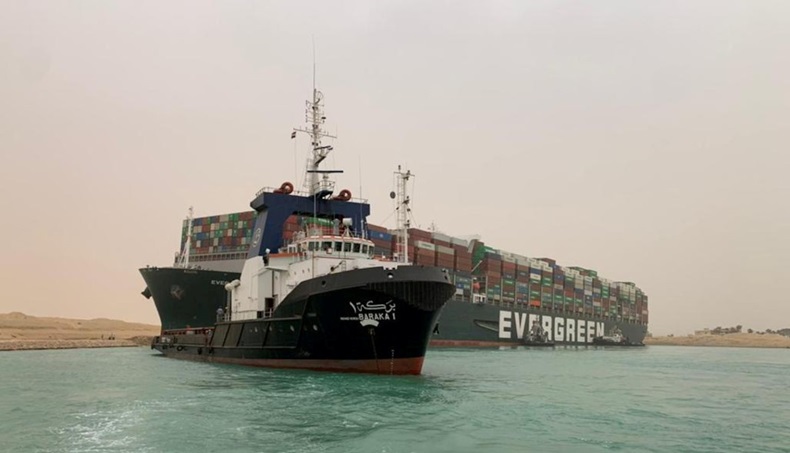 
The Suez Canal remained closed following the grounding of a fully laden Evergreen-operated 20,000 teu containership on Tuesday, blocking traffic on one of the world’s most important waterways.

The boxship grounding that forced the shutdown of the Suez Canal is set to constitute one of the most significant casualties of recent years from a legal and insurance perspective, despite no loss of life or pollution, according to legal experts.


Trafigura is backing efforts at the International Maritime Organization to impose the first global carbon levy on ships.

The world’s busiest bunkering hub, Singapore, has carried out the first ship-to-ship transfer of marine liquefied natural gas to an ocean-going containership.

BW Offshore has won a contract from Australia’s oil and gas producer Santos for the supply of a floating production, storage and offloading vessel.

The US Coast Guard violated federal law in denying a master the right to sit for an examination that would allow him to register as a shipping pilot, according to the ruling of a federal court judge.

Tsakos Energy Navigation has agreed a long-term charter for a liquefied natural gas carrier under construction at Hyundai Heavy industries as the tanker owner’s latest results underline that the LNG sector remains an important contributor to its business.