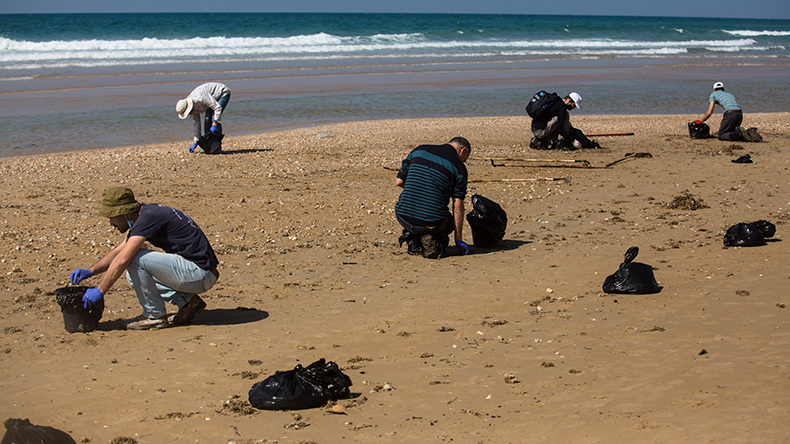 
The owners of an aframax tanker accused of an oil spill that tarred stretches of the Israeli and Lebanese coast last month are confident that investigators have focused on the wrong ship.


China’s iron ore imports are on track for a record-breaking year, according to shipping association BIMCO.

Libya can reasonably expect a boost in oil exports if the newly-installed unity government succeeds in bringing an end to the decade of civil war that has prevailed since the overthrow of dictator Muammar Gaddafi in 2011, experts believe.

Seafarer mental health issues have risen to the top of the agenda during the pandemic. The industry must now ensure it doesn’t sleepwalk into the next crisis with mental health problems unresolved, writes Richard Clayton.

It is nearly three months since the end of the Brexit transition period and its impact on the Irish Sea has become one of the most hotly debated topics in the freight sector, writes Stephen Carr, commercial director at Peel Ports Group.


Euroseas, the containership owner, is hoping to capitalise on charter market strength for another five of its vessels after more than doubling the earnings of two boxships.

DP World's full-year profit fell 29% in 2020 as the group’s bottom line was hit by the impact of the coronavirus pandemic on global supply chains.


Hapag-Lloyd’s acquisition of NileDutch will be complementary to the German carrier’s network and will strengthen its position in Africa, according to chief executive Rolf Habben Jansen.

The group of 15 crew members who have been kidnapped following a piracy attack on board a chemical tanker >in the Gulf of Guinea “are together and doing well under difficult circumstances,” according to the owner De Poli Shipmanagement.

Florida seaports could see some $260m in support from the American Rescue Plan Act following budgetary recommendations by governor Ron DeSantis in a letter to state legislators.

New Forest Energy, a Nasdaq-listed energy infrastructure developer, is to build a mobile liquefied natural gas plant that will be converted from a jack-up rig.

Selective use of tests for seafarers can reduce risk of coronavirus being brought on board by embarking crews or visitors, and help manage potential onboard outbreaks, according to specialist opinion commissioned by a leading P&I club.