Israel’s ‘secret attacks’ on Iran's tankers not a threat to shipping, say experts

Consultants said a report claiming Israel had targeted Iranian-linked shipping were not surprising and would fit the pattern of tit-for-tat, limited attacks on ships as part of the region’s ‘grey zone’ proxy conflict. But for ships unconnected to these tensions, the risk remains low

The Wall Street Journal reported Israel has bombed or mined Iranian tankers carrying oil bound for Syria since late 2019 amid continued geopolitical tensions. It claimed Iran kept quiet about the attacks to save face, and that the US knew or implicitly consented to the attacks 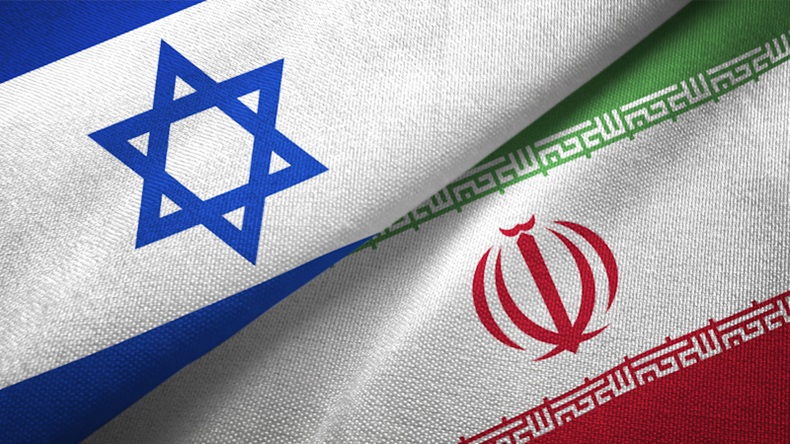 Source: Oleksii Liskonih / Getty Images Ships have been attacked in connection with the Israel-Iran proxy conflict.

A REPORT that Israel has mounted covert attacks on Iranian tankers carrying oil to Syria will not increase the low risk to general shipping in the Middle East, according to security experts.

Israel has targeted “at least a dozen vessels” — three in 2019 and six in the past year — out of concern oil profits were funding extremism, the Wall Street Journal reported, citing unidentified US officials and Iranian shipping sources.

The newspaper report did not offer evidence or identify the ships said to be attacked.

Israel and the US declined to comment, the WSJ said.

Israel’s Defence Ministry and the US State Department did not respond to requests for comment by Lloyd’s List.

Security consultants said the action reported by the newspaper fits the pattern of tit-for-tat, limited strikes meant to create political pressure in the proxy conflicts between Israel, Iran and Saudi Arabia.

“Israel already goes to great lengths to push back Iran and its proxies all over the Middle East and attacking shipping is another way to do that,” said BIMCO head of maritime safety and security Jakob Larsen.

The WSJ report claimed Israel has used weapons, including sea mines, to strike Iranian vessels or those carrying Iranian cargo towards Syria in the Red Sea in the face of US sanctions.

Shipping should expect more attacks in the Red Sea and Middle East Gulf linked to the proxy conflicts between Iran and Saudi Arabia after the suspected mine blast on the Israeli ro-ro Helios Ray, Risk Intelligence warns

It reported that Iran had kept quiet about the attacks to avoid appearing weak, and that US officials “provided tacit US support during the Trump administration for such attacks”.

The claims follow reports of a fire on the Iran-flagged containership Shahr E Kord (IMO: 9270684) on March 10. The cause was not confirmed, but Iranian media claimed the vessel was hit by a missile.

Israel has accused Iran about four holes appearing in the Israeli-owned ro-ro Helios Ray (IMO: 9690547) in the Gulf of Oman this month. Tehran has denied the charge.

Control Risks senior maritime analyst Cormac McGarry told Lloyd’s List the report did not change the risk to international shipping in the region.

Mr McGarry said Israel had the intent and the ability to carry out the alleged strikes, but there was so far no evidence that it had.

“Much of the plight suffered by Iranian vessels can as easily be attributed to their poor state of repair,” he said, since sanctions have made it hard for Iran to renew and repair its ageing fleet.

Mr McGarry said sabre-rattling rhetoric from both sides about security threats was likely to increase in the run-up to elections in Israel and Iran.

Saudi-flagged tankers were at the highest risk of attacks by Iran, followed by ships linked to the US’ Middle East Gulf allies or those carrying Saudi oil.

But for ships with no obvious ownership or other perceived links to political tensions, Mr McGarry said: “It is unlikely anything is going to happen to your vessel.”

Risk Intelligence chief executive Hans Tino Hansen ranked the threat to ships from highest to lowest: Vessels directly supporting the Saudi war in Yemen, from Houthi attacks; Israeli or Iranian ships, targeted directly or indirectly; Saudi and UAE vessels, primarily tankers targeted by the Houthis; tankers from other countries moving Saudi or UAE oil and gas; other international vessels “in the wrong place at the wrong time”.

He said any Israeli acts of aggression could increase the threat to Israeli-linked vessels.

“Commercial shipping has become an unwitting victim of a multifaceted, asymmetric regional conflict in which harassment, sanctions, seizures and covert attacks are used for diplomatic messaging and power projection,” said Mr Longworth.

He said not all covert acts were made public or reported accurately, and the risk to shipping depended on the complex interaction of regional politics, trading links and conflict developments.