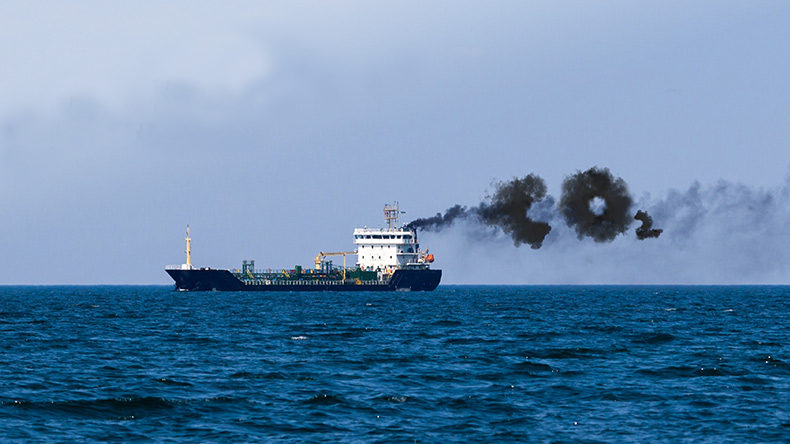 The IMO's MEPC 76 will met virtually in mid-June.

THE International Maritime Organization is facing a call to impose a $100 levy on greenhouse gas emissions from ships, in the first ever concrete proposal for an emissions levy on shipping.

The Marshall Islands and the Solomon Islands have made the proposal to the IMO’s Marine Environment Protection Committee in June.

The proposal, seen by Lloyd’s List, would establish a mandatory and universal greenhouse gas emissions levy by 2025 with an entry price of $100 per tonne of carbon dioxide  equivalent followed by "upward ratchets on a five-yearly review cycle".

“The levy could either be levied at point of bunker or emissions but the co-sponsors note that most evidence reviewed suggests efficiency and ease of a levy on bunker,” the joint proposal says. It calls for the tax to be applied to all ships without exceptions.

“Exemptions would be discouraged. All ships of all flags would be levied equitably on all fossil fuels bunkered. No ship would be treated more favourably than another.”

Albon Ishoda, the Marshall Islands ambassador to Fiji, wants governments to consider the proposal at the MEPC in June.

“It would provide a clear signal to the market and all industry actors of the shipping industry’s commitment to decarbonisation at requisite speed and scale, and it would also help to make decarbonised shipping fuel and technologies cost competitive with business-as-usual emission-based technology options,” he said in a statement.

He said that the majority of the funds would go towards helping climate vulnerable countries, such as the Marshall Islands and the Solomon Islands, to meet different climate change adaptation and mitigation needs.

“Another portion of funds would be directed to subsidise the research, development, and deployment of new technologies and fuels administered under the mandate of the IMO.”

The proposed $100 levy is higher than the European Union’s existing carbon price, which does not include shipping and stands today at around €40 ($47.90) per tonne of CO2.

However, it is lower than the one that commodities trader Trafigura had proposed last year, at $250 to $300 per tonne of CO2 equivalent.

The Marshall Islands and the Solomon Islands recognised that based on evidence a $250-$300 levy per CO2 equivalent by 2030 would be needed for a transformational change to happen, but see benefits from an initially low price that would be gradually increased.

“Even though below the necessary $250-$300 tonne price, it would still enable take-up, if some portion of revenues raised are reinvested into the sector’s decarbonisation and used in subsidising research, development and deployment (RD&D),” they said.

This is the first proposal for a market-based measure on shipping since the IMO adopted its initial greenhouse gas strategy in April 2018.

Market-based measures, which can take different forms including a carbon levy, a fuel levy and emissions trading schemes, are widely considered to be the most effective tool at regulators’ disposal to reduce emissions.

However, they are very politically contentious because they would raise the cost of fuel, affect transportation costs and generate significant revenues that governments need to agree how to allocate and spend.

At the MEPC last November, governments disagreed on whether to start discussing MBMs, providing further evidence of how sensitive the issue is.

The Marshall Islands and the Solomon Islands have been among the most outspoken critics of progress at the MEPC, deeming the measures that regulators have agreed to thus far to be insufficient to curb emissions.

Where would the revenues go?

The IMO’s fourth greenhouse gas study had estimated that in 2018 international shipping's vessel-based emissions amounted to 919m tonnes of CO2.

If the proposed levy were applied to all ships it would raise $91.9bn per year based on 2018 emissions levels.

The Marshall Islands and the Solomon Islands argue that the longer-term impacts of their proposal are “most likely positive overall for the sector” and that potential negative impacts would be short to medium term, “and in the vast majority of instances are likely no more than minor and no more than are routinely already absorbed from oil market and freight price variations currently”.

They acknowledge that the potentially disproportionally negative effects would be for a “small and narrow number” of countries.

But they also recognised that governments at IMO failed to make progress on market-based measures talks in 2013, partly due to their inability to agree on how to deal with the potential side effects of such a measure.

To avoid a repetition of the situation they suggest that these side-effects are compensated for using revenues from the new levy.

“It is proposed that this GHG levy be brought under the Principle of Polluter Pays (PPP) and revenue is therefore directed to address environmental and societal externalities resulting from the combustion of fossil fuels within the maritime sector, most likely disproportionately high for the climate most vulnerable nations,” they said.

A disbursement formula developed by the countries shows they want at least 51% of the levy revenues to go towards these climate change mitigation and adaption efforts.

However, they also support part of the money, up to 33% of it, going towards a fund that would be dedicated to shipping's decarbonisation R&D and deployment.

“Support for the transaction costs incurred would take up the final portion of the revenue, both for port and flag states in administering collection of revenues and administration of the disbursement,” they added.

These costs are estimated at 16% of the revenues, according to the submissions.

This story has been updated with additional information since publication.