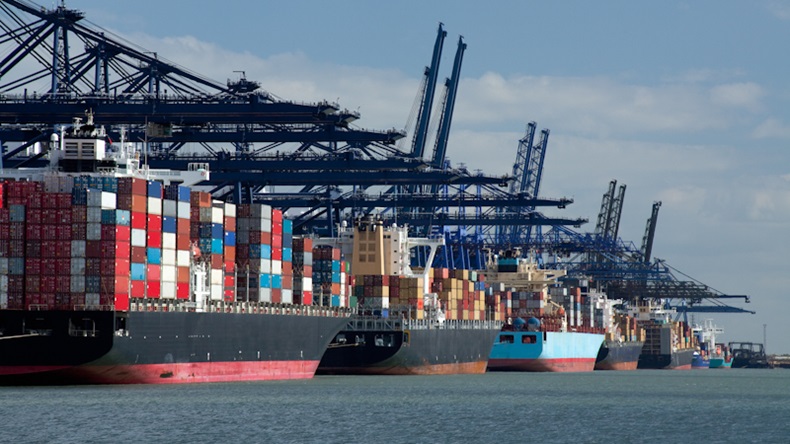 
Institutional investors advised by JP Morgan Asset Management UK are reported to be behind an order for 15,000 teu containerships that are not linked to a charter commitment.

The dry bulk market, which is witnessing the best first quarter in a number of years in what is traditionally a weak period, has generated a lot of buying interest for secondhand tonnage, especially for smaller-sized ships, according to a sales and purchase broker.


The chances of the widow of a Bangladeshi shipbreaking worker securing compensation in the English courts remain low, even though the Court of Appeal last week ruled that her case can proceed, according to legal experts.


The number of containerships waiting to berth off Long Beach and Los Angeles has dipped slightly, but congestion at the key US container ports remains a constraint on supply chains.

Increased focus on the offshore wind market has attracted tie-ups, as well as plans for public listings.


The UK Chamber of Shipping has hailed its lobbying efforts as a success after seafarers will be exempt from having to quarantine.

A military resolution may be required to break the deadlock over a floating storage tanker in the Red Sea.

Confidence in the dry bulk market has helped drive the Greek-owned merchant fleet to a record 350m dwt over the past 12 months, but tankers are the dominant tonnage type in a threadbare order book for Greek owners.

New York-listed Ardmore Shipping Corp has entered into a joint venture with a private equity firm and a start-up to develop methanol to hydrogen marine propulsion technology.

Panama is seeking the International Maritime Organization’s help for shipowners and seafarers who have been stranded in China because of the trade dispute with Australia.

Infrastructure is expected to be the next big legislative priority for the Biden administration now that the president has signed his flagship $1.9trn coronavirus relief bill.

Castor Maritime, the Nasdaq-listed shipowner, has further expanded its fleet with an eighth acquisition since the start of the year.