Mandatory accident investigation reports submitted to the IMO show improvement, although personal targets set by secretary-general are unlikely to be met 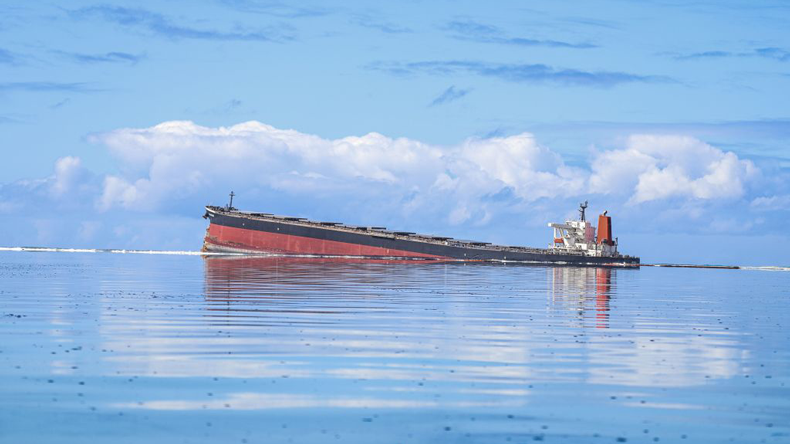 Source: Getty Images Although preliminary findings were released by the Panama flag two months after the Wakashio incident in July last year, it has not yet accessed the ship’s black box.

THE trend for submitting casualty investigation reports is improving, but there is still much that needs to be done to get to a 100% filing rate required by flag states.

Following an initial investigation by Lloyd’s List in 2018 which found that only about half of required submissions were being filed to the International Maritime Organization for lessons to be learned, its secretary-general Kitack Lim said that it would be his personal mission to improve the rate to 80% by 2022.

That target is unlikely to be met.

Of the 526 very serious shipping incidents that involve loss of life, major pollution or total loss of vessel that took place between 2017 and 2020, 322 accident reports have been submitted, according to data compiled by Lloyd’s List from the IMO’s Global Integrated Shipping Information System, or GISIS.

That gives a submission rate of 63%, which is an improvement from the almost 50% two years ago.

But, while that is the case, there are still 37% of reports outstanding over the four-year period. The reports are required under the Safety of Life at Sea (Solas) convention.

Indonesia tops the list for missing reports at 16, followed by Panama at 13 and Hong Kong at 11.


As has previously been mentioned, the reasons for not filing reports in a timely manner are varied, from lack of resources, to language barriers, or waiting for testimony. The investigations could even get held up due to legal battles.

A spokesperson for the Hong Kong flag said that it had met all its obligations, with a summary report submitted to GISIS within six months of the incident. The full report will only be submitted after completion of the investigation.

The whole process usually takes a year or more, depending on the complexity of the case, other parties involved, and collection of information.

The Panama flag said that it continued to strengthen its due diligence procedures.

It has not completed all its marine casualty reports due to various factors, including the health crisis, which prevented some of its investigations from being conducted as a result of travel restrictions. A few reports are still in the process of being compiled.

Although the flag released its preliminary findings two months after the Wakashio (IMO: 9337119) incident in July last year, it is still trying to get access to the Voyage Data Recorder, which is the ship’s black box, as well as to the bulk carriers official documents/records, which have been retained by local police.

The Panama-flagged vessel was on its way to Brazil to pick up a cargo of iron ore when it grounded on a reef off Mauritius, causing more than 1,000 tonnes of fuel to spill. The incident was seen as the worst environmental disaster in the island’s history.

The Marshall Islands, which flagged the 2016-built vessel, said that the report into the incident was currently going through a review process, and would be submitted to the IMO once completed.

According to a summary on the GISIS database, flooding of the fore tank void and No. 1 water ballast tank was reported, with additional flooding of a WBT on the starboard side. The ship was sunk in June 2020, some four months after the incident.

The Marshall Islands registry has however completed two reports for incidents that took place in 2020; that of the bulk carrier Delicata (IMO: 9613317) and the bulker Singapore Spirit (IMO: 9246308), the GISIS database shows.

Both incidents involved individual deaths; one crew member who fell off a ladder, and the other who entered an enclosed space “without following established procedures”.

The best year for submitting reports was 2018, at 85%. That was the year that Lloyd’s List first investigated the failure of flag states to file mandatory accident reports.

That compares starkly with the aviation industry, which is required to have a preliminary report within one month of an accident, with a final report within the year.

The timing of the delivery of the marine casualty reports has thus been a cause for concern for some time now, as the industry needs the official investigation write-up for lessons to be learned promptly and action taken for any obvious defects found, which can then be addressed in the appropriate forum.

A number of non-governmental organisations with consultative status at the IMO intend to propose amendments to the casualty investigation code to include defined and mandatory time limits for submissions of reports.

The current code encourages reports to be filed “as soon as is practicable” without stipulating any time frame.

Study shows 173 lives lost in bulker incidents over a decade

The proposal is expected to be discussed at the sub-committee for the Implementation of IMO Instruments, which meets in July.

“A strategy to improve reporting rates has been developed and work is ongoing in partnership with the Marine Accident Investigators International Forum and other stakeholders, to improve the collection rate and timeliness of reports,” an IMO spokesperson said.

Improvements are also being targeted for the GISIS database to “ease the display of reports that are outstanding.”

The IMO’s auditing system will also look to address any shortcomings.

Audits for flag states including North and South Korea, Liberia and the Marshall Islands, that were scheduled for last year have been moved to 2021.

Russia, Hong Kong, and Panama were among those flag states due to be audited this year, but it is likely the audits will move to 2022, while Indonesia’s audit will have been moved back a year to 2023, according to a new schedule.

A number of shipping accidents have hit the spotlight in recent years, namely the sinking of the Stellar Daisy (IMO: 9038725) in March 2017, with 22 seafarers, mostly from the Philippines, presumed dead.

The Marshall Islands published a comprehensive report two years later in which it found that “catastrophic structural failure” led to the incident.

The Indonesia-flagged bulker Nur Allya (IMO 9245237), which was carrying nickel ore, sank in domestic waters in August 2019, claiming the lives of 25 seafarers. The incident has been linked to liquefaction, but with no official report available, lessons cannot be learned.

The wreck was located in September 2019, but Covid-19 may have prevented analysis from being carried out.

The Sewol (IMO: 9105205) disaster, which killed more than 300 people, mainly school children in South Korea in April 2014, was perhaps the most tragic.

While the incident caused the then-president to resign for his mishandling of the incident, a report has yet to be filed by South Korean authorities.

Since it was a non-Solas ship plying domestic waters, reporting is not required, according to the IMO.

A South Korean court ordered the government to pay compensation to the victims’ families.

While steps are being taken to address some issues with casualty reporting, it is the responsibility of the flag state to ensure the reports are delivered in a reasonable time frame so that analysis can be carried out for the collective good.

Time to get serious over reporting casualties