Labour’s shipping spokesperson would rather be a safe pair of hands from a centre-left perspective than a radical, he tells Lloyd’s List

‘Allowing people to access high-class jobs in the sector and remain in their homes without having to move to big cities is a huge opportunity for us to exploit,’ says UK’s Labour spokesman for shipping 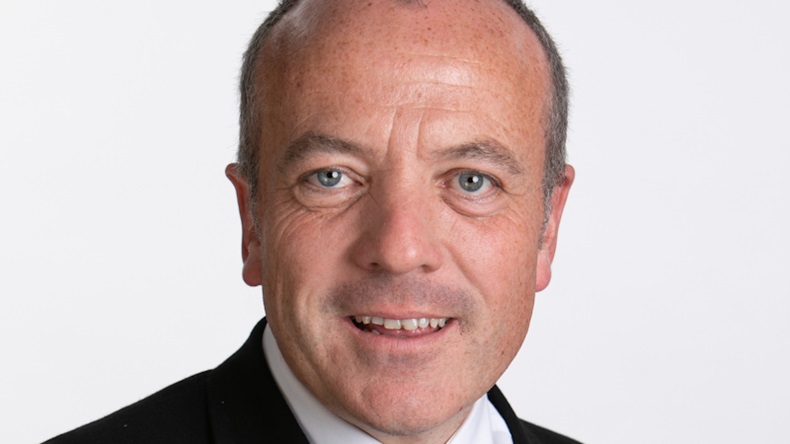 Kane: ‘The Maritime and Coastguard Agency have had huge cuts to contend with. Even pre-pandemic, inspections had gone down from every six months to every two and a half years.’

THE UK’s official opposition political party will boost employment in the maritime sector and strengthen both the Maritime and Coastguard Agency and UK Ship Register if it returns to government, its shipping spokesman tells Lloyd’s List.

Job creation in shipping is seen as an integral part of the drive to regain lost ground in the so-called red wall of traditional Labour seats that switched to the Conservative Party at the last general election in 2019, said Mike Kane.

“Allowing people to access high-class jobs in the sector and remain in their homes without having to move to big cities is a huge opportunity for us to exploit,” he said.

He also highlighted P&O’s decision last year to make more than 1,000 ratings and port workers redundant on account of the coronavirus, a move he branded at the time as a betrayal of British seafarers on a scale not seen since the 1980s.

“We’re just not training enough people to be British seafarers. The primary purpose of leadership is to create new leaders. So every meeting I have with the industry, I’m asking them how are you bringing on new people, ratings and apprentices?”

“I’m probably a bit less radical on some things than Karl,” Mr Kane said. “In light of the pandemic and Brexit, I’d rather be a safe steady pair of hands that comes from a left of centre perspective.

“There are a lot of practical things that are radical enough that we need to concentrate on.”

He describes himself as “a proper Manc”, which for benefit of non-British readers is the standard slang term for those born in Manchester.

He has represented the predominantly working-class constituency of Wythenshawe and Sale East, home to what was once the largest social housing scheme in Europe, since a by-election victory in 2014.

Like many proper Mancs, he is of Irish extraction, and plays in an Irish pipe band in his spare time.

Indeed, Labour insiders say he is well connected in the Irish communities in both Britain and the US, which forms an important part of the bedrock support of the Labour and Democratic parties respectively.

Mr Kane’s role is to shadow Robert Courts as parliamentary under-secretary of state at the Department for Transport, taking in aviation and space in addition to our industry.

Given that Wythenshawe is home to Manchester airport, he can be presumed to have had a working knowledge of aviation issues on appointment. The shipping elements of his responsibilities have had to be learnt on the job.

“I spent my life growing up on the Holyhead ferry going to the west of Ireland. That’s my closest connection,” he admits.

“It has been a real pleasure to do it. Getting to know the industry has been part of the brief. The Chamber of Shipping have been superb, Maritime UK have been really good to me.”

He also points out that while Manchester is landlocked, it was until recent decades the site of a substantial inland port, thanks to the Manchester Ship Canal, a 36-mile waterway built to service the city’s once mighty textile and engineering industries.

At its peak in the late 1950s, Manchester laid claim to be the third-busiest port in Britain.

Mr Kane has had regular virtual meetings with port managers at Liverpool, Southampton and Felixstowe, and has even managed a face-to-face meeting with Associated British Ports-operated Hull.

In line with Labour leader Keir Starmer’s commitment to constructive opposition for the duration of the pandemic, he has also worked with Mr Courts on issues such as ensuring repatriation of seafarers trapped because of the crew change crisis.

While he supports according seafarers key worker status, that does not mean they should jump the queue for vaccination.

“I think there’s merit in the case, but we’re getting through 500,000 vaccinations a day. So we should go with the doctors and prioritise vaccinations on grounds of age and for those with underlying medical conditions,” he said.

Tonnage tax — the main innovation to UK shipping policy in the New Labour era — was designed as a quid pro quo, but has not worked out as its main architect, former seafarer John Prescott, intended.

Shipowners were essentially exempted from corporation tax in return for a promise to train more seafarers, but more than two decades later, two-thirds of UK seafarer certificates are held by foreign nationals.

Mr Kane indicated that the party is still broadly committed to the principles of the Carter Review, commissioned but not enacted by the last Labour government in 2010.

Author Susan Carter recommended that UK-flagged vessels should pay the same rates to all seafarers, regardless of nationality. That is a proposition that would seem a self-evident matter of natural justice to many Labour supporters.

But the Chamber of Shipping countered that Ms Carter demonstrated “breathtaking ignorance” of industry workings. Pay equalisation would cost hundreds of millions of pounds a year and inevitably lead to mass flagging out, it argued.

Mr Kane evidently has some sympathy for the main thrust of Carter, but does not sign up to the small print, especially given some changes to the underlying situation.

The national minimum wage has since last year applied to seafarers working between UK ports and in the offshore supply chain, which it did not when the document was written.

Moreover, Britain is no longer in the European Economic Area, and cannot seek reciprocity.

“We have the ambition of making sure people are treated with respect and dignity in the workplace, on ships as well, and are paid a decent minimum wage.

“There should be equal pay for equal work, but some of that is beyond the scope of the UK shipping minister or shadow minister.”

Mr Kane also expressed concern over the state of the MCA and UKSR, especially in light of spending cuts during the last decade. That could mean more cash for the former, he hinted.

“The MCA have had huge cuts to contend with. One of the criticisms I have is even pre-pandemic, inspections had gone down from every six months to every two and a half years.

“And they’ll have a bigger job going forward with Brexit. I’m not sure they’re adequately resourced. Ship inspections every two and a half years is almost as poor as Ofsted. It doesn’t give you a true reflection. We will assess the need and match resources to it.”

Both search and rescue services and the investment in the capability to fight fire at sea have also been cut, he points out. The risks of such a policy can be seen in incidents as the engine room fire on ro-pax Pride of Hull (IMO: 9208629) last year.

While the red flag has traditionally been a Labour symbol, Mr Kane also wants to promote the Red Ensign, which has seen a substantial outflux of tonnage as a result of Brexit. He pointed in particular to Atlantic Container Line’s move to Malta last year.

“I don’t think there should be a competitive advantage to do that. But that’s the global nature of the industry.

“Shipowners should register where they do their main business. That’s only legitimate. Having said that, I’m not an international maritime lawyer and that’s easier said than done.

The current government’s flagship maritime policy has been the creation of freeports, with the first tranche of eight unveiled in Chancellor of the Exchequer Rishi Sunak’s budget last week.

Mr Kane ranks among the sceptics, describing freeports as a curate’s egg that could have limited positive effects, but will largely displace existing economic economic.

Freeports were “a hullabaloo of an announcement with little practical effect”, he says, adding: “You get a series of losers because you have an arbitrary perimeter. People on the outside of that boundary are paying full tax and you get a lot of jealousy.”

UK urged to step in to protect ferry jobs