The pandemic has fuelled shipping’s digitalisation acceleration, but progress has not been uniform and the industry is dividing into the connected ‘haves’ and the analogue ‘have nots’

Few doubt digital technology will change the industry, but there are more pragmatic questions now being asked by company boards looking at shipping’s woeful track record in yielding a return on invested capital. The latest Lloyd’s List live event gathers industry leaders to discuss a more hard-headed approach to the digital revolution 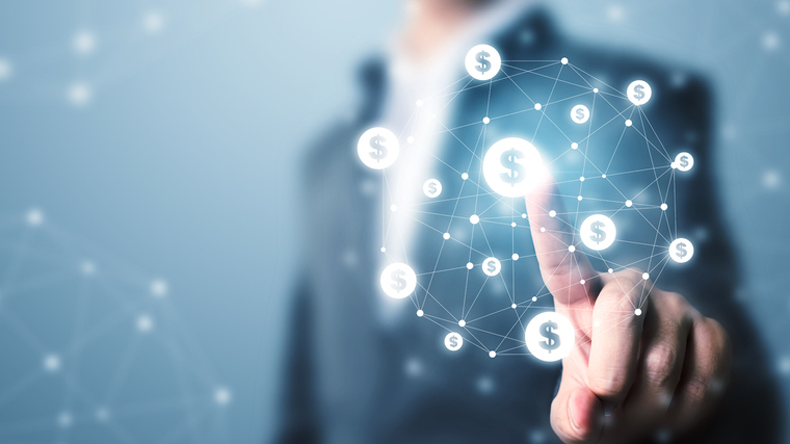 Source: marchmeena29 / iStock / Getty Images Plus There’s no doubt digital technology will change the industry, but there are more pragmatic questions now being asked by company boards.

IN 2015 Elon Musk, the boss of electric-car maker Tesla, predicted the arrival of “complete autonomy” by 2018.

But progress has lagged and costs have spiralled. The grandiose promises of the tech sector have given way to more measured forecasting and even the most enthusiastic auto executive now talks of self-driving cars appearing gradually over the next 30 to 50 years as firms increasingly switch to a more incremental approach on the development of AI.

There has been a similar sobering process in shipping, where the initial visions for a rapid maritime digital revolution have been tempered by the reality of just how far and fast an industry as fragmented as shipping is prepared to move.

“The order of magnitude is bigger than people were expecting. People saw the vast amounts of data that shipping has and said, ‘With a million dollars we will be able to change a lot’.

“But instead of it being a fraction of the cost of a small ship it became a big ship, then a fleet — we’re on a trajectory here,” said Ioannis Martinos, chief executive of chartering platform provider Signal Group.

There’s no doubt digital technology will change the industry, but there are more pragmatic questions now being asked by company boards looking at shipping’s woeful track record in yielding a return on invested capital.

“People want to know whether the investment will be worth it and what is there to be gained when this investment matures,” said Mr Martinos.

The buzzwords and bluster of recent years are finally giving way to tangible investment in platforms, apps and connectivity that are revealing the full extent of cost efficiencies and competitive advantage now possible.

Over the course of 2021 Lloyd’s List will host a series of live digital events, on-demand content and special reports examining the tipping points and dynamics that will shape the future of the global maritime sector from decarbonisation and sustainability, to digitalisation and innovation

Of course, not all digital investments are equal and the wider issue shipping’s fragmented approach to solving parts of the puzzle in silos has not disappeared.

Disruptive technology is a given — connected platforms, cloud-based services, mobile devices and apps, sensors and other Internet of Things technologies, augmented reality, autonomous transportation, blockchain technology, and big data... they are all finding port applications with degrees of success.

But the bigger challenge is not in the hardware or software — to be truly effective, stakeholders have to do more than simply adopt these technologies on their own. Instead, they must embrace platforms and services that make it easier for stakeholders to work together to promote the efficiency of the overall ecosystem.

Data standardisation has proved, to date, to be frustratingly difficult to establish. Platforms launched with the hope of unifying are now accepting that they will be one of many operating in ‘an ecosystem’ of data. And while the direction of technological progress is clear, the risk of emerging divides could yet harden.

The analogy here is that we are still sending data in a break bulk mentality with myriad standards, formats and sizes. The birth of a single global standard — the 20 ft container — that revolutionised shipping has not yet been found digitally.

“Shipping has no shortage of sophisticated high-end solutions, but it’s happening in silos still and the problem is how to wrap it all together and make it work,” said Sven Brooks, senior director of IoT Business Development at KVH.

“Applications are not the problem and the take-up is starting to get there, but standardisation and upgrading the whole system is the next step that still needs to happen,” said Mr Brooks.

While standardisation is undoubtedly the key to much of the innovation promised by the digital ecosystem currently being constructed, many are now taking a more pragmatic attitude to the pace at which it can be achieved.

Creating transparency across the supply chain and supporting collaboration, even where complete standardisation is some way off, is now the more hard-headed ambition for those seeking digital progress.

According to Søren Meyer, chief executive of to ZeroNorth — the Copenhagen-based firm spun off last year from Maersk Tankers — those looking for a silver bullet will be waiting a long time. Progress is possible, though, if collaboration across the supply chain can be achieved.

“It’s not about getting more data — it’s about getting the right data to where it needs to be and in our case that’s about empowering the charterers, who are paying the bills and have control over making efficiency decisions. Collaboration and partnerships are the key and no single company can solve the challenge alone,” said Mr Meyer.

While standardisation would help it’s entirely possible to aggregate information from multiple sources and absorb it “in a way that can yield value now, not in 2030,” says Mr Meyer.

On March 17 Lloyd’s List will host the first in a series of live events being staged as part of our ‘Future of Shipping’ series.

Over the course of the year we will gather industry leaders, policy-makers, investors, financiers and sector experts to offer informed analysis and intelligent debate, examining the tipping points and dynamics that will shape the future of the global maritime sector.

You can register for free to attend the ‘How to digitalise shipping’ webinar on March 17 at 9am London / 5pm Singapore time.

Education will ignite digitalisation, not compulsion