Despite high-profile declarations, commodities traders chartering tankers and drybulk vessels still ‘have to get act together’, amid rising shipowner resentment and looming introduction of vaccine passports

‘When the market is against the owner and you are bleeding, they kneel on your neck… and they impose things that are inhuman,’ says Safe Bulkers chief 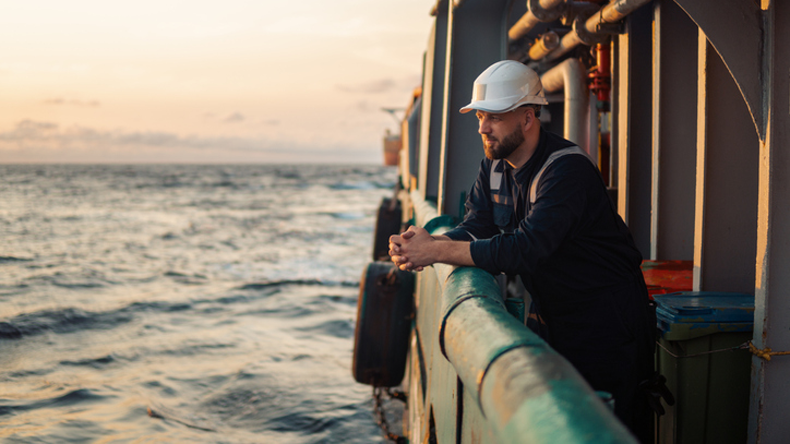 The pending introduction of vaccine passports and charterers' refusal to allow crew changes are the biggest threats to the world’s 1.5m seafarers.

CHARTERERS of vessels have found increasingly sophisticated ways to avoid crew changes and compound misery for hundreds of thousands of seafarers stuck at sea by the pandemic.

“When the market is against the owner and you are bleeding, they kneel on your neck… and they impose things that are inhuman,” said Polys Hajioannou, chief executive of Safe Bulkers, operator of 42 vessels.

The pending introduction of vaccine passports and charterers’ refusal to allow crew changes are the biggest threats facing the world’s 1.5m seafarers, the Capital Link shipping forum heard on March 2.

Around 40% are stranded on vessels with expired contracts or waiting to board and replace them.

“Things have changed over the last few months but there’s still a long way to go,” International Chamber of Shipping secretary general Guy Platten said, adding that charterers “have to get their act together.”

“The oil majors are much more sophisticated, and they’ve come up with new ways of avoiding the responsibility (of crew changes) and that we can deal with,” he told the forum.

“We have to go to the top of the chain to these multi-nationals and talk about their due diligence programmes, their reputational risk and put a spotlight on it — if we can prove it, we will.”

They are among the 300 signatories to the Neptune Declaration on Seafarer Wellbeing that pledges to support crew changes.

Absent from the Global Maritime Forum initiative launched on January 26 are many of the Middle East, Chinese and other Asia-based charterers that comprise significant volumes of crude and refined product trades.

The ICS is meeting with an undisclosed group of charterers on March 4 “to try and get them to face up to their responsibilities”, according to Mr Platten.

“It’s the only part of the industry which hasn’t been represented (in the crew change crisis debate) — shipmanagers and shipowners and others have — but they’re lacking… they’re on the wrong side of history now.”

The ICS had not responded to requests for further information about the meeting at the time of publication.

Charterers on the spot market won’t select ships for single voyages if they require crew changes, or if seafarers aboard have expired certificates, said Frederick Kenny, the IMO’s legal and external affairs director.

The United Nations Global Compact, along with the IMO, International Labor Organisation and UN Commission on Human Rights will attempt to tackle non-compliance by targeting investor sensitivity to Environmental, Social and Corporate Governance (ESG).

Their work “will be providing a human rights due diligence tool for the industry that specifically addresses these issues that companies, particularly charterers, need to be looking at before they’re making contracts to see whether as a matter of corporate social responsibility living up for their humanitarian responsibilities,” Mr Kenny said.

“We’re already starting to see reports of some ports that are going to be requiring people to be vaccinated in their ports, and this is an ominous development if we don’t have a plan in place to get seafarers vaccinated,” said Mr Kenny.

Complicating any seafarer rollout is the COVAX alliance position that only governments can secure vaccines, said Mr Cotton.

The Gavi COVAX alliance, working with the World Health Organisation, the World Bank, Unicef and the Bill and Melinda Gates Foundation, procures vaccines for developing countries where many the world’s seafarers are from.

Lobbying is now underway to establish crew change and vaccine hubs with supportive governments. Cyprus and Singapore were singled out at the forum.

Of the 192 member countries in the IMO, 56 have designated seafarers as key workers, which should prioritise vaccine access.

“A vast proportion of our workforce comes from developing nations whose access to vaccines is going to be limited,” Mr Platten said.

“I think we have a very strong case to be able to procure vaccine on behalf of our seafarers and for the industry to make sure that the resilience of the supply chain continues.”

The European Commission will consider a proposal for digital vaccine passport this month as a very to avoid quarantine restrictions.