US-based dry bulk owner is bullish on the sector this year, and is even more so for 2022 due to a continuing shrinking fleet

Genco’s chief executive says demand for coal, grains and minor bulks, has kept rates buoyant for the smaller sizes. But, capesize rates, currently the weakest, should bounce back by April 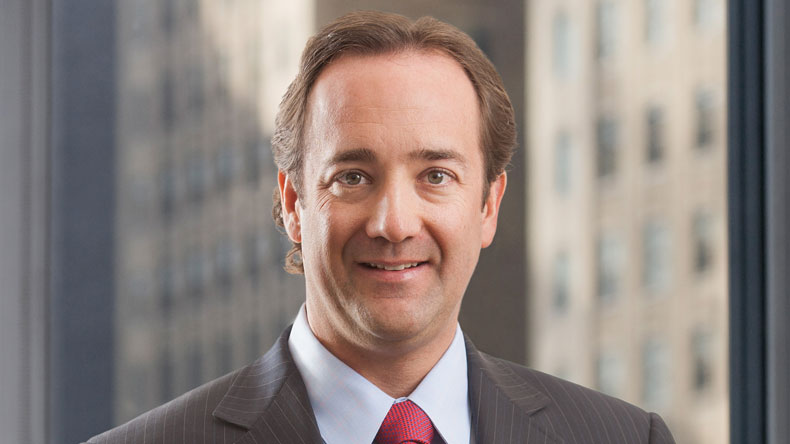 Source: Genco WOBENSMITH: A perfect rainbow is forming now over the dry bulk market with a healthy multi-year outlook.

GENCO, a US-listed bulker owner, is positive on freight rates for both this and next year.

“A perfect rainbow is forming over dry bulk market with a healthy multi-year outlook,” chief executive John Wobensmith said in an interview.

The company has 41 vessels in its fleet, consisting of 17 capesizes, all scrubber-fitted, nine ultramaxes and 15 supramaxes. It has recently exited the handysize space.

Current capesize rates, which trail the other segments, are a function of a normal seasonal lull, although are still higher now than at the same time in previous years. The market was hit by supply issues rather than any demand concerns.

Mr Wobensmith expects the rates to rebound by the end of March or early April, given that the rainy season in Brazil is coming to an end as well as scheduled maintenance, which will lead to higher iron ore volumes from the country’s biggest miner Vale.

Moreover, iron ore prices at $170 per tonne gives incentive for miners to shift product, he said, adding that as China’s steel production continues to see growth, inventories of steel and iron ore are being drawn down, which signals “demand is there”.

The World Steel Association estimates that China produced 90.2m tonnes of steel in January, an increase of 6.8% from the same month a year earlier.

The smaller dry bulk segments have been led by a strong Atlantic market mostly driven by grains from the US and soon Brazil, which is expected to have a record crop, Mr Wobensmith said, adding that abundant shipments of petroleum coke, fertiliser and cement cargoes on backhaul have added to the strength.

Genco booked an ultramax for a cement shipment at $19,000 per day.

In the Pacific, coal movements into India from Australia, and China’s imports from South Africa and Indonesia have been driving rates higher, he said. Vietnam is also pulling in thermal coal, and will be growing coking coal imports because of rising steel production.

The company has been trading vessels in the spot market to capture the upside.

While the prospects for this year look good, Mr Wobensmith is “more excited” about 2022 as vessel supply tails off even further.

The company has been active in the sales and purchase market over the past few months and any acquisitions will concentrate on builds completed after 2015 as that is when “eco” engines came into play, he said. “There is still time to invest as asset prices have risen a little, but have not run away, as we are at the upper part of the lower quartile.

“With the cash and leverage position we have, we are always looking at opportunities but nothing concrete as yet.”

As with many other executives, Mr Wobensmith does not expect large ordering of newbuildings to take place until there is a clear picture about future fuels.

“The good news is that there are lots of options (to decarbonise shipping),” he said, adding that while liquefied natural gas was a short-term fix, it was better to spend more time on long-term solutions.

He said Genco is looking closely at ammonia, which seems to be leading the pack for larger ships, although the engines are unlikely to be developed until 2024 at the earliest, while the infrastructure will also take a few years. Meanwhile, hydrogen on smaller ships may work.

The company has an environmental, social and governance strategy.

It sold off older, inefficient vessels, which helped to lower its carbon footprint by 10% since 2018, and will reduce it further in the coming year, with the addition of modern ultramaxes, according to the executive.

It is a US filer, with an independent and diverse board, and no related party transactions, he said.

On the social side, the company contributes to the Seamen’s Church, organises beach clean-ups, though not since the coronavirus pandemic, and supports local charities within New York city, where it is based.

It recently joined the Neptune Declaration on Seafarer Wellbeing to help address the humanitarian crisis at sea because of the pandemic. It has completed more than 100 crew changes involving about 2,000 seafarers.

Despite major shareholders such as Centerbridge, Apollo and Strategic Value Partners reducing their collective stakes in recent weeks from 58% to 32%, potentially linked to end of life investment cycles as two of them entered in 2013, the sell-off may have improved liquidity in the stock.

Cleaves Securities ranks Genco as its top pick in the dry bulk sector. It has a “buy” rating on the stock and sees a 53% upside to its target price of $16 per share.