Hunger strikes. Crews unpaid and abandoned. Rumours of suicides, but no obligation to report them. Shipping must be better than this

Seafarer abandonment cases continue to climb, while suicides are going uncounted. Meanwhile calls are growing to ensure crews are not denied coronavirus vaccines, and for the industry take better care of its workforce 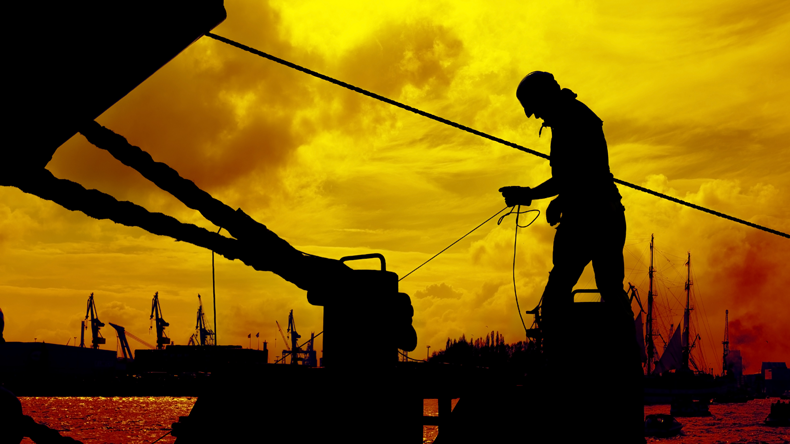 Source: Lammeyer/Getty Images Seafarers are speaking up about mental health, but there is a long way to go.

THE crew-change crisis has inflicted extreme hardship on seafarers, but much of what ails them predates the pandemic.

Four crew members on board an a edible oils tanker abandoned in Lebanon since March went on hunger strike to protest against their treatment. They have since been sent home.

Less lucky are the crew of 20 on a bulker stuck in Kuwait on hunger strike since early January, who had not been paid for 11 months. Some of the crew have been on board for up to 26 months.

Last year there were at least 76 new recorded abandonment cases involving more than 1,000 seafarers, more than double the 2019 figure.

Being stuck at sea or on land without income continues to worsen seafarers’ mental health, maritime charities have said.

Other changes mean crews also interact on board less than they used to. Some charities say suicides have increased because of the crisis.

Maritime charities fear the toll of the lockdown measures on seafarers’ mental health and there are anecdotal reports suicides have risen in 2020. But with no central database to count them, shipping is left in the dark

But since no one is counting global suicides at sea, we don’t know. The Australian Maritime Safety Authority wants reporting of deaths made mandatory. Seafarers UK has also called for better reporting.

More data would clearly help. But companies do not need it to do something now. Better amenities, internet, and even food can help ease the strain. Company culture matters, and seafarers must feel they are being listened to.

Chief correspondent Richard Clayton notes crews will continue to be the backbone of the industry once its greenhouse gas targets are hit, and it’s time to bring some humanity to shipping.

More attention is also being paid to seafarer exhaustion, after the World Maritime University’s damning report last year into work and rest hours.

Meanwhile unions have called for a global programme to vaccinate seafarers amid fears they will find themselves at the back of the queue for jabs.

Besides dimming the appeal of a life at sea, the pandemic may have longer-lasting symptoms for crewing. The Philippines risks losing its dominance as a crewing nation after travel curbs caused deployments to plummet.

And with pressure growing for more travel curbs because of scarier covid-19 variants, countries must ensure “key worker” status is more than just a term of endearment.