‘It’s the first judgment we’ve had in over 40 years on the collision regulations, and it really goes to town on how to interpret the regulations as they apply to all ships, not just big ones’ — barrister 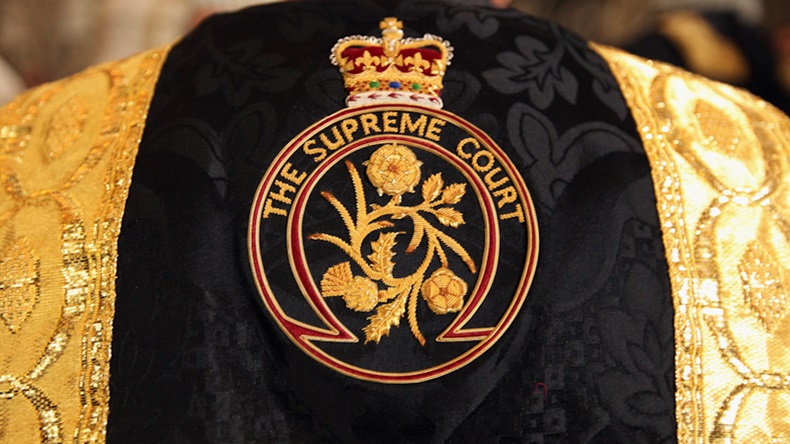 Source: Dan Kitwood/Getty Images The judgment unanimously overturned earlier rulings from the High Court and the Court of Appeal.

EVERGREEN has clinched a dramatic legal victory in the Supreme Court that could save it tens of millions of dollars in a case with industry-wide implications for the application of collision avoidance regulations.

The outcome essentially simplifies and restates the crossing rules in most situations and asserts their primacy, according to Simon Rainey QC, who acted for the winning side.

“It’s a fantastic judgment, because it is the first judgment we’ve had in over 40 years on the collision regulations, and it really goes to town on how to interpret the regulations as they apply to all ships, not just big ones,” he said.

The case centred on a collision between a very large crude carrier and a boxship near the entrance to Jebel Ali in 2015, which saw tanker Alexandra 1 (IMO: 9127148) landed with a $32m repair bill after hitting Evergreen vessel Ever Smart (IMO: 9300403), which sustained lesser damage of around $4m.

The incident was marked by bad-tempered exchanges between the two bridges, with the master of Alexandra 1 resorting to frequent profanity as events unfolded.

At issue is the correct interpretation of the International Regulations for the Prevention of Collisions at Sea (so-called Colregs).

In particular, the case centres on whether rule 9 (narrow channel rule) or rule 15 (crossing rule) apply in circumstances where Ever Smart was exiting a narrow channel and Alexandra 1 was navigating towards that channel in preparation for entering it.

Both rules present different requirements, and their simultaneous application would be unsafe.

Evergreen contended that the crossing rules applied, because Ever Smart and Alexandra 1 were both power-driven vessels “crossing so as to involve risk of collision”.

Therefore Alexandra 1, as the “give-way vessel”, should have kept well clear of Ever Smart as the “stand-on vessel”, which was required to maintain course and speed.

The High Court held that the crossing rules did not apply, because Ever Smart was navigating within a narrow channel and Alexandra 1 was approaching the narrow channel, intending and preparing to enter it.

In consequence, the narrow channel rules applied and displaced the crossing rules.

In addition, Teare J found that the crossing rules were not engaged in any event, as Alexandra 1 was not on a steady course, despite being on a crossing course and on a steady compass bearing from Ever Smart.

As a result, Ever Smart was deemed 80% liable for the damage caused by the collision and Alexandra 1 to be 20% liable.

The Court of Appeal agreed on both issues and on apportionment, prompting Evergreen to appeal to the Supreme Court.

The Supreme Court unanimously allowed the appeal, citing the opinion of Lord Wright in The Alcoa Rambler [1949] AC 236 (Privy Council) that “wherever possible” the crossing rules “ought to be applied and strictly enforced because they tend to secure safe navigation”.

The judges held that the crossing rules did in fact engage and that there is no steady course requirement. This being the case, Alexandra 1 as the give-way vessel was obliged to take early and substantial action to keep well clear of Ever Smart.

The High Court will now need to redetermine the apportionment of liability between the two parties.

Mr Rainey said the decision re-emphasised the position of the crossing rule as a multipurpose rule for avoiding collisions.