Lloyd’s List understands that more than 200 seafarers are involved in the Danish conglomerate’s move to replace Mases-Coscoman with Singhai Marine as its manning agency in China. They will choose whether to leave or stay with the Chinese employer

Maersk: ‘It is always our priority to ensure the welfare and well-being of all our seafarers and provide them with the most optimal service as an employee’ 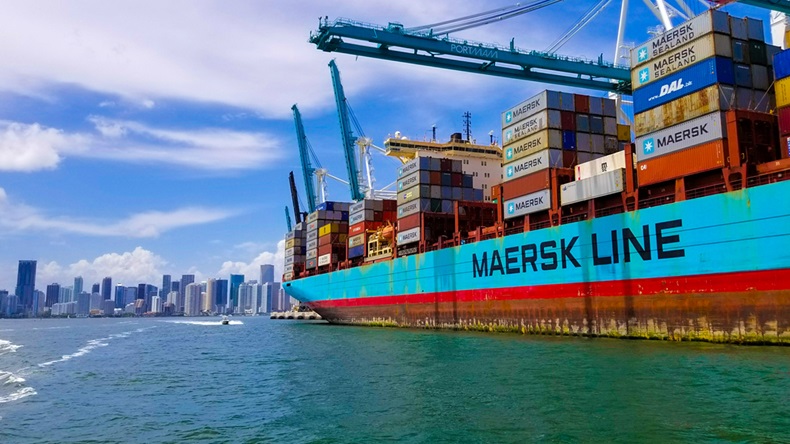 MAERSK will stop the use of a Cosco Shipping unit as its manning agent in China, raising a stay-or-go question for more than 200 seafarers.

Lloyd’s List understands that about 230 seafarers are involved in this shift of partnership.

They are required to quit the Chinese manning firm, also known as Mases-Coscoman, and to sign up with Singhai, which has its Chinese headquarters in Shanghai.

Without commenting on the details, Maersk has confirmed the transition in an email statement.

“A decision was made to engage with a new crewing (agency) partner in China.” it said. “It is always our priority to ensure the welfare and well-being of all our seafarers and provide them with the most optimal service as an employee with Maersk.”

The shipping and logistics conglomerate said the move is part of its latest reorganisation efforts, in which the company’s onshore and marine human resource departments were merged last year to gain efficiency and create synergies.

Maersk’s Asia marine HR team in India has started to take over the operation from China since the beginning of February when Mases-Coscoman was notified of the decision to end the partnership, said sources familiar with the matter.

“Currently we are amidst the transition, and our focus is on supporting our seafarers through this process and ensuring that they have a seamless experience.” said Maersk.

The Cosco subsidiary appears to have been caught on the wrong foot, according to a reply it wrote to Maersk and the involved seafarers.

The content seen by Lloyd’s List said the Chinese manning firm “disapprove” of the way Maersk informed it of the change of agent in just a simple letter.

It added that this could lead to contract issues facing the seafarers in its employment.

“Crew managed by our company should still be sent by us to Maersk before a consensus is reached on the termination of the existing agency agreement,” said Mases-Coscoman. “Without our consent, the dispatch [of crew] through other channels will affect the related benefits of seafarers and Maersk.”

Shipmanagement experts said manning agents normally do not give up their seafarers, seen as valuable assets, to competitors easily, with Chinese crew being especially popular now due to the pandemic-led lockdowns in many other countries.

“Some agents might create barriers, for example by prolonging the administrative steps, to deter resignation attempts.” said one Hong Kong-based shipping executive. “Of course, whether seafarers will choose to leave or stay with their current employer also depends on the salary and benefits they are offered.”

Mases-Coscoman, nevertheless, told Lloyd's List in a separate statement that it will fully respect seafarers’ choice and assist with the required procedures if they want to terminate their existing contracts and move to the new company.

“We’ll enhance our communication with Maersk and try our best to protect the crews’ lawful rights and benefits.”

But for those who choose to stay, Mases-Coscoman said it will find them a job with its access to world-famous shipping companies and a raft of positions on board.