Club hopping not happening as renewal round closes

P&I underwriters seem to have secured most of the substantial price increases they were after this year, but suggestions that owners would jump clubs to secure the keenest pricing do not appear to have materialised

‘Based on what I’m seeing and hearing in the market, the number of owners actually changing clubs this year is less than what ordinarily might have been the case in years gone by,’ says Skuld’s Gregory Thomas 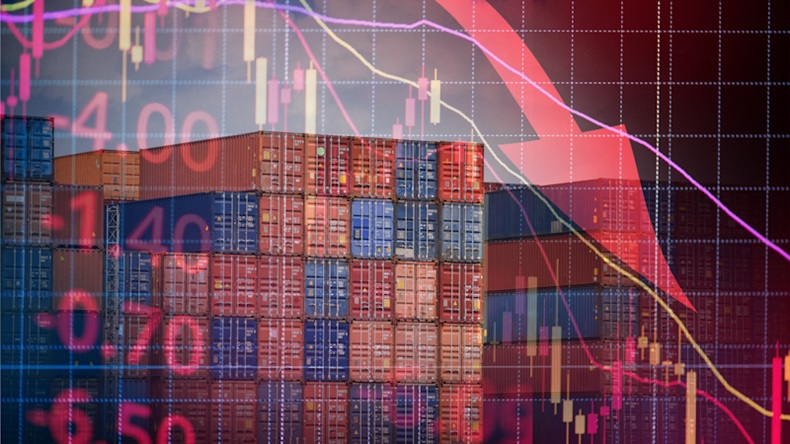 Source: Poring Studio / Shutterstock.com Combined ratios are not what would normally be expected and this spells financial re-adjustments for insurers who may need to raise their prices.

PREDICTIONS that shipowners would respond to sharply higher P&I pricing by moving to another club appear to have been confounded, with few signs of major fleets changing hands as the renewal round reaches its de facto close.

Formally speaking, the renewal deadline is fixed at noon Greenwich Mean Time on February 20, in line with tradition dating backing to Victorian times.

But that falls on a Saturday this year, and in practice, almost all deals will have been sealed by the end of the business day today.

Most International Group affiliates have been seeking to raise premium income by 5%-10%, in response to a litany of concerns that includes coronavirus, rapidly rising pool exposure, uncertain investment returns and pressure from ratings agencies.

Brokers — who are essentially in business to negotiate down underwriters’ quotes — counter that clubs are not getting the full amount.

But at this stage in the renewal round, both camps have an obvious incentive to talk up their interest.

Some observers have suggested that club hopping or perhaps splitting fleets between different clubs would be a feature of the current round, as owners look to pare down costs, even at the risk of incurring release calls.

In fact, if anything, moves appear to have been less frequent than in the past, suggesting that clubs have formed a disciplined united front rather than move to grab market share by undercutting peers.

“Based on what I’m seeing and hearing in the market, the number of owners actually changing clubs this year is less than what ordinarily might have been the case in years gone by,” said Skuld’s chief business development officer Gregory Thomas.

A typical year might see the movement of only around 1% of IG entered tonnage, and if his impression is correct, that implies that the number of vessels transferring this time will be minimal.

There have been media reports that Hong Kong’s Wah Kwong Maritime Transport has shifted some of its ships from Standard to Skuld, but Mr Thomas would not be drawn on the point.

“I don’t like to comment on individual fleets that may or may not be coming into Skuld. But we are seen as an attractive proposition, I hope, for owners who may be unhappy with their existing provider,” he said.

“We do have new members coming in, but at the same time there are members who will leave us as well, and that’s the same with every renewal.”

Skuld’s own combined ratio shot out to 118% at the nine-month stage, and even that figure is flattered by returns from its commercial hull and offshore underwriting, which are used to subsidise the mutual membership.

While it has not introduced a general increase for around 10 years, it has this year looked to increase premium on a ship-by-ship basis. Given that Skuld is facing the same pressures as all other clubs, it is unsurprisingly looking for more or less the same level of additional income.

“What we saw, throughout last year, was the premiums that ultimately were being charged — not just for us, but on an industry-wide basis — were probably not at the right level, and hadn’t been for some time.

“We have been trying to adjust some of the income from some of our members. We don’t have the general increase, it’s all about the individual approach for us.”

Skuld has been upfront with owners, Mr Thomas insisted, telling them why they are being asked for more money, especially where their loss record justifies that.

Although pricing is always negotiable, the club has pretty much secured what it has been looking for, he added.

“It has pretty much gone according to plan,” he said in an interview. “I am told by my underwriting people that we are getting what we want, largely. I think we are doing it, I do not get the impression that we are not.”

Gard’s chief underwriting officer Bjornar Andresen also commented: “We have a very strong renewal. It is a renewal of consolidation, that’s probably the theme this year. Some shipowners have more than one club, and they are consolidating the fleet into fewer insurers.

“We have some fleets that have put all their tonnage to Gard this year, and some have put more tonnage into Gard.”

The run of 2020-21 P&I general increases runs from 5% at Shipowners, Steamship, Swedish and the American Club to 7.5% at West and 10% at Standard, London, the UK Club, Japan Club and North.

Owners with safety records deemed poor were also smacked with penalty increases, with some facing bills up to 20% higher than the past year for a type of cover that is a prerequisite for most port calls.

The full interviews with both Mr Thomas and Mr Andresen can be heard on this week’s Lloyd’s List Shipping Podcast.

‘Renewal of consolidation’ for Gard