Sanctions-busting tankers are an issue for whole industry

A Lloyd’s List investigation has revealed how one tanker in 12 may be circumventing US sanctions on Iran and Venezuela. The corporate veil has enabled those involved to get away with it so far, but that level of secrecy may not obtain forever

Ultimately, fallout from actions of the few will be visited on the vast majority of tanker operators that do abide by US stipulations 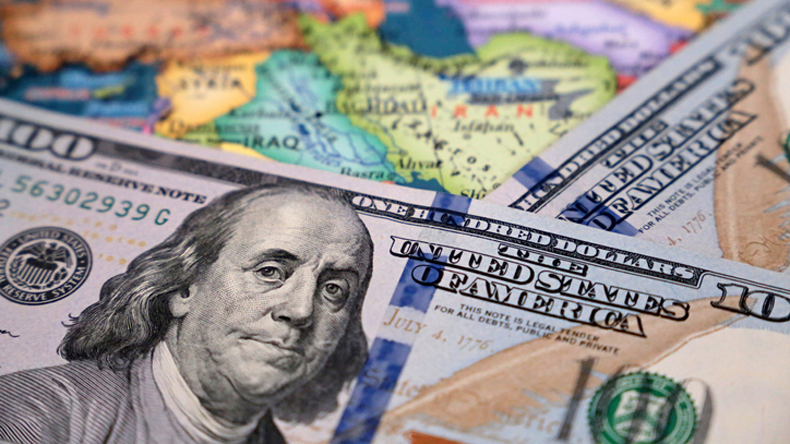 Source: Oleg Elkov/ iStock / Getty Images Plus Motivation to engage in the illicit oil trade — on penalty, remember, of being frozen out of the dollar-dominated world economy — will vary.

THERE are somewhere around 2,200 very large crude carriers, aframaxes and suezmaxes in the world fleet, and as a Lloyd’s List investigation has revealed, approximately 150 of them are engaged in clandestine circumvention of US sanctions on oil exports from Iran and Venezuela.

Were that number lower, it would be possible to mount the classic ‘few bad apples’ defence. But the tally amounts 8% of relevant vessel types, or to put it another way, one tanker in 12.

So yes, it’s a minority practice. But equally clearly, the phenomenon goes well beyond a miscreant fringe of ardent hardcore scofflaws.

Motivation to engage in this illicit trade — on penalty, remember, of being frozen out of the dollar-dominated world economy — will vary.

No doubt some organisers will be patriotic Iranians and Venezuelans, acting in the perceived national interest. But others will view such activity as a calculated gamble for high-roller stakes.

As our series of articles documents in detail, many of them go to great lengths to cover their tracks, not least through regular flag-hopping and class-hopping.

Their odds on getting away with it are enhanced by an extraordinary privilege according to shipowners, in the shape of anonymous vessel ownership for those that wish it.

It is still common practice for single-ship companies to be registered to brass plate addresses in the capitals of tax havens with no corporate disclosure requirements whatsoever.

Nor is Washington the universal legislator for humanity; citizens and corporate entities of other sovereign states are not compelled to accept its decrees, especially if they are willing to submit to such strictures as the US has the capacity to impose when caught out.

Even the efficacy of sanctions is open to question. Slow economic strangulation is felt more in the barrios of Caracas and the shanty towns of Tehran than the meretricious nightclubs of the gilded élites.

But ultimately, the fallout from the actions of the few will be visited on the many, namely the owners of the nine out of 10 tankers that do abide by US stipulations.

Legitimate shipping companies are not knowingly looking to test American resolve. But few have the resources to perform the requisite degree of due diligence to unravel the highly complex networks that support proscribed ventures.

The potential of inadvertently falling foul of US scrutiny on account of unverified third-party providers should be keeping more owners up at night.

Those trying to do the right thing face the prospect of still-tighter regulation and invasive inspection, and the widespread disapprobation that will inevitably flow in terms of the public image of shipping as a whole.

Flag states have responsibilities too, the mighty Panama as much as the smallest island state in Micronesia. If they can’t enforce the norms expected of international registers, they shouldn’t be in game.

Reputable classification societies and P&I clubs have real skin in the game. Were they to be held to willingly facilitate these deeds, their entire business could be on the line.

In addition, some of the insurers ostensibly providing P&I cover are unknown quantities. Outside the International Group pool, they may prove unable to fulfil their obligations in the event of a major casualty.

The welfare of seafarers, already under the spotlight as a result of the crew-change crisis, also comes into consideration. Is anyone policing the employment rights of 2,000 or so officers and ratings?

The issues surrounding secrecy in shipping have been on the regulatory agenda for literally decades. No firm action has yet been forthcoming, even in the face of concerns about terrorism and the smuggling of narcotics.

But surely it cannot be long before transparency standards expected of every other major global industry in the twenty-first century are applied to our industry as well.

That development will be for the common good.