Investment returns ‘significantly higher’ than expected, which may give club scope to mitigate future premium increases 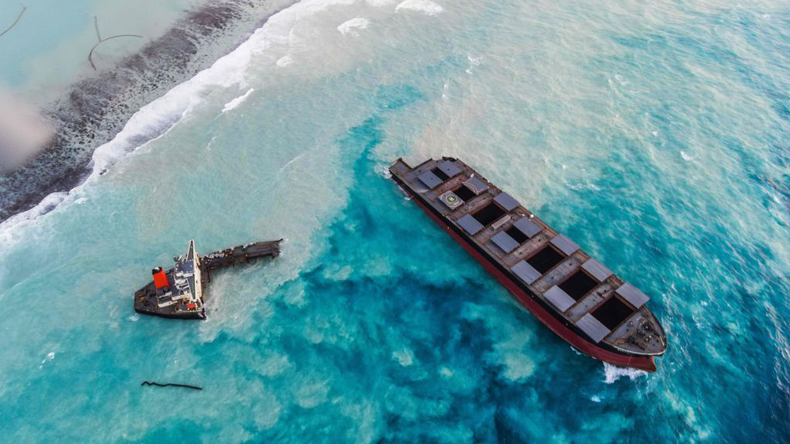 Source: AFP via Getty Images IG affiliates are on the hook for the Wakashio grounding and other expensive incidents.

INTERNATIONAL Group pool claims are at a record high for the nine-month stage of the claims year, according to a financial update from Steamship Mutual.

The IG does not divulge the amount involved, but it is known to have reached $300m — again a record level — at the six-month mark, with payments trebling for some P&I clubs.

The underlying cause here is spate of recent major casualties, and while much of the sting will be felt by reinsurers, the pool layer runs from $10m to $100m, and is the responsibility of the clubs themselves.

As a result, IG affiliates are on the hook for the Wakashio grounding and other expensive incidents, such as those involving Höegh Xiamen, New Diamond and Gulf Livestock 1.

Steamship’s circular informs members that after nine months of the P&I financial year, which runs to February 20, the club’s own incurred claims, including coronavirus liabilities, remain marginally higher than at the same point in 2019/20.

“IG Pool claims remain higher after nine months than in any previous year,” it says. “This is largely attributable to the high level of losses reported in the first six months of the year. The club’s own prior year claims have developed broadly in line with original projections, but this has been offset by adverse pool claims development in the 2019/20 policy year.”

Given the strains on the pool system for the last two years, Steamship’s projected combined ratio for the current 2020/21 financial year remains in excess of 100%.

However, investment returns in the 11 months to January 2021 are described as “significantly higher” than originally projected, which may give it the ability to mitigate future premium hikes.

This year it is seeking a 5% general increase.

In the current year, 2020/21, the development of incurred coronavirus claims is in line with expectations.

Steamship has focused throughout the year on providing support to members in their response to the pandemic, including a programme that offers free support to crew members in terms of mental health and general wellbeing.