A separate proposal from shipping’s planned inclusion in the EU Emissions Trading System, this plan is said to be getting less attention than it deserves

A new proposal expected to come out in March will likely see the European Commission suggest the first carbon intensity standards on fuels used by ships, meaning that shipping companies will need to source and use low carbon fuels. Zero emissions at berth and a new credits trading system are also on the table 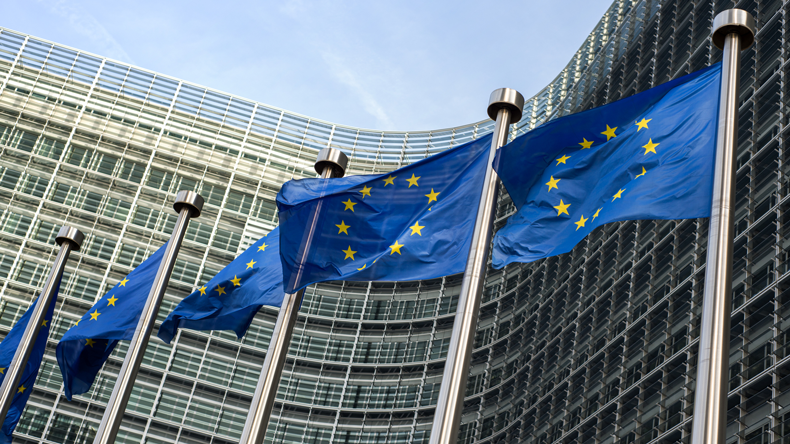 Source: artJazz / iStock / Getty Images Plus The European Commission’s proposal is set to come out by late March.

SHIPS calling at European ports may soon have to source and operate on less carbon-intensive fuels under a new plan that actors across the board are warning will have major impacts while receiving insufficient attention.

A proposal by the European Commission will likely force shipowners to use fuels with lower carbon intensity, introduce an efficiency credits-trading system and impose zero emissions at berth for some ships, people with knowledge of the situation say.

If successful, it would lead to the first standard on the carbon intensity of a fuel in shipping and would put the responsibility on shipowners and operators to ensure they have the lower carbon fuels to meet the criteria.

The rules would be implemented through the European Union’s Monitoring, Reporting and Verification system, the platform where all ships of 5,000 gt and above calling at ports in the European Economic Area need to report their annual CO2 emissions and fuel consumption data for their EEA-related voyages.

This is a separate initiative from the EU push to include maritime into its carbon cap and trade system, the Emissions Trading System, which shipowners have largely accepted and are engaging with, despite some opposition.

While the ETS has received notable scrutiny and attention, both opponents and proponents of the FuelEU Maritime told Lloyd’s List that shipping companies and the industry in general are not paying sufficient attention to this regulation.

They believe this proposal to control the carbon intensity of shipping fuels is in fact more consequential than shipping’s inclusion in the system.

The FuelEU Maritime proposal will seek to regulate the carbon intensity of the fuel on board a ship rather than the energy efficiency performance of the entire vessel, three sources that are familiar with the plan told Lloyd’s List.

It would require ships calling at an EEA port to use a fuel that is less carbon intensive than fuel oil by a certain percentage.

This is a fundamental break with current and aspirational global regulations, which target the emissions efficiency of the entire ship and not just the fuel it uses.

The hope is that the rules can generate both a reduction in emissions and act as a strong incentive for the acceleration in development and adoption of low carbon fuels and technologies by the shipping industry.

The Union of Greek Shipowners, the most powerful shipping group in Europe, has concerns about the plan and the impact it would have on shipowners.

“The FuelEU Maritime seems to be built on the flawed and impractical approach that a fuel standard should apply to economic operators rather than to the supply side,” UGS president Theodoros Veniamis said.

The concerns voiced by Mr Veniamis and other stakeholders echo those raised by the industry ahead of the introduction last year of the 0.5% global sulphur cap; that a regulator — in that case the International Maritime Organization — is imposing a fuel standard on shipowners who have no control over fuel production and the broader supply chain.

“This would be comparable to asking car users to use a specific fuel mix that is not yet widely available on the market,” Mr Veniamis said.

A proponent of the plan, however, argued there is no international energy authority that can impose such standards on fuel producers across the globe.

The commission also appears to want to impose a zero emissions at berth rule for certain ships at EU ports, likely from 2030 onwards, eventually expanding it to all vessels.

While this goal-based standard for the fuel carbon intensity appears to be well established, there are several elements of the FuelEU Maritime plan that are not yet finalised.

A crucial one is the level of the fuel’s required carbon intensity improvement and it is also unclear exactly when the rules would begin to apply.

Sources said the commission has suggested that they could begin to apply from 2030 onwards. Another alternative is for the rules to start earlier, for instance in 2025, with a smaller required carbon intensity requirement that would increase incrementally.

The plan is expected to be fuel-neutral, which means a vessel could use whatever fuel it prefers to meet the target.

But both supporters and critics of the FuelEU Maritime agreed that if the rules began applying sooner rather than later, much of the industry would be forced to use biofuels, a prospect that neither side appears too content with due to both the controversial nature and limited availability of certain types of biofuels.

Mr Veniamis said that decarbonisation requires a new generation of zero carbon fuels and technologies that do not exist and whose development needs a technologically neutral approach by policy makers.

“Moreover, the greening of fuels is the responsibility and area of expertise of the fuel suppliers and energy providers who must provide the international shipping industry with safe and fit for purpose maritime fuels available worldwide,” he said.

Another key unknown is whether the commission will decide to apply the standard on each individual vessel or as an average across a company’s entire fleet.

The FuelEU Maritime proposal could also include a new trading system of efficiency credits.

Companies that outperform the fuel carbon intensity standard could sell credits to underperformers who can buy them to call at EEA ports without being in violation of the rules.

Proponents of this system have argued that it would allow the industry to move together, even though some parts of the industry will most probably move faster than others when it comes to technology and fuel adoption.

The argument is that sectors such as the container line industry, which has more reliable fuel sources due to its fixed voyage schedule and therefore has greater predictability will perform better than tramp shipping, which has no fixed structure, is more fragmented and often lacks the budget to spend on new technologies and more expensive fuels.

But such a scheme would be “dangerous” because container line companies would effectively benefit from tramp shipping financing, an industry source familiar with the proposal argued.

There is also a more fundamental question of structure.

If the commission ends up endorsing this credits trading idea, a entirely new system would need to be set up to facilitate it because it does not exist today. Just like the FuelEU Maritime itself, this credit trading would be independent of the ETS and maritime’s position within it.

It is also unclear to people familiar with the proposal whether it would be an EU regulation or a directive; while a regulation will need to be negotiated with the European Parliament and with EU member states, a directive would require even more time to come into effect because each member state would need to transpose it into their own national legislation.