The maritime sector is sometimes seen ‘as being traditional and resistant to change — I’m very keen on reshaping the image of the sector, so people understand its importance,’ says new Maritime UK leader 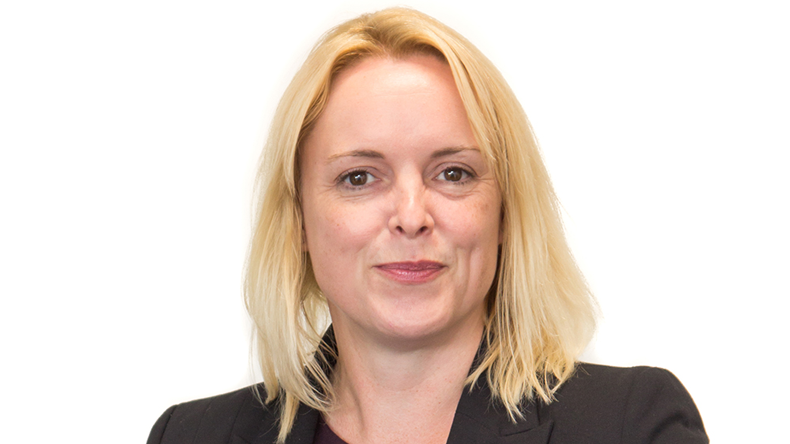 Source: Maritime UK Kenny: Brexit and Covid have served to raise public awareness of the importance of the sea.

TRANSFORMING the often stuffy profile of the Britain’s marine and maritime industries must be an immediate priority, according to the new leader of Maritime UK, the sector’s umbrella body for trade associations.

Sarah Kenny said her priorities also included greater cohesion with the sector itself and liaison with relevant government departments.

But the first task will be to boost public awareness of what shipping and related industries do, and how their efforts fit in with the challenges facing the country right now.

“It’s seen as in some ways — and being candid with you, quite rightly — as being traditional and resistant to change,” she said in one of her first interviews since taking the voluntary position. “That does, still today, reflect parts of it, but by no means all.

“I’m very keen on reshaping the image of the sector, so people understand its importance, particularly to the UK economy, but also value it. It’s ripe for a true transformation that could make it a world-leading marine and maritime sector.”

Examples of outreach include a series of successful London International Shipping Weeks, and engagement with schools around the ‘STEM axis’ of the subjects of science, technology, engineering and mathematics.

School students are offered workshops, and even brought on board ships, allowing them to meet people who are working in the sector.

That effort is being made not just to encourage new entrants to join the industry, essential though that is, but to teach young people something about the importance of shipping.

“It’s easy to forget about marine and maritime,” she says. “Ports are often hidden away. People are aware there’s a port somewhere, but you can’t actually access it, with security and safety. Everything else happens at sea. Ironically, I think Covid and Brexit did us something of a favour here. They have accelerated public awareness of the importance of the sea.

“When people see pictures of lorries stranded in carparks at Dover, and then they realise their Amazon order is suddenly taking three weeks to arrive, it has accelerated people’s desire to know more.”

Ms Kenny, who started as her career as a civil servant marine scientist before taking on management roles in both the public and private sector, is chief executive of marine-rooted engineering consultancy BMT Group.

But perhaps helping with her desire to ring in the changes, she is clearly not a ‘shipping person’ in the male, pale and stale sense of the word.

She grew up in rural Essex, not far from the sea, but has no family ties with either the merchant marine or the Royal Navy.

Her working life began as a scientific specialist with what was then known as the Ministry of Agriculture, Fisheries and Food, inevitably known colloquially at the time as simply ‘the Min of Ag’.

The job entailed work on various topics of fascination to the scientific fraternity, including marine sediments.

From there, she moved to the Defence Evaluation Research Agency in the environmental sciences department, serving as UK representative on the NATO working party looking at environmental compliance for warships, which must stick to broadly the same rules as merchant vessels.

“There’s a huge operational advantage to be gained by doing it, because you’re not having to slow your ship down to ditch sewage or other waste into the sea,” she said. “You’re keeping your ships on task, and you also avoid detection issues, as people can track you using your trail of rubbish.

“There was a whole side to living and working at sea, on a warship, that I was was familiar with as an environmental scientist. You live, work and fight on a ship, but it still functions just like every other ship.”

In 2001, the agency was privatised and rebranded as QinetiQ, a private sector defence contractor.

“I just had a ball working at QinetiQ,” Ms Kenny recalls. “When you get to be at the cutting edge of technology that makes a real difference to people’s lives, it’s really exciting.”

But by then in her early thirties, Ms Kenny had switched from the hands-on science to management, and found she enjoyed that just as much.

Being naturally ambitious, she set herself the goal of becoming a chief executive and running her own business.

So when BMT — itself born of privatisation — approached her three years ago when a previous chief executive stepped down, her background and experience proved to be a match for the job.

“For me it was a natural fit, and a real privilege to jump from QinetiQ to BMT, which had the same culture and philosophy.”

She took the voluntary role at Maritime UK at the start of this year, succeeding lawyer Harry Theochari. But after having served as its vice chair for two years, she again describes the step up as a natural transition.

As chair, her plan is not just to help the sector talk to government, but to help government to make the best of the maritime industries, to arrive at virtuous circle of co-investment and joint strategy.

She also wants an industry made up of myriad individual concerns to learn how better to talk to itself.

Although it has a predecessor, in the shape of a group known as One Voice, Maritime UK as we know it today was launched in 2009.

“Interestingly, it hasn’t been. It has widely been embraced. The Maritime UK brand has gone from nothing to acting as a focal point for engagement with adjacent industries such as automotive and the universities research sector, and also for government.”