Hazardous material can be discovered on majority of vessels, including some built after the 2011 ban on its use, opening the way to big compensation payouts

‘In 10 or 20 years’ time, we might see a new wave of asbestosis claims against shipowners. It is going to be a lot easier to prove exposure… Mesothelioma is unique, because it is so easy to sue employers for it,’ says law firm HFW 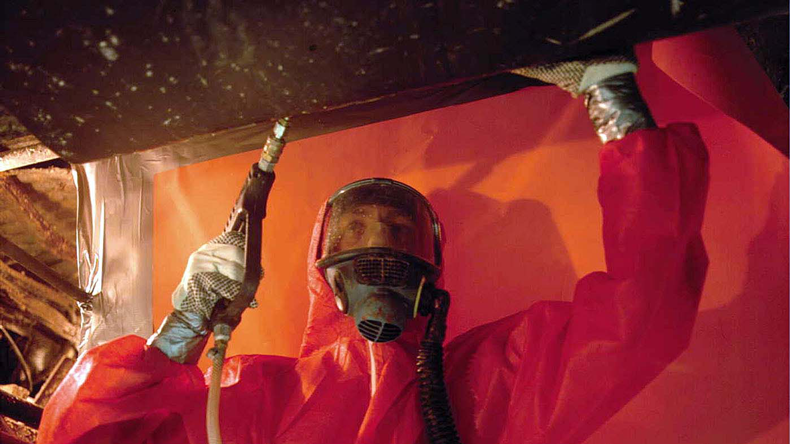 MANY ships still contain asbestos despite tough safety restrictions on its use which were introduced years ago, an industry event was told.

The situation could lead to compensation claims against shipowners and insurers, prominent shipping lawyers added.

Asbestos, once a commonplace building material prized for its fire resistant and heat insulation properties, has been widely outlawed since it became apparent that inhalation could cause fatal lung diseases, most notably mesothelioma.

Spiralling asbestos-related claims from the US brought the Lloyd’s market close to collapse in the 1990s.

However, the substance is widespread on ships built prior to 2002, when the International Convention for the Safety of Life at Sea introduced a ban with some limited exceptions. An outright ban came into effect in 2011.

But Lloyd’s List has previously reported instances of apparent breaches of these rules, verified by classification societies.

The issue was aired during a webinar organised this week by Lucion Marine, a Gateshead-based company that specialises in conducting inventories of hazardous materials and the publication Ship Management International.

Kevan O’Neill, director of marine services at Lucion claimed that asbestos is still being found even on newbuildings.

“It is now apparent that the prevalence of asbestos on vessels is an industry-wide issue and not one that is restricted to a specific vessel type,” he said.

Lucion conducted 497 inspections in the two years to December 2020 and found asbestos in 332 cases. It was present in 3,641 items, with some 84 of them in the highest-risk category, requiring immediate remedial attention.

These figures relate solely to Lucion’s experience, although there is no reason to suppose that similar figures compiled by peers would differ markedly.

Pitching and rolling, the enclosed space of engine rooms and engine vibrations mean that many seafarers will inevitably have been exposed to asbestos thanks to their working environment, he said.

“In 10 or 20 years’ time, we might see a new wave of asbestosis claims against shipowners. It is going to be a lot easier to prove exposure. Asbestos is a massive headache for shipowners and their insurers. Mesothelioma is unique because it is so easy to sue employers for it.”

The UK and many other jurisdictions leave owners open to joint and several liability, so each employer is potentially 100% liable and claimants can pick any of them.

Owners can then seek to recover a proportion of payouts from other owners, although this is not easy in practice.

P&I clubs insure by policy year on a “losses occurring during” basis going back many years. Clubs can be sued directly, and it is straightforward for crew members to track them down.

Problems would arise where a policy year is deemed closed, but there are technical defences, including “pay to be paid” clauses in cases where owners are now out of business.

For owners, the cost of asbestos removal can be prohibitive, especially for new vessels. In extremis, that could even entail scrapping ships.

Owners may look to recover that expense, for instance from shipyards, classification societies and other service providers, and there could be a knock-on effect, with a cascade of litigation resulting.

Stephen Drury, a partner at HFW, said shipbuilding had lagged aviation and motor manufacturing in inventorising asbestos usage. But conscientious attendees are getting this done.

He highlighted a recent legal action brought in London by the widow of a Bangladeshi shipbreaking worker.

“So far, there has not been [a case], to my knowledge, with respect to asbestos. But I can see this prospect coming down the line.”