Fewer tankers are refuelling ships with HSFO at Singapore, the world’s busiest bunkering hub. Shipowners should take heed by securing tankers ahead of time to bunker their scrubber-fitted vessels 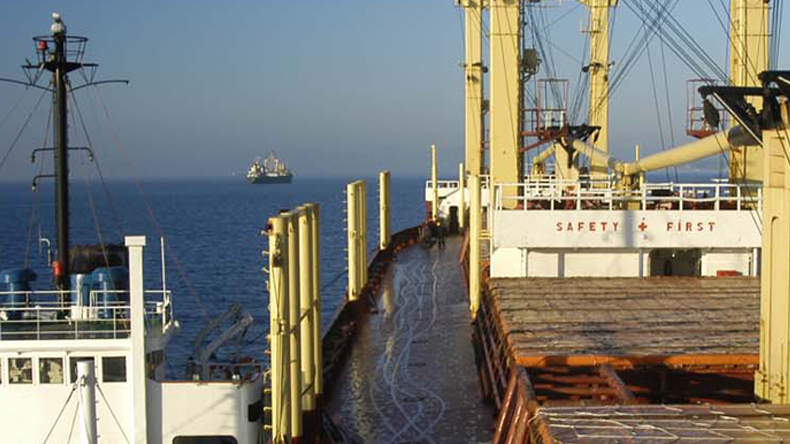 Bunker tankers active in Singapore have swung towards carrying VLSFO rather than HSFO.

TANKERS used for refuelling ships with 3.5% high-sulphur fuel oil are no longer as readily accessible in Singapore, the world’s busiest bunkering hub.

This will weigh on both the yields from and operations of scrubber-fitted ships, which consume HSFO and thrive on cost savings from alternatively having to burn fuel blends that comply with the International Maritime Organization’s 0.5% sulphur cap, which came in a year ago.

Delivered premiums for HSFO were mostly trending above those for 0.5% sulphur fuel oil, or very low-sulphur fuel oil, six months after the regulatory cap took effect, according to assessments by pricing agency Argus Media.

An analyst with the agency said that this premium, which is a function of bunker tanker availability, may further increase for HSFO should demand for the fuel rebound along with an expansion in scrubber fittings.

Those with knowledge of the marine fuel market echoed that opinion, flagging other indicators that reflect how the bunker supply chain in Singapore has moved on from bunkering HSFO.

HSFO made up nearly two thirds of marine fuel supplied out of Singapore in 2019.

Last year, VLSFO overtook HSFO as the fuel choice for most ships, accounting on average for more than half the marine fuel sold in the top bunkering hub.

Ships trading in Asia, including those fitted with scrubbers, have gravitated towards bunkering in Singapore, where varied fuel types are deemed more widely available.

But bunker tankers active in Singapore have also swung towards carrying VLSFO rather than HSFO.

Not surprisingly, many supermajors and physical suppliers have shunned HSFO bunkering, as other observers pointed out.

However, trading houses eyeing profits from arbitrage may still choose to buck the trend.

Glencore was seen deploying over a dozen tankers to supply HSFO in Singapore earlier this month, according to sources. The trading group did not confirm or comment when approached by Lloyd’s List.

One trader raised the possibility that opportunists may well seek an advantage from tighter fleet availability to “corner” the HSFO bunker market.

However, he suggested that Trafigura and Minerva — as newcomers granted bunkering licenses to operate in Singapore only last year — were expected to support regulatory calls to bunker cleaner alternatives to HSFO.

That said, if Glencore has indeed expanded its HSFO bunkering exposure, it would certainly raise the availability of the fuel type on the spot market, albeit at prices deemed profitable to the trading group.

Shipowners should nonetheless couch their bets on scrubber-fitted tonnage preferably by securing bunker tankers ahead of time even at a renowned hub such as Singapore, marine fuel suppliers said.