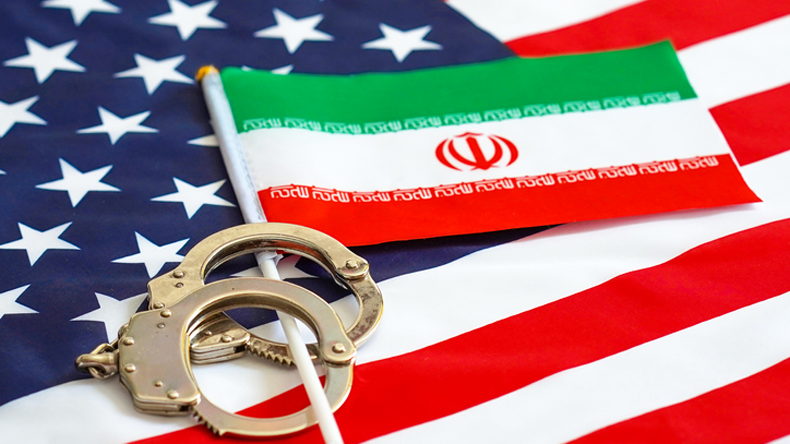 
Maersk Tankers is warning of more frequent and advanced attempts by Iran-linked ships to circumvent US sanctions.

Maritime Markets Outlook: Why there won’t be any toaster moment for tankers.

The prospect of expensive loans should not deter shipowners with plans that can generate the right payback, a shipping finance expert says.

Orders at Chinese shipbuilders have dropped to a record low as the sector’s prospects remain challenging, an industry body has said.

The Lloyd’s List Podcast: We examine shipping’s progress towards efficiency and integration with Sean Fernback, president of Wärtsilä Voyage. A relative newcomer to the sector, he joins Lloyd’s List Editor Richard to offer an outsider’s perspective on the challenges and opportunities facing shipping.


While it is important to forge ahead with digitalisation, the actual process of automation is seen as an evolutionary process, although digitalisation and better data quality will help speed things up.

The week in charts: A second wave of coronavirus has forced governments to implement renewed lockdown restrictions, driving down demand for transport fuels, while the pandemic was the overriding factor behind a dearth of orders for fresh container shipping capacity.

The pandemic may lead to the manufacturing of some specialist goods being moved from China to closer to consuming markets, but there is unlikely to be any significant impact on global volumes shipped.

Container lines are doing better than they have done in a decade. But investors have been hurt before and won’t be fooled again, writes James Baker.

‘From the ocean carriers to the marine terminal operators to the ports of Los Angeles and Long Beach to the International Longshore and Warehouse Union, cargo flowed all year,’ writes Thomas Jelenic, vice-president of the Pacific Merchant Shipping Association.

It is ‘absolutely critical’ that the right to free navigation be enforced in the world’s oceans. Seafarers should not have to fear being attacked or kidnapped, write Trine Bramsen, Denmark’s Minister of Defence, and Anne H. Steffensen chief executive of Danish Shipping.


Ocean Network Express has significantly lifted its full-year forecast, having posted a stellar earnings performance in the third quarter of the financial year against the backdrop of the coronavirus pandemic.

Japan’s Mitsui OSK Lines posted a profit attributable to shareholders of ¥64.4bn ($617m) in the third quarter of the fiscal year that ended December 31, 2020, up from a ¥48.4bn profit seen in the same period a year ago amid improved spot rates for the container business and a stronger tanker market.


Long-term Asia–Europe ocean freight contract rates have seen a record increase since the start of the year, figures from Xeneta show.

China Merchants Energy Shipping has taken advantage of a profitable 2020 to make many provisions for impaired vessels and charter contracts, a move that will help lower its future cost burden.

Cosco Shipping Ports has entered into an agreement to acquire a 20% stake in Saudi Arabia’s Red Sea Gateway Terminal in a deal worth $140m.

Dwell times at the San Pedro Bay ports of Los Angeles and Long Beach have hit “alarming” highs, according to data released by the Pacific Merchant Shipping Association.

The introduction of the 0.5% global sulphur cap last year was carried out successfully, according to the International Maritime Organization.

Intercargo, the dry bulk owners’ association, has marked its 40th anniversary with a call for better regulation of the industry and a plea for owners to think twice before agreeing newbuilding orders.

Keppel Offshore & Marine is splitting into three entities and drawing lines between slow and growing businesses to ride out a global energy transition.

Shares in Okeanis Eco Tankers are expected to begin trading on the Oslo Bors during the coming week.

Scorpio Bulkers has sold its 30th vessel in four months as it continues to pursue an entry into the offshore wind market.

Containership owner Danaos has said that it is launching a bond issue for up to $300m as part of a planned $1.25bn refinancing.