A group of international investors have written to the UN calling for a solution to the crew change crisis as the situation, exacerbated by a new strain of the coronavirus, poses health and safety risks

As some regions tackle a new strain of coronavirus, major investors have raised concerns that the crewing issue caused as a result of the pandemic and lockdowns is ‘no longer solely a shipping industry problem nor a crisis that the shipping industry can resolve on their own’ 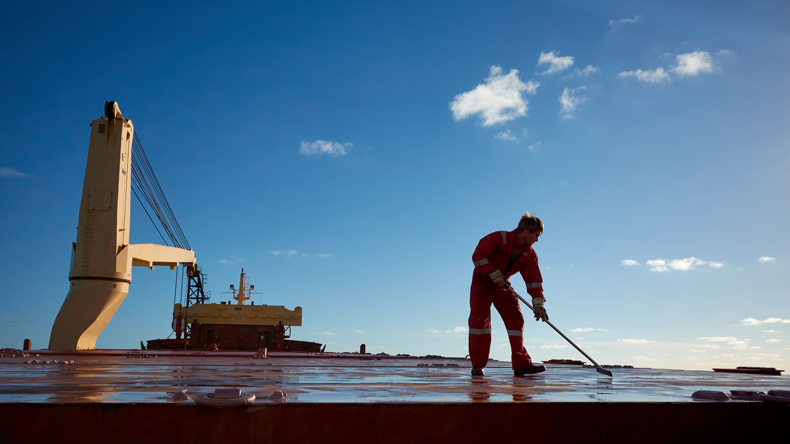 The IMO said last month that 45 countries had designated seafarers as essential workers and was urging more countries to follow suit.

THE crew change crisis is far from over as the new strain of the coronavirus and the vaccination programme pose renewed logistics challenges, according to the International Chamber of Shipping.

Guy Platten, the chamber’s secretary-general, said the mutant strain was posing difficulties, with 33 countries not allowed to change foreign crew when calling in the Philippines, for example. Access to vaccines for seafarers was also an issue the industry was working on addressing.

“It is being coped with, but there are serious concerns about this new strain,” he told Lloyd’s List.

Another concern is that a growing number of charterers are refusing ships with upcoming crew changes. Some have insisted on "no crew change" clauses in their contracts.

Hundreds of thousands of seafarers were still impacted by the crisis and the situation could only be resolved through partnership, Mr Platten added.

Industry agencies, which are now meeting regularly, albeit virtually, are trying to ensure that the issue remains on the agenda.

More member states need to sign up to address the issue, says the IMO in a circular letter. Singapore has gone a step further, granting shore leave to seafarers as it continues to relax coronavirus restrictions

Shipping association BIMCO has produced a short film showcasing the vital role shipping plays globally in a bid to increase both public and governmental awareness.

A new initiative devised by the Global Maritime Forum — dubbed the Neptune Declaration — will officially launch during the World Economic Forum’s Davos agenda from January 25.

The declaration is a global call, focusing on concrete actions that can ease crew changes and keep supply chains functioning.

Signatories include Euronav, one of the world’s largest tanker owners.

“Unforgivably, this thriving, crucial human industry faced a widely ignored humanitarian crisis throughout 2020, where governments’ commitment to act too often fell by the wayside,” they wrote. “As we move into 2021, this simply has to change.”

A group of investors, led by Fidelity International, who manage $2trn in assets, have also voiced their concerns, urging the United Nations to solve the crew change crisis.

In a letter to UN secretary-general António Guterres, the group, which includes pension funds, said the situation presented significant health and safety concerns, as seafarers, who handle dangerous or perishable cargoes, suffer from elevated levels of mental and physical stress and exhaustion.

“The environmental consequences of a serious maritime accident involving these cargoes could be catastrophic for our oceans and our security,” it said. “As investors, it is clear that this is no longer solely a shipping industry problem nor a crisis that the shipping industry can resolve on their own.”

The group urged governments to recognise seafarers as key workers and acknowledged that any solution would require a multi-lateral approach in order to facilitate seafarer movement while protecting local communities from re-infection risk.

The International Maritime Organization last month said 45 countries had designated seafarers as essential workers and urged the others to adopt the same stance.

The ICS, along with the International Transport Workers’ Federation, has been campaigning for an easing of travel restrictions following 12-point protocols they developed in May last year.