The capesize segment, which has surged 47% over the past week, has led the Baltic Dry Index to a three-month high

Healthy enquiries and tight tonnage in both basins were cited as reasons for the continued upswing in the capesize segment, with average spot rates on the Baltic Exchange at $24,507 per day at the close on Monday 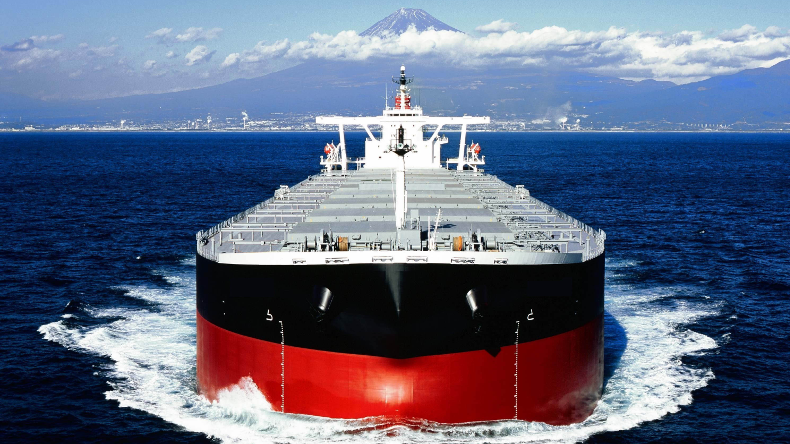 The capesize market is booming owing to a dearth of vessels.

CAPESIZE spot rates have continued to surge, gaining 47% in the past week to reach a three-month high.

The average weighted time charter on the Baltic Exchange was at $24,507 per day at the close on Monday. That is the highest level since October 12.

The gains led the Baltic Dry Index to a three-month high, at 1,761 points.

According to Cleaves Securities, “a perfect storm” was brewing in the capesize market, with “healthy enquiry and limited availability in both basins, combined with bad weather in Chinese discharge ports and upwards pressure in the futures curve”.

The Baltic Exchange noted the apparent surprise in the market at these levels as the first quarter is usually weak.

“Activity heated up from the middle of the week before exploding higher on Friday off the back of a heated Brazilian market,” the London-based exchange said in a note at the end of the past week. “While major charterer Vale was said to be absent, rates have climbed quickly on prompter requirements scrambling to cover”.

Additional pressure came in the form of the futures curve, which has pushed up, based on market expectations for the year, it said.

Brokerage Braemar said the futures curve seems to be pricing in “only modest falls in value” over the next few months.

Iron ore futures were at about $150 per tonne for June 2021, incentivising Australian producers in particular “to sustain high levels of output,” Braemar said in a recent note. “Concerns about oversupplying the market appear remote at this time".

With supply problems persisting in Brazil, Australia remains “the driving force” in the capesize market currently, it said, adding that the C5 Australia to China route is thus holding an almost $9,000 per day premium to the C3 Brazil to China voyage.

In addition, poor conditions in China were contributing to congestion and supply tightness in the Pacific basin.

Adverse weather was one to watch as “cyclones in Western Australia and the rainy season in Brazil have done far more to restrict iron ore output over the past two years than so-called ‘black swan' events, such as the Brumadinho dam collapse and coronavirus-related issues,” the brokerage added.

The panamax market also saw gains, with the average weighted time-charter on the Baltic Exchange closing January 11 at $14,581 per day, up 19% from January 4.

The exchange said in a note that more than 30 vessels had been fixed in recent days for arrival in the first-half of February as the east coast of South America led the drive in the Atlantic basin.

“Healthy demand elsewhere in the Atlantic, pitched opposite a tight tonnage supply, compelled to add support to rates,” it said.

Capesizes were top candidates for scrapping in 2020