Lloyd's List Intelligence data shows Venezuela's crude oil exports have slumped to the lowest since 1990 amid punishing US sanctions, having been on a decline since 2016 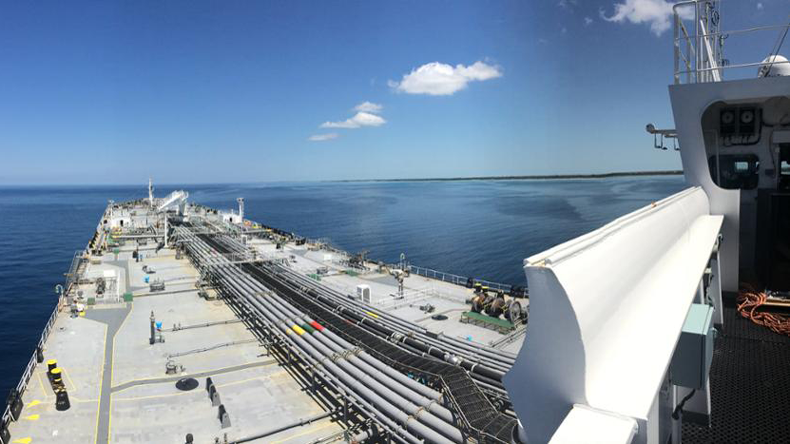 VENEZUELA’S crude oil exports have slumped to a trickle amid US sanctions.

The South American country, led by Nicolas Maduro, shipped just 500,000 barrels per day in 2020, according to provisional data by Lloyd’s List Intelligence. That is the lowest since 1990, when records began. Last year’s figure is almost half that of 2019 and compares with a high of 2.29m bpd in 1997.

Currently, there are 12 shipments on the water, for a total of 14m barrels, Lloyd’s List Intelligence’s latest crude tracker data shows. The cargoes are heading to the United Arab Emirates, Singapore, Malaysia and China, with one shipment to Cuba.

In January last year, 26 ships were used for the crude oil exports, the data shows, dropping to about 13 in August.

Greek and Iranian tankers have been involved with the trade as the heavy oil headed to European and Indian refineries. China began importing Venezuelan crude using its own ships late last year.

Sanctions by US president Donald Trump have crippled the nation, which has historically relied heavily on revenues from oil exports. Shipments have thus been on the decline since 2016 when sanctions on Venezuela’s state oil company PdVSA designed to oust President Maduro began to bite.

The US Office of Foreign Assets Control has been adding companies, individuals and ships to its ever-increasing sanctions list. It recognises opposition leader Juan Guaido as rightful leader, while declaring the Maduro regime “illegitimate”.

Without money for investments and maintenance, oil production has been affected, dropping to 1m bpd in 2019 from 3.7m bpd in 1970, according to the Organisation of the Petroleum Exporting Countries.

Refining capacity in Venezuela has slumped due to under-investment and mismanagement, leading to fuel shortages. Gasoline cargoes from Iran have been seen in recent weeks.

After the US seized Venezuelan-bound Iranian gasoline cargoes on Greece-owned tankers in the past month, Iran has taken the provocative step of sending gasoline on its own ships, arriving weeks before the US presidential election

Companies have been using methods to circumvent the tightening sanctions, such as switching off Automatic Identification Systems, so their positions cannot be detected. Ship-to-ship transfers have also been widely used, while using names of scrapped vessels to disguise shipments is on the rise.

According to reports, the exports by Venezuela, which is an Opec member, are the lowest since the 1940s, when it first began to ramp up production from its vast reserves of crude oil.