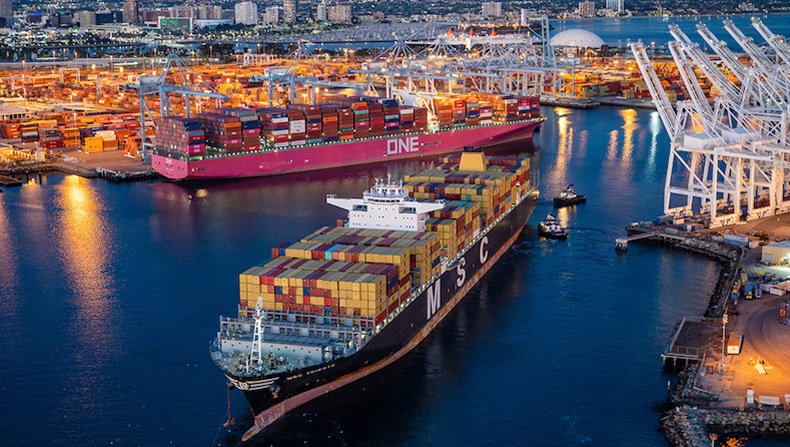 
Container rates are now more than triple what they were year ago. The cost of shipping containerised freight from Asia to North America has soared over the past few days, rounding off an extraordinary year for ocean carriers. In the final week of 2020, spot rates jumped by more than 60%, according to Drewry’s latest index, representing an increase of almost 370% over the year. The dramatic rise in eastbound rates coincides with unprecedented levels of congestion at the Los Angeles/Long Beach gateway over recent weeks.

The last 12 months have been depressing for the shipping industry as well as the world as a whole. But this New Year’s Eve, join Lloyd’s List in raising a glass to better times in the year ahead. Covid-19 vaccines are getting rolled out, a Brexit deal is finally done, and free trade will be back in fashion in Washington, so what’s not to like?


Cyber risk finally seems to be on the industry’s radar. BIMCO’s head of security says shipowners seem well prepared for the IMO2021 cybersecurity requirement, which takes effect from Friday. IMO2021 requires shipowners and managers to implement cyber risk management into their safety management systems by the time of their first document of compliance audit in 2021.


Yangzijiang Shipbuilding has won orders for two 24,000 teu containerships, marking the biggest vessels in this segment that the Chinese builder has yet constructed. The Singapore-listed company did not reveal the shipowner, but Lloyd’s List understands that Bocomm Financial Leasing and Mediterranean Shipping Co are behind the newbuilding contract.

DSME has cancelled an order for six containerships worth Won891.8bn ($771m). The newbuilding deal was signed a year ago with an unnamed African shipowner who has apparently failed to comply with the contract terms.

Ravi Mehrotra's Foresight Group is betting on a revival in the oil and gas sector as it appoints industry veteran Alok Jha to spearhead its drilling business.

Navigator Holdings announced that Hal Malone has stepped down from the board and BW Group executive Andreas Beroutsos is to replace him, in an apparent management shake-up following BW’s acquisition of a 39.1% stake in the company.

Malaysia’s MISC has won, through its joint ventures, a five-year lease extension for a floating production, storage and offloading unit deployed off Brazil.