UK plans to rival Singapore are more proposal than policy

Not being bound by EU rules necessitates discussions ‘exploring options to enhance the UK as an international hub for ship owning and shipping business’, argues UK Chamber of Shipping

The timing of a leaked set of proposals to bolster the UK flag next year has ruffled feathers and the ideas are more ‘blue sky thinking’ than considered policy, but plans to set out a post-Brexit growth strategy are long overdue 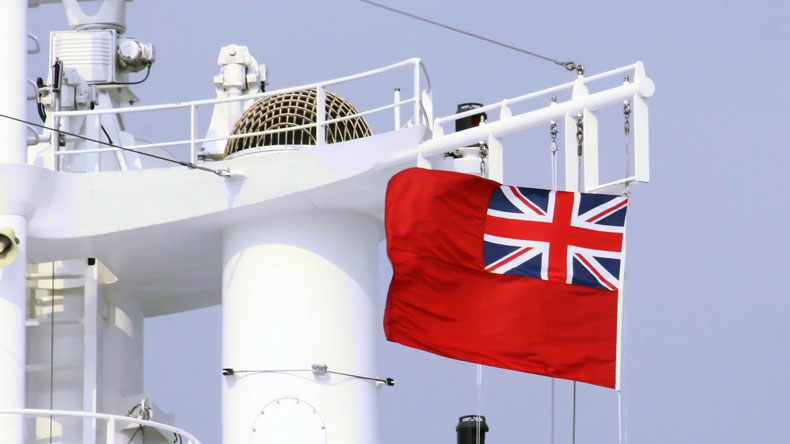 The draft proposals include a shake-up of existing tonnage tax arrangements and counting offshore vessels as ‘ships’ for tax purposes.

PUBLICLY, the UK shipping establishment is not commenting on leaked strategy documents aiming to turn London into a post-Brexit maritime rival to Singapore.

Privately, there is flurry of red-faced back-pedalling as officials point out that the confidential plans drawn up by the UK Ship Register were more proposal than policy and yet to get anywhere near ministerial consideration.

The draft proposals, which included a shake-up of existing tonnage tax arrangements and counting offshore vessels as ‘ships’ for tax purposes after Britain’s departure from the European Union next month, had been confidentially circulated to a select number of UK shipping companies and bodies, but then leaked to the Financial Times.

While the substance of the plans appear to be a natural extension of previously stated ambitions from the UK flag to review its strategy, the timing of the leak and the somewhat inflated headline media interpretation of the proposals have created an unwelcome focus on UK plans to deviate from EU rules next year — a divisive topic in the context of current EU Brexit negotiations.

“To ensure the most competitive business environment for maritime in the UK, it is natural that consideration is given to various future scenarios,” read the diplomatic statement issued by the promotional trade body Maritime UK.

The UK Chamber followed in a similarly non-committal fashion, refusing to comment on leaks, but pointing out that not being bound by EU rules necessitates discussions “exploring options to enhance the UK as an international hub for shipowning and shipping business”.

“As far as we know, these proposals are not government policy, and are very much within the ‘blue sky thinking’ stage of policy development,” explained the Maritime UK statement.

Uncertainty over the UKSR’s post-Brexit standing has seen a substantial outflux of tonnage over the last couple of years, with the departure of around a third of tonnage including heavy hitters such as CMA CGM, which pulled 49 of its ships from the UK last year “in light of Brexit and to avoid any uncertainty in the period with our fleet status and regulations”. That in turn resulted in a government U-turn on the UK policy that had previously targeted a doubling of the flag size to 30m gt.

But Britain will no longer be bound by EU rules on state aid and subsidies after Brexit, which will enable the government to boost incentives for owners to register in Britain.

The UKSR has made no secret of its ambitions to grow the flag, albeit from a significantly diminished base, and following a root and branch review last year had started setting out plans to achieve the quality standards they had set themselves along with a recalibrated growth strategy of 12.5%.

The fact that the proposals had been drawn up proactively by the UKSR and were being circulated to key stakeholders suggests that review process was coming to a positive conclusion.

Internally, the UKSR’s vision to become “the world’s best performing international flag” had gained traction and support from a client base that had consistently rated the quality of UK operations, even amid Brexit uncertainty. While the report’s repeated reference to Singapore as a comparator is likely to have raised a few eyebrows, nobody can fault the ambition of the report’s authors.

Successive reports trumpeting the £46bn ($56.9bn) contribution the UK’s maritime sector makes to the country’s economy had finally woken up the UK Treasury to the significance of shipping’s importance, so while far from policy, the leaked plans offer an insight into the proposed direction for the Red Ensign post-Brexit.

The cadet training obligation under the current tonnage tax regime is seen as a major disincentive, and one suggestion is for the state education system to train cadets directly, under a scheme that could cost £30m.

Another possibility is enabling floating production, storage and offloading vessels and drilling rigs to come under the UK tonnage tax regime, which is not allowed under EU rules.

Both the DfT and the UKSR declined to comment on the leaked proposals or the likelihood that they will now, as intended, be considered by ministers to take forward as a policy proposal.