Shipping just got a taster of the disruption yet to come

For the all the highs and lows that 2020 has thrown the maritime sector’s way, the real paradigm shift is about to cause real disruption. For shipowners, this is multi-tasking on a generational level

Shipping’s resilience has been tested this year, but a low orderbook does not save a market and the immediate future is riddled with uncertainty. Mid-term, the business models that survived this year may not be set up for a future requiring financial flexibility, transparency, a smarter approach to digital integration and of course sufficient foresight to survive the decarbonisation transition 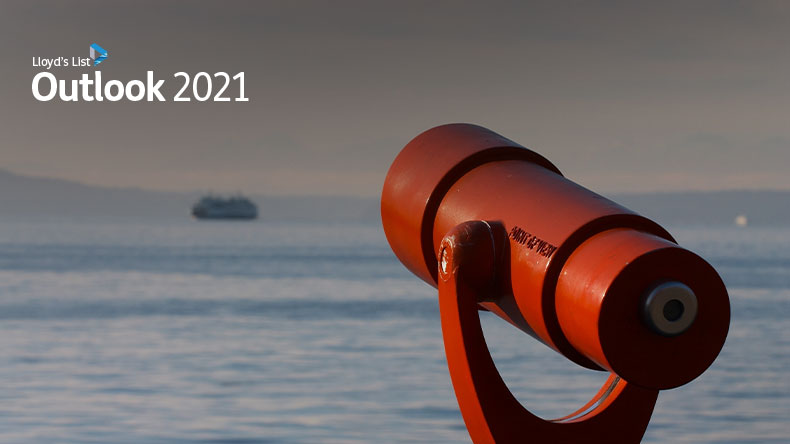 Source: Liem Bahneman / Shutterstock.com Shipping's prospects for 2021 are pinned on the coronavirus vaccine.

IT IS entirely possible to read the runes and make a strategic play in the shipping market based on the supply and demand dynamics of 2020.

However, as we have been arguing for several years now in these annual market outlooks, context is key and much of shipping’s future fortunes rests on factors that have little to do with ships.

In a year where we have all become armchair epidemiologists courtesy of coronavirus, we suggest there are useful lessons to be learned from the evolution of scientific knowledge as we consider shipping’s prospects from here on.

Science does not change its paradigm overnight. Copernicus did not immediately convince peers that the sun was the centre of the cosmos; Einstein’s ideas, relatively speaking, took a while to take hold.

Younger scientists take a new paradigm forward. As the American philosopher Thomas Kuhn put it back in the early 1960s "a new scientific truth does not triumph by convincing its opponents and making them see the light, but rather because its opponents eventually die, and a new generation grows up that is familiar with it."

Paradigm shifts are a messy business and don’t happen in a big bang. But the evolution of established thinking cannot be taken as a constant for any generation.

The relevance of such laboured analogy is to point out that while the shipping industry needs to sustain its business as usual operations amid an increasingly volatile set of market and macro risks, there is also a pressing need to consider the longer-term context.

The twin tectonic shift of decarbonisation and digitalisation, combined with an established trajectory towards transparency and corporatisation, all promise near-term disruption and require a wholesale mid-term rethink of the industry’s established business models.

For shipowners, this is multi-tasking on a generational level.

However, let’s consider 2020 first, before we tackle the epoch shift awaiting us.

One could easily write off 2020 as an anomaly — a flock of black swans swooped into view and disrupted everything. And it would be true, to a point.

In tankers, the incredible highs and lows of 2020 translated to record rates and record profits, quickly followed by desperately poor earnings — some touching 11-year lows. In containers, a $20bn loss has been magically turned into a $14bn stellar performance as the world isolated itself and required shipping to deliver the tools of what we are temporarily calling the new normal of remote working.

The summaries of 2020 will all dissect China’s early recovery as the first major demand driver to grow since the coronavirus pandemic crashed through the global economy, and take a position on the underlying uncertainties that await in 2021. But the shipping specific story will be the low orderbook and the insulation that provided shipping compared with previous economic crises.

Perhaps the real anomaly this year is that supply, more by luck than design, is manageable, having hit a 30-year low point due to a combination of dwindling finance availability and hesitancy from owners looking at the low-carbon transitional options.

Valuations have suffered, equity capital is scarce and expensive, while banks are still, generally speaking, in retreat from shipping. Fewer newbuildings and a subdued sale and purchase market is no bad thing given past mistakes, and anything that can finally put a nail in the coffin of speculative boom and bust shipping cycles should be welcomed warmly as a sensible step towards a more sustainable future.

Yet a low orderbook does not save a market — you need demand return to recalibrate the fleet even before we consider the thorny issue of decarbonisation deadlines and dynamics. And that’s where we still have no real certainty.

While large parts of the global economy have staged a better recovery from the first wave of the pandemic than initially anticipated, global seaborne demand was initially decimated and overall volumes are expected to decline by 4%-5% in 2020 compared with 2019 volumes.

Most forecasts predict that the lost volumes will be restored sometime during the next 12-18 months, but the effects of the second wave of the pandemic are difficult to predict.

The macro-economic wonks have all upgraded forecasts for 2021 following recent positive vaccine developments and expect the average quarterly GDP growth rate to be the strongest since 1978. Yet this will only be enough to return global GDP to pre-crisis levels. So, it is unlikely to feel like the best year in more than four decades.

Which is why this year cannot be considered out of context with what happens next. For all the ‘urgent’ debate within the International Maritime Organization and industry forums, uncertainty pervades every aspect of shipowners’ strategic thinking right now.

Difficult decisions to be taken today, amid the apparently anomalous circumstances of the coronavirus backdrop and the uncertainty of a global economy requiring urgent decarbonisation.

“Buying ships today that won’t be delivered for two years and last for 25 years is a risk when we do not know exactly what fuels we will be using from 2030,” explained AP Moller-Maersk chief executive Søren Skou during a recent earnings call.

His statement summed up the shipowner dilemma more succinctly than the petabytes of data analysis available charting carbon intensity of trade vs the existing trajectory of shipping emissions.

The inconvenient truth is that shipowners are in a race to be second when it comes to decarbonising the global fleet.

First movers risk expensive early obsolesce while laggards looking to profit from an uneven transition risk being left behind by rapidly changing market requirements that are increasingly running ahead of protracted regulatory timelines.

The Goldilocks risk approach — not too soon, not too late — accepts that the shipping industry will have limited agency in the pace and scope of the global energy decarbonisation transition, but assumes the basic aim of maximising energy efficiency of the transitional fleet in a bid to buy time for viable zero carbon fuel substitutions and infrastructure to emerge.

However, the transition to a zero-carbon future represents a generational risk for shipowners who require a centrist position, maximising flexibility both in terms of asset investment and business models.

Short-term risk is associated with the existing fleet struggling to stay ahead of carbon efficiency metrics that will increasingly eliminate tonnage and some owners from the market.

That process will spur a mid-term green order boom to account for the transitional fleet replacement requirements that cannot be met via retrofits. The most significant mid-term risk for shipowners in this period lies in the longevity of designs which are already dividing owners.

While some of the advanced guard are betting on transitional dual-fuel and tri-fuel tonnage options, the majority are assuming conventional fuel eco designs will sustain them ahead of the Annual Efficiency Ratio curve of carbon emissions long enough to leapfrog gas as a transitional option heading directly into ammonia or hydrogen designs. That division is already starting to shape the strategic outlook of the transition.

That, in turn, assumes a significant shift in the competitive landscape of vessel ownership and long-term we anticipate environmental, social and governance capital requirements will increasingly favour the stability of consolidated fleets matched against long-term cargo interests, eliminating much of the generational privilege felt by traditional ownership models.

The discussion then is a question of how you see that scientific paradigm shift. Are we mid evolution, or on the cusp of revolution?

In 20 years’ time, will we look back at those who have made it and conclude it was the companies that followed the structured path, making incremental changes with the aim of consistent improvement in mind?

Or will the companies carrying seaborne trade look back at the failed analogue, carbon-fuelled business models that preceded them and wonder how the previous generation got it so wrong for so long? 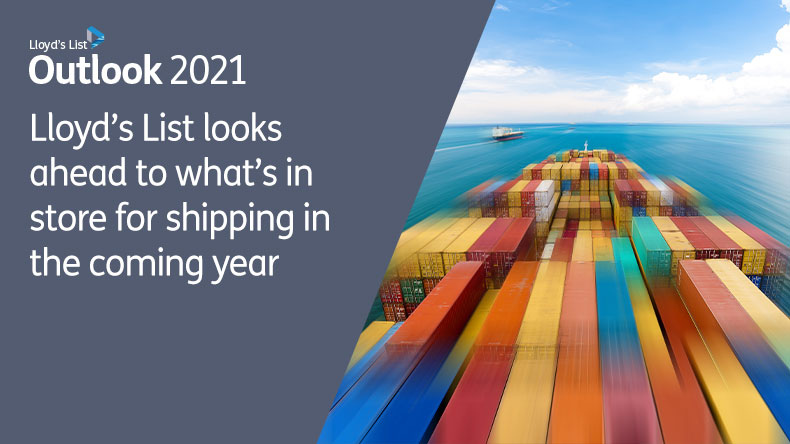 Can a bipolar tanker market find equilibrium in 2021?