Shipping acts together to support seafarers during festive season

Shipping companies, such as Maersk, are working with charities to support seafarers during the Christmas period with cash donations and gifts

International Chamber of Shipping says the campaign has seen extra funding given to seafarer welfare organisations. The International Christian Maritime Association, for example, received a donation of $168,500 from the ITF Seafarers’ Trust to distribute gifts 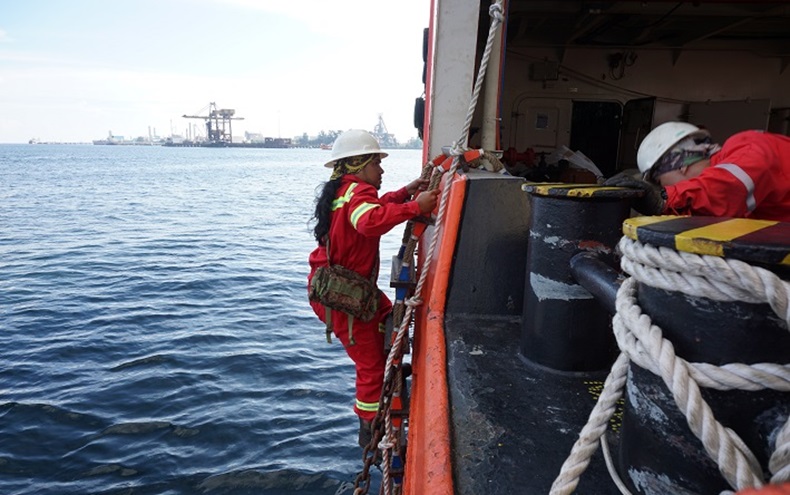 Campaign will ensure seafarers receive support as they have worked tirelessly to keep world trade moving.

SHIPPING companies are working with charities in a new campaign to support seafarers during the festive season.

The International Chamber of Shipping said the campaign will ensure seafarers receive the support they deserve as they have worked tirelessly to keep world trade moving.

“Since the beginning of the pandemic, we’ve witnessed the world’s seafarers extending their tours of duty to keep supply chains open, delivering everyday necessities and medical supplies to those in need,” ICS secretary-general Guy Platten said.

“The #SeafarersDeliveringChristmas campaign presents a great opportunity for the global shipping community to unite and show our appreciation and care for these key workers,” he said, adding that anyone who sympathises with the cause should participate in the initiative.

The campaign has driven donations to seafarer welfare organisations that are experiencing an extra financial burden as a result of the pandemic.

So far, Maersk Line has donated $10,000 to each of its US-flagged ships. Those who have spent at least 120 days at sea will also receive a gift basket. The International Christian Maritime Association also received a donation of $168,500 from the ITF Seafarers’ Trust to distribute gifts.

Officers’ union Nautilus International says the plight of seafarers should not be forgotten as the crew change crisis drags on. A survey has shown the toll on Nautilus’ members, with half of the 350 respondents considering leaving the industry

Other festive projects include an online Festive Countdown launched by the International Seafarers’ Welfare and Assistance Network, giving away prizes to seafarers and promoting ideas for onboard activities.

The UN’s International Labour Organisation has recently adopted a resolution on the urgent need to implement measures to allow crew change, classify seafarers as key workers, and provide medical care to seafarers in need.

Lloyd’s List unveiled its annual Top 100 most influential people in shipping ranking last Friday and named seafarers at the top of the list.