The UK Chamber of Shipping and British International Freight Association are among groups warning that deeper problems behind the congestion cannot be solved overnight. Box shortages and higher demand for goods because of Christmas, Brexit and coronavirus have worsened bottlenecks

UK logistics groups have called for government help keeping supplies moving as congestion born of imbalanced container trades continues to trouble the industry. They called for reforms to prevent such problems arising in future 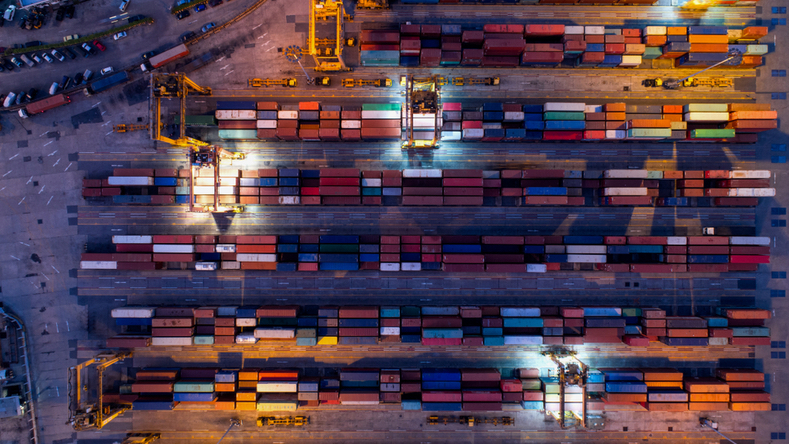 The peak of congestion may have passed but there are still hard months ahead.

THE UK logistics industry has called on the government to help resolve port congestion as volatile container trades continue to roil supply chains.

In a letter to the Department for Transport, nine trade groups called for “sensible flexibilities and easements” to help move containers on and off ports.

Pandemic-led disruptions to demand and supply have caused congestion at box ports around the world.

Congestion at the British ports of Felixstowe, Southampton and London Gateway has delayed cargoes, diverted ships from the UK and hiked costs for freight forwarders.

“Although we are hopeful that the current peak of port congestion has passed, high volumes remain and could persist for some months, running into the period of the end of the EU transition,” the letter says.

First-half of the year earnings are down by a fifth from where the were projected to be before the pandemic. Supply chain disruption and precautionary measures mean recovery will not begin until next year

The signatories include the UK Chamber of Shipping, the British International Freight Association, the UK Major Ports Group, Logistics UK and the Road Haulage Association.

They say global factors contributing to the container imbalance, like the surge in e-commerce and climate change, were beyond the industry’s control and could not be solved overnight.

In the UK, higher demand for stock ahead of Christmas and the Brexit transition worsened the situation.

But it said government and industry together “should seize this opportunity to reform the conditions that would make acute freight congestion less likely in the future”.

Such reforms could include road and rail investments, and more consideration of freight in planning.

Honda has said it would pause its UK car production citing parts shortages.

Forwarders have asked the government to intervene at Felixstowe, while European shippers and forwarders have called for liner shipping companies to review their practices to help restore stability.

Port operators and container lines are now in dialogue with each other under the auspices of the Department for Transport in an effort to free up UK supply chains which have been badly hit by terminal congestion that, in turn, has played havoc with ship schedules

A UK forwarder told Lloyd’s List there was about as much chance of a vessel not calling at the UK as calling there when due, such was the extent of congestion. One ship had unloaded containers at Morocco rather than call at Felixstowe, he said.

“Everyone’s got the same issue — too many containers, too many empties,” he said.

But he added: “Why on earth would Honda still be operating a just-in-time model and not stocking up in a market that everyone knows is totally unreliable?”

Drewry ports and terminals analyst Eleanor Hadland said the UK port industry had entered a downward cycle where congestion slowed ship productivity, causing carriers to depart the port before completely unloading — a “cut and run” — which in turn worsened the congestion.

DP World close to ‘business as usual’ at UK terminals