Marine insurance makes for one of the largest items of opcost for most owners, and is set to get more expensive in the year ahead, when outlays are likely to rise at least 5% for P&I and at least 10% for hull 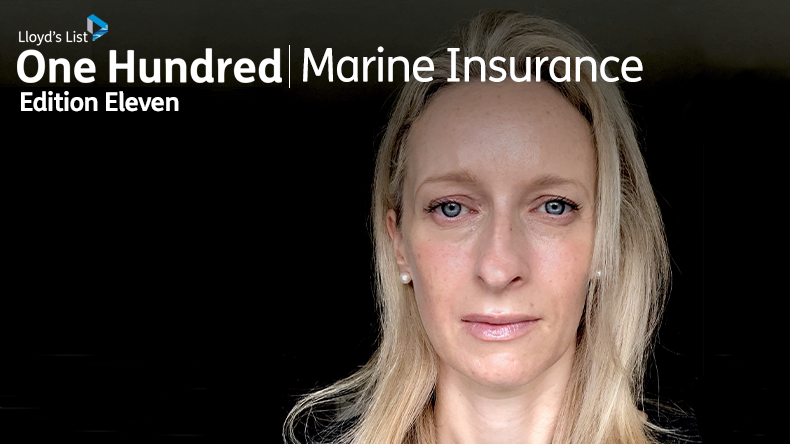 Source: Marsh JLY Speciality Nevill: growing into her role despite the toughest baptism.

Career marine underwriter Louise Nevill has been chief executive, marine and cargo at Marsh JLT Specialty UK, one of the world’s largest marine brokers, since the start of 2020.

Two months into her time in the top job, the coronavirus pandemic kicked in, leading one observer to comment: “The toughest baptism you could ask for, but she is really growing into the role.”

Ms Nevill’s 'been-there-done-that' CV saw her start as an assistant marine underwriter at Markel after graduation in 1996, since when she has also taken in stints as head of marine at Talbot, director underwriting at W/R/B and, latterly, vice-president underwriting at Gard, prior to her current role.

Being chief executive of Britain’s largest — and the world’s second-largest — P&I club as ranked by gross tonnage would be a busy enough day job for most people.

Yet Paul Jennings doubles down by taking on additional responsibilities as president of the International Group of P&I Clubs.

The IG, as it is known in marine insurance jargon, has itself been much in the news in 2020, with affiliate after affiliate ascribing the need to levy general increases of between 5%-10% to strains on the pool scheme, a mechanism under which clubs share the burden of major casualties.

Coincidentally, North Club has sustained two of those of late, in the shape of the Grande America and Golden Ray casualties.

One interesting statistic to be unveiled at this year’s International Union of Marine Insurance conference is that the Nordic hull market is now larger by premium volume than the Lloyd’s hull market.

And the man in charge of the biggest slice of Nordic hull is Bjornar Andresen, group chief underwriting officer at Gard.

Gard itself is a mutual, but runs Gard Marine & Energy, with its 35% market share, on a commercial basis as a means of subsidising the mutual membership.

In a recent interview with Lloyd’s List, Mr Andresen let Londoners in on the secret of Scandinavian success, which he believes includes price discipline and access to mutual capital.

Richard Turner spent much of 2020 job-hunting, after parting company with RSA, for whom he headed all specialty lines Europe-wide after setting up an office in Luxembourg to facilitate that task.

Yet throughout that time, he played a key representational role for marine insurance as president of IUMI and was recently re-elected for a second two-year term.

Now he is back in London, in the newly created role of head of marine at Victor International, the leading managing general underwriter.

The son of an Anglican priest from Essex, and a marine insurance professional since leaving school, Mr Turner is a keen cricket fan. He will no doubt be happy to have the opportunity to watch his county side in action again, once coronavirus allows.

Scandinavia remains home to the world’s largest P&I club and is now the world’s largest hull market. Cefor — whose name is derived from the Norwegian acronym for the Nordic Association of Marine Insurers — is the backbone of the region’s powerful marine insurance sector.

Running the show is Helle Hammer, its managing director. Ms Hammer got into marine insurance relatively recently in 2007, having previously worked for a political party, the Norwegian Shipowners’ Association, the civil service and as director at the Houston office of Innovation Norway.

She is also a council member of Det Norske Veritas, on the board at the Maritimt Forum, and on the supervisory council of Norges Banks.

While Europe retains the top three markets in hull insurance, Asia is catching up fast. Leading the way in its emergence is Rama Chandran, head of marine at QBE.

There followed spells as a marine underwriter at Swiss Re, head of marine at Asia Capital Re and class underwriter at Argo, before taking his current job in 2015.

Neil Roberts is responsible for marine and aviation at the Lloyd’s Market Association and is secretary to the discreetly influential Joint War Committee. This designates which co-ordinates on the map of the world attract additional premiums on account of the heightened risk of ships becoming targets in armed conflicts.

Prior to starting at the LMA in 2002, he worked for three Lloyd’s syndicates, underwriting marine, non-marine run-off, war, terrorism and political risk, so he is obviously an old hand at this sort of stuff.

Mr Roberts has also been involved with issues of piracy and sanctions.

Patrizia Kern-Ferretti has seen her profile rise significantly in 2020, thanks to her participation in the Global Maritime Forum, where she has strongly promoted the environmental, social and governance agenda in marine insurance.

Ms Kern-Ferretti is based in Thalwil near Zurich in Switzerland, where she works as head of marine at Swiss Re Corporate Solutions and was previously a marine underwriter at Gen Re.

She also sits on the IUMI executive and is chair of the organisation’s big data and digitalisation forum.

Rahul Khanna is global head of marine risk consulting at Allianz Global Corporate & Speciality. His role in producing AGCS’s annual Safety and Shipping Review has made him a leading voice on maritime safety issues.

Prior to his current role, Capt Khanna conducted casualty investigations for London Offshore Consultants. He was also a master with Gulf Energy Maritime and a chief officer with Tschudi and Eitzen.

Capt Khanna is a graduate of Cass Business School, where he secured a distinction in his master’s degree in shipping, trade and finance in the 2007-2008 academic year.

Fixed-premium hull insurance is still a minority option, but American Hellenic Hull Insurance, wholly-owned by marine mutual American Club, is growing fast and now has 3,000 vessels on its book.

Chief executive Ilias Tsakiris, a former seafarer, has guided the concern since its inception in July 2016, building what was left of the old Hellenic Hull Mutual into the rapidly emerging player it is today.

“He’s at the head of a dynamic new entrant in the sector and is shaking things up,” reports one local commentator.

Under Mr Tsakiris’s aegis, AHHI has recently signed a memorandum of understanding with the World Maritime University to launch a postgraduate diploma in marine insurance.

The Top 10 in marine insurance list is collated by the Lloyd's List editorial team and considers a mixture of traditional power-brokers in an insular niche, as well as those doing noteworthy things within it