Representatives from Asia’s three major shipbuilding states have joined the calls for the European Commission to change course on its plans to include shipping in the EU Emissions Trading System, marking the growing concern over the direction of international carbon reduction efforts 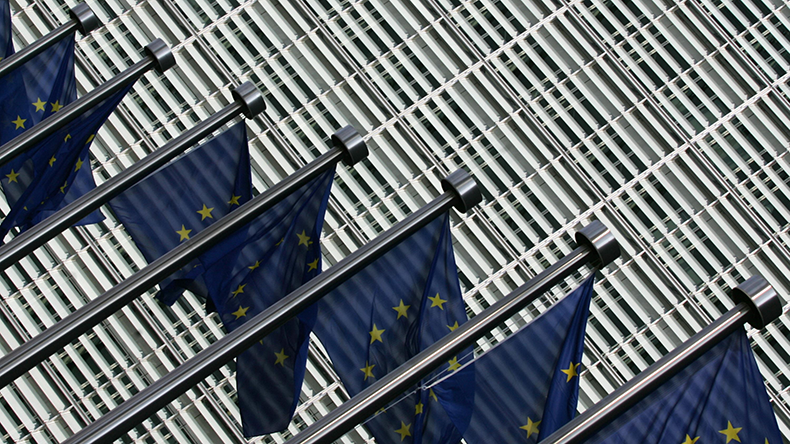 The European Commission has said that it plans to extend the ETS to at least include intra EU-voyages.

IN separate submissions to the European Commission, the governments of Japan and South Korea recently said the European Union’s plan to incorporate the maritime sector into its Emissions Trading System could potentially undermine shipping's decarbonisation progress on the global stage, cause market distortion and even fail to reduce emissions.

The feedback by the two countries, which have both recently committed to achieving net zero emissions by 2050, mark the most high-profile state-level effort to thwart shipping’s inclusion in the carbon market, aside from the International Maritime Organization, which has previously spoken out against the plan.

Their comments came as the commission prepares its proposal for the revision of the ETS, which is anticipated to be unveiled in June 2021. The commission has vowed to include the maritime sector in the renewed system.

South Korea said that 154 vessels from 22 Korean shipping companies were regularly calling at EU ports and they would need to spend around $100m on emissions allowances. It did not elaborate on how it calculated that figure.

The European Commission has said that it plans to extend the ETS to at least intra EU-voyages, leaving open the potential that it will not cover voyages to and from non-EU ports, a concession that the broadly ETS-opposed shipping industry would welcome.

However, Japan specifically warned that incorporating even just domestic voyages into the ETS would be a mistake. “Such a measure will rather raise a risk of negative consequences both in terms of environmental integrity and sustainability of global maritime transport and trades involving the third countries, such as those between EU member states and Japan,” the Japanese government wrote.

Chinese shipowners added their voice to the criticism of the EU plans in the past week.

In October 2019, the market capitalisation of oil major Royal Dutch Shell was 600 times higher than that of shipowner Teekay Tankers, one of the largest tanker companies. The EU’s CO2 monitoring, reporting and verification scheme’s focus on a company such as Teekay misses an important point

It was also suggested that Beijing should use bilateral diplomacy to influence Brussels’ decision on the issue. China, Japan and South Korea are the world’s three biggest shipbuilders in capacity terms, according to Lloyd’s List Intelligence.

There is no common agreement among shipowners in EU member states, either.

Greek shipowners, the world’s biggest national owners’ bloc, have told the commission that an EU mandatory fuel levy payment would be preferable to its current plan and demanded that commercial operators, which would include charterers, pay for that levy.

Danish shipowners have instead asked that shipping in the trading scheme be given some free emission allowances, as aviation currently enjoys, and that the rules apply to only domestic voyages. There would be a potential for geographical expansion in a decade.

German shipowners were less receptive than their European peers. The closest they came in their intervention to endorsing a market-based measure alternative was recognising that a carbon tax or a fossil levy have been identified as being more effective in reducing emissions and fossil fuel use, indirectly echoing the Greek position. However, they did not go as far as agreeing to it.

Read more news and analysis on shipping’s path to decarbonisation in our special section.

Despite the obvious division over the EU position, speakers at this year’s Lloyd’s List 2021 Shipping Outlook Forum were optimistic about progress being made in the coming year.

Global Maritime Forum chief executive Johanna Christensen is hoping for a “quantum leap in decarbonisation in shipping” in 2021, with the industry at the forefront of the push for emissions-free transportation at the United Nations Climate Change Conference (COP26) in Glasgow in November 2021.

Michael Parker, head of shipping and logistics at Citigroup, said that one of the biggest challenges would be collaboration. He also stressed that for that to be successful, “shipping has to become profitable — we don’t talk about that enough.”

“Glasgow must not only focus on decarbonisation but also on importance of shipping in globalisation.” Shipping must take its place in the forthcoming investment revolution, “not standing on one side, complaining.”

An online poll conducted prior to the forum found that decarbonisation is considered the second most significant macro factor affecting shipping markets next year after the Covid-19 vaccine.

Some 39% of respondents also identified hydrogen as the fuel technology that offers the best chance of achieving zero carbon emissions shipping by 2050, ahead of biofuels and nuclear.

The industry’s position on alternative fuels, as well as investment and financing, are central to a new Decarbonisation Survey launched by Lloyd’s List in association with classification society Lloyd’s Register.

It is expected to add clarity regarding current industry thinking and this regular poll of industry decision makers will create a dynamic view of shifting sentiment and investment as owners and financiers move from fleet renewal favouring flexibility to strategic investments to fit a complex multi-fuel future.

The initial results of the survey were presented at the Lloyd’s List 2021 Shipping Outlook Forum but it is not too late to have your voice heard. Simply select the link in the banner below.

If you missed the 2021 Shipping Outlook Forum, follow this link to register and rewatch.