The International Maritime Organization remains the most important player in maritime regulation; but the European Union's plans for shipping are making it increasingly more relevant

The pandemic may have derailed the pace of regulatory proceedings, but efforts by the biggest players to shape those regulations did not stop 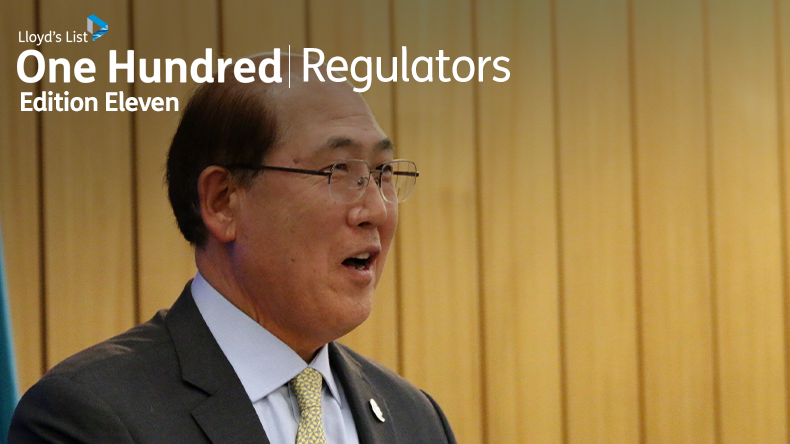 Disruptions this year made the need for global leadership and cohesion all too clear.

Amid the coronavirus pandemic that left hundreds of thousands of seafarers stranded at sea, International Maritime Organization secretary-general Kitack Lim tried to resolve the problem, applying pressure on governments to help with crew changes and repatriation. The crisis continues today.

In relatively more mundane matters, the IMO approved short-term greenhouse gas measures to cut emissions, an important early step for its initial strategy that will affect energy efficiency and carbon intensity of the fleet. The measures will likely be adopted in mid-2021.

In 2021, Mr Lim will not only have to continue the push to end the crewing crisis, but he will also need to ensure the organisation continues with its decarbonisation work at a rapid pace, while maintaining the fragile balances that exist among the different interests in this process.

The European Union’s intentions to regulate shipping emissions have been evident for a long time. However, under European Commission president Ursula von der Leyen and the European Parliament through Greens MEP Jutta Paulus, that ambition looks greater and more within reach than it has ever been.

Ms von der Leyen’s unequivocal declaration of intent to include shipping in the EU carbon market, the Emissions Trading System, and Ms Paulus’s proposal for both changes to the EU’s emissions data collection system, the Monitoring Reporting and Verification system, and shipping’s inclusion in the ETS, will make it politically very difficult for the EU not to take action and impose measures that the industry has long feared and opposed.

Decisions coming out of Brussels in 2021 may be the most impactful yet; the commission will unveil its highly anticipated ETS plan, a task handled by commission vice-president Frans Timmermans, and the EU will also need to negotiate the European Parliament’s MRV proposal. Shipping will be watching closely and talking loudly.

US sanctions against Iran and Venezuela continued to have crucial practical implications for the shipping industry, especially tanker companies, insurers, lawyers and flag registries.

Andrew Weinschenk, who took over after his predecessor David Peyman left the US Office of Foreign Assets Control in May — his official title is Acting Deputy Assistant Secretary for Counter Threat Finance and Sanctions — oversaw policies that slashed exports of the two countries to levels not seen in decades.

It also saw certain shipowners that do business with them deploying subterfuge tactics to avoid detection; and it affected traditional shipping routes.

The lasting impacts of these policies in the grander scheme for the industry is the addition of more complex risk assessment, compliance, auditing and know-your-customer practices to avoid falling foul of Ofac.

It is unclear for how long these policies will last. The election of Joe Biden to the presidency could see a new approach from the US and the answers to these questions will rest with his decisions.

The chairman of the largest shipowners’ association has been a leading voice in the pressure on governments to help out with crew changes.

Esben Poulsson, who was reappointed at the International Chamber of Shipping in September, has been outspoken about shipping’s humanitarian crisis and has sought partnerships with other industry associations, the International Maritime Organization, UN agencies and even the International Transport Workers’ Federation.

The ICS is still one of the leading industry voices in the IMO and never one to sit out a regulatory debate. It was one of the co-sponsors of the new short-term greenhouse gas emissions measure that regulators approved in November 2020.

Under Mr Poulsson’s watch, the ICS is also one of the organisations leading the charge for the mandatory $5bn research and development fund, which the IMO agreed to consider further in 2020.

The year 2021 could be one of ICS’s most challenging as the crewing crisis rages on, there is ever-greater pressure on the IMO to move forward with stricter emissions measures and the European Union steams ahead with its Emissions Trading Scheme agenda.

BIMCO, the world’s largest shipping association, is one of the most significant industry influencers in global regulations, building consensus among its members that are located across the world and have varying interests.

Under Sadan Kaptanolgu’s presidency this year, it has been an important voice in the seafarer crisis; vocal supporter of the International Maritime Organization and opponent to the European Union’s Emissions Trading Scheme; a co-sponsor of the $5bn R&D fund at the IMO; and a leading voice in shipping’s calls over persistent piracy.

With its decision to open an office in London in early 2021, the organisation will be closer to the action at the IMO’s headquarters at Albert Embankment.

Its contributions extend beyond the IMO. BIMCO’s new sale and leaseback contract standard may end up serving as a template for many of the financing deals that emerge.

The year 2020 was eventful for the association internally, with the arrival of new secretary-general David Loosley following the departure of Angus Frew.

Ms Kaptanoglu’s tenure as president will end in June 2021, when Sabrina Chao, the chairman of Wah Kwong Maritime Transport Holdings Limited, takes over.

By now, shipping’s regulators and lobbyists are perhaps getting used to the level of attention they are getting from environmental groups, activists and the general public.

It seems like every International Maritime Organization decision on emissions, every meeting and every proposal is under more scrutiny than ever before. Protests at the IMO headquarters — and this year even embassies — ahead or during environmental negotiations appear to be becoming the norm.

Environmental groups and Twitter activists are bringing more attention to the IMO’s work and industry lobbies’ environmental efforts than some would like, generating at times complaints that the industry is misrepresented or misunderstood.

Societal pressure is at the root of more commitments by governments, corporations and banks to combat climate change. Shipping is no exception.

The number of primarily European governments who expressed their disappointment with the levels of ambition in the new IMO short-term measure was indicative of the pressures those countries are under from their public.

When the world is paying attention, governments need to tailor their behaviours to their citizens’ expectations.

With IMO talks inevitably heading to market-based measures and the European Union edging closer to negotiations for shipping’s inclusion in its Emissions Trading Scheme, this scrutiny on the shipping industry will likely be greater than ever before in 2021.

As this list demonstrates, shipping bodies across the spectrum took to defending global uniform regulations yet again in 2020 against the European Union’s aspirations — perhaps none, however, as elaborately as the World Shipping Council.

The WSC made the case against shipping’s inclusion in the EU Emissions Trading Scheme and especially international voyages, marking the most aggressive effort to thwart that plan and sending a clear signal of how the liner shipping industry feels about the idea.

Under Ronald Widdows, who has served as chairman since 2008, and president and chief executive John Butler, the WSC has become the most important conduit for the liner industry, with regional regulators as well in the IMO.

It was among the originators of the $5bn industry R&D fund proposal that the IMO discussed in 2020.

FOR the fragmented tramp shipping industry, navigating through an ever-politicised market can often seem like an uphill battle.

For Intercargo and its president Dimitris Fafalios, the list of priorities in 2020 was fairly extensive: the crewing crisis, bulker safety standards, global and regional regulations, to name but a few issues.

As ever, they made sure those interests were heard; Intercargo continued to speak out against the European Union’s carbon market and, aside from just pushing for government action, it also put pressure on charterers and airlines to help out with crew changes and repatriations.

Intercargo will remain a core influencer in divisions in regulations in the future. In 2021, with the slew of decisions at stake at a global and regional level, Mr Fafalios and his secretariat may need to work harder than ever.

The Global Maritime Forum is evolving from a collection of ambitious companies to one of the biggest drivers of change outside the shipping’s key regulatory fora.

Peter Stokes is the chairman of the non-governmental organisation, which has taken a leading role in the formulation of initiatives such as the Sea Cargo Charter.

This could result in heightened and more granular levels of transparency and accountability on shipping emissions at a level not seen before.

Unlike the other associations on this list, the GMF has chosen not to become a member of the International Maritime Organization, a decision that means it does not have direct a say in regulations negotiations.

However, this also allows it not to follow the slow and steady approach that organisations in the IMO tend to take, while the calibre and weight of its partnering companies means the changes they usher into the industry will, in some ways, be reflected in regulatory discussions.

As corporations feel the need to respond to stakeholder pressures and take more action on initiatives, the GMF is set to be the outlet for those actions.

The ClassNK chairman has been at the helm of the International Association of Classification Societies since July 2020, taking over the customary one-year position under most unusual circumstances.

Amid the chaos brought on by the coronavirus pandemic, IACS is still the leading trusted technical authority within the International Maritime Organization, where it maintains its position as an apolitical body that helps guide regulators through the details of complex maritime regulations.

IACS has also had to adapt to conditions in 2020, working on extending statutory certificates amid yard and inspector restrictions and developing safer remote surveys, whose importance became clear during the year.

Mr Fujiwara has said the organisation will take the lessons from this period to improve its guidelines on remote surveys.

With the IMO’s short-term measure approved, IACS expertise will come in handy in 2021 as regulators decide on carbon-intensity indicators and the moves to adoption and implementation.

Lloyd’s List’s Top 10 for the various shipping sectors will be published daily in the lead-up to One Hundred People 2020 — our annual ranking of the industry’s most influential players, which will be revealed on Friday December 11

BIMCO calls on Nigeria to combat piracy at sea