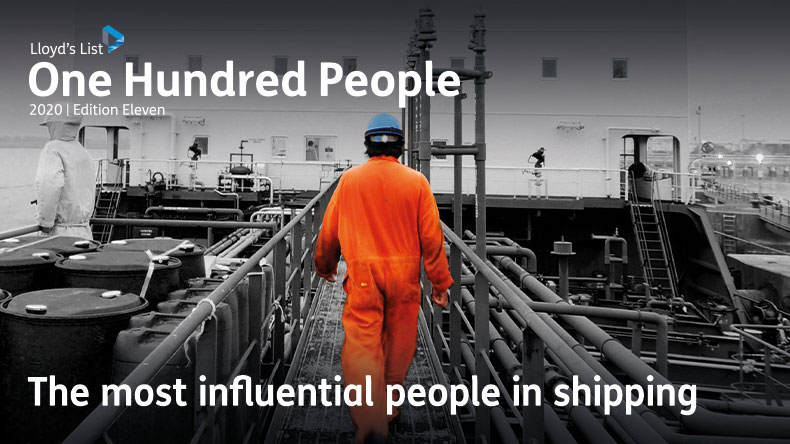 
The coronavirus pandemic may have been 2020’s defining event but core issues on shipping’s long-term agenda, such as decarbonisation, remain. The Lloyd’s List Top 100 most influential people in shipping rankings reflect those leading the charge for future fuels, as well as the top innovators, financiers and other industry heavyweights.

The Seafarer topped our annual rankings of the Top 100 people in shipping. This year, of all years, their essential work on board vessels kept trade moving against a backdrop of lockdowns and travel restrictions.

Weather, vessel design and operational issues are just some of the factors that will need to be looked at in the search for answers over the loss of containers from ONE Apus.

International shipping has warned that the European Commission’s intention to include the industry in the bloc’s Emissions Trading System may be a recipe for wider trade wars. The fear is among a slew of potential negative consequences that may stem from extending the ETS to shipping, according to the International Chamber of Shipping.


The co-founder of UK-based Ambrey, the biggest private armed guards company, has said the industry needs better regulatory oversight, in response to the attempted hijacking in July of an Eagle Bulk ship by a disgruntled guard.

Ship finance is still happening — despite the pandemic — and is increasingly an Asian game, as reflected in the Far East’s dominance of this year’s list of the top ten in ship finance.

The Lloyd’s List editorial team offer behind the scenes insight into the arguments, stories and process that fuelled this year’s edition of the annual Top 100 ranking of influence in shipping in this week’s podcast.


Spot rates on the Asia–Europe trades soared to record highs again as surging demand and equipment shortages continued to add pressure to shippers. Figures from the Shanghai Shipping Exchange show rates from Asia to northern Europe surged to the highest level since the index launched in 2009.

China’s boycott of Australian coal has provided added weakness to the capesize market, which is trailing other bulker segments in terms of spot earnings, but this has been partially offset by increased appetite from Indian utilities.


Shell’s shipping operations will be under new management from mid-2021 when industry veteran Grahaeme Henderson will retire, handing over the reins to Shell’s current head of shipping and maritime in the US, Karrie Trauth.

A UK lawyer has outlined the pitfalls for companies seeking to invoke force majeure when confronted with Brexit delays and port congestion disrupting British container trade. The devil is in the fine print, and shippers are urged to read it.

A fresh review of the September 1994 sinking of the ro-ro ferry Estonia, in which 852 lives were lost, has revealed that the tragedy followed more of a typical pattern of major accidents than had been acknowledged.

The coronavirus pandemic has made it more difficult for people to see just how much the shipping finance market landscape has shifted in the past 12 months, according to a partner at a prominent New York law firm.

Young lawyers have lost out in the coronavirus lockdown because they are not in the office to learn from experienced, older lawyers, regrets Rita Al Semaani Jansen, a partner at law firm Ince in Dubai.

After a two-year hiatus because of drought, Port Kembla on Australia’s east coast announced it has shipped its first major grains cargo, which is destined for the Middle East.

The listed leasing arm of Cosco Shipping expects to offload a substantial stake in one of its non-shipping subsidiaries to a state-owned fund for more than $270m.

Leading Russian private LNG player Novatek has teamed up with Siemens to embark on a project to produce LNG using carbon-neutral hydrogen.