Most managers grew their fleets in 2020 through agreements to take over vessels from shipowners' in-house managers. The crew-change crisis played a significant part for much of the year

All the top shipmanagers explored new technologies for vessel performance optimisation and streamlined business practices. However, the greatest concern for every manager in the coronavirus year was finding ways to get the seafarers home, and bringing fresh crews on board 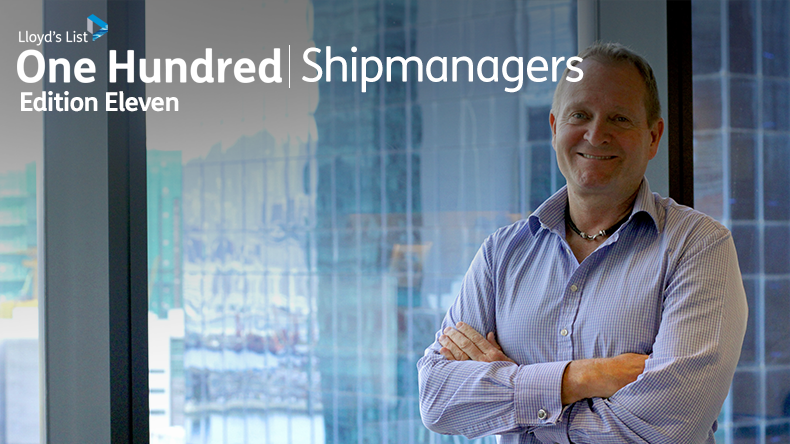 Chief executive Bjørn Højgaard has become the voice of Anglo-Eastern this year, taking this role from chairman Peter Cremers.

His calls for keyworker status for seafarers, partly made from his position as head of the Hong Kong Shipowners’ Association, brought an award from Christian welfare charity the Mission to Seafarers for an outstanding contribution to the issue from a shore-based person.

Mr Højgaard served at sea up to master, then held senior positions at AP Moller-Maersk, Thome and Univan, before joining Anglo-Eastern in 2015.

The company ranks first in full technical management, although it has few crew-only management contracts (yet there are 151 vessels under ad hoc crew management).

Graham Westgarth stepped up to being chairman of V.Group at the end of 2020, replacing John Pattullo. He was succeeded as chief executive by René Kofod-Olsen, formerly chief executive at Topaz Energy & Marine.

The fleet under full technical management has shrunk a little, from 600 in 2019 to 561 in 2020, and there are still about 320 ships under crew-only management. However, V.Group remains the sector leader.

In 2020, Ulla Eithz Nielsen was appointed as managing director for V.Ships Germany, while new partnerships were formed with Costamare in Greece — in a move that will enhance manning services in the Philippines — and Falcon Maritime in Denmark.

Fleet raised the number of ships under full technical management to 556 in 2020, from 515 in 2019, although it continues to decline crew-only management activity.

Anticipated senior executive changes have not taken place — meaning Kishore Rajvanshy continues as managing director — but a restructuring has brought greater focus onto dry and tankers.

Ajay Choudhary, executive director in Singapore, is now global head of dry cargo, while Alastair Fleming, a former very large crude carrier master, has been brought in as head of vetting and performance.

Fleet’s crewing department has worked tirelessly with vessel charterers in 2020 to get seafarers home, with 20% of ships deviating.

In 2020, BSM signed a memorandum of understanding with Cyprus Marine and Maritime Institute to focus on data applications, including 5G networks and cloud technologies, vessel performance optimisation, digital solutions for ports and terminals and bunkering, and risk management.

The company has maintained 400 vessels under full technical management and 200 under crew-only management for the second successive year.

Partnership with Saudi Aramco led to the opening of a new office in Riyadh, Saudi Arabia, to offer full technical and crew management to that company, and act as a springboard for an expansion in the strategically significant Middle East management sector.

The move was followed by agreement with Italian operator Premuda — initially for 28 ships — and the setting up of new joint venture CSM Italy, aiming to gain a foothold with the Genoese maritime community.

Mr O’Neil believes digital technology is one element in the optimisation process, not the full story; he views shipping as fundamentally a people business.

Rapid growth continues at Singapore-based Synergy Marine, from 100 ships under full technical management in 2016 to 350 at the end of 2020.

During 2020, Danish owner Norden appointed Synergy to undertake full technical management of its tankers; in 2019, Synergy had been appointed to manage Norden’s bulk carriers.

A step-change was made when Synergy managed the conversion of a liquefied natural gas carrier into a floating storage unit. Chief executive Rajesh Unni said the project marked Synergy’s transition from asset manager to a technical solutions provider.

The Wilhelmsen Ahrenkiel brand will manage 72 feederships of between 1,000 teu and 3,000 teu.

The current managed fleet of 527 vessels has grown over the past year, from 411 ships in 2019. Vessels under technical management have grown to 254 from 183 ships.

Mr Schou has served 15 years with the Singapore-based third-party manager, 12 of which have been as president and chief executive.

Wilhelmsen Ship Management began life in 1975 as Barber, and in 2020, celebrated 45 years in business.

These include fleet management software BASSnet and communications software from SEDNA, new practices and new appointments.

He has also encouraged diversity in the management team, with a broader global spread, and brought in younger executives.

The company told Lloyd’s List there had been no growth in number of vessels in the managed fleet in 2020, which remains at 250 ships.

Always outspoken, Mr Coles, who is based in Hong Kong, led from the front in the crew change crisis with calls for “military effectiveness, not government incompetence”.

It was an active year in 2020 for OSM Maritime, with 37 vessels joining from Kristian Gerhard Jebsen Skipsrederi, along with a second Norwegian base in Bergen.

A further six vessels joined from offshore specialist GC Rieber, which will also be managed out of Bergen.

OSM is stronger in crew-only management, and much of the focus was on crew repatriation.

The manager confirmed an attempted ransomware attack in May 2020, and joined the Maritime Anti-Corruption Network in August.

Thome’s ambition to expand its presence in Central Europe was secured in 2020 with agreement to take over management of German owner Carsten Rehder’s managed fleet of dry bulk, container and multipurpose vessels.

The company’s innovative employee benefit card, providing special rates and discount packages, was recognised by the Mission to Seafarers as benefiting seafarers’ welfare.

Chief executive Olav Nortun, who joined Thome from a senior position at DNV GL in 2015, used the coronavirus pandemic to explore remote working with class societies on annual Document of Compliance audits for Thome’s shipmanagement, shipping and offshore businesses, and with flag state representatives.

The Top 10 shipmanagers list is based on total fleet under management, derived from data provided by the companies and public sources

Lloyd's List's top 10 for the various shipping sectors will be published daily in the lead up to One Hundred People 2020 — our annual ranking of the industry's most influential players, which will be revealed on Friday December 11