India and Europe have shrunk their backlogs of stranded seafarers, but small island nations such as Madagascar and Samoa have made crew changes hard. Progress is being made but the crisis is nowhere near over

Officers’ union Nautilus International says the plight of seafarers should not be forgotten as the crew change crisis drags on. A survey has shown the toll on Nautilus’ members, with half of the 350 respondents considering leaving the industry 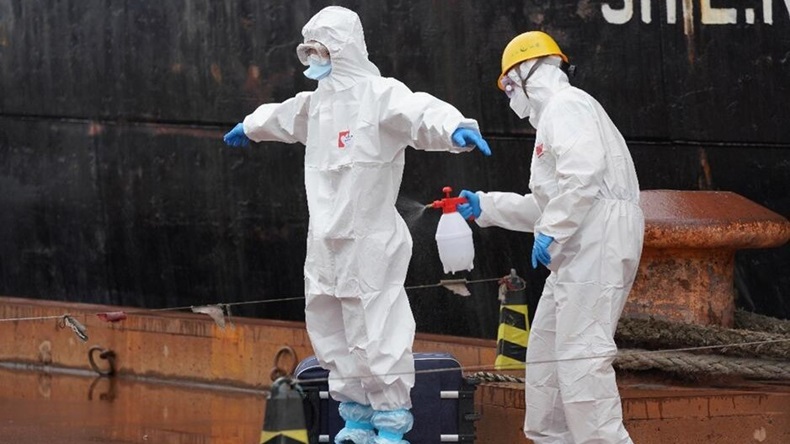 NAUTILUS International has urged governments not to forget the crew change crisis as Christmas approaches, with thousands still stranded on land and at sea.

The officers’ union said a survey of 350 of its members showed the toll of the pandemic on morale, with half of the respondents considering leaving the industry.

The group has launched a petition calling on governments and industry to class seafarers as essential workers, declaring: “Seafarers deliver Christmas. This Christmas, deliver seafarers home.”

Nautilus general secretary Mark Dickinson said despite “exceptional” industry co-operation, “you do detect that all of our nerves are getting frayed … just because of the longevity of the crisis”.

“It does feel as if things are starting to move in the right direction … but there is still a lot to be concerned about,” he said in an interview.

While progress has been made in Europe, India and elsewhere, there were still about 400,000 seafarers unable either to sign on or off ships, although this includes some churn from crew changes taking place.

Mr Dickinson said aftereffects of the crisis were also starting to appear, such as the high number of returned seafarers wanting to take accrued leave, making it hard to find relievers for those still on board.

He said the “shocking” number of crew considering leaving the industry would cause “immense problems” for shipping to attract and keep new talent.

But Mr Dickinson said bodies such as the United Nations and International Labour Organisation were engaging with the problem and recent news about vaccines was cause for optimism.

“The next discussion for us will be how do we make sure the seafarers get tested, get access to those vaccines,” he said.

International Maritime Employers’ Council chief executive Francesco Gargiulo said there had been much progress on crew change, but the crisis was far from over.

Mr Gargiulo said the Philippines’ backlog of about 200,000 crew would take time to resolve, especially since seafarers there did not want to deploy during Christmas.

Beijing is believed to have communicated the ban to all Chinese state-owned and private traders. A lack of clarity has led to confusion regarding the fate of the cargoes that have already reached Chinese ports and are awaiting discharge

Imec’s Manila crew change centre was up and running, with 250 seafarers placed and another 500 booked to quarantine in employer-funded hotels. But progress with governments was slow, driving employers to find their own remedies at great cost.

“We have given up on waiting for governments. We are trying to do our thing,” he said.

Mr Gargiulo said small island nations such as Madagascar, Samoa and Kiribati were a recent trouble spot, since they lacked the infrastructure to process seafarers and so had closed their borders to returning citizens.

“They cannot take any risks with the virus and I understand that,” he said. “But at the same time … we have got 20 stuck in Los Angeles, another 15 stuck in Valencia, another 110 on a fleet. They are all 15, 16, 18 months (at sea) and no chances of getting home for Christmas.”

Mr Gargiulo said hundreds of seafarers were also stranded on ships that China has barred from offloading Australian coal amid a political spat between the two countries.

“They are being held hostage, basically. These guys are stuck in limbo,” he said.

Seafarers grow tired of being undervalued