Earnings are failing to find support and remain below operating expenses, even as cargoes head east of Suez, adding to tonne-mile demand 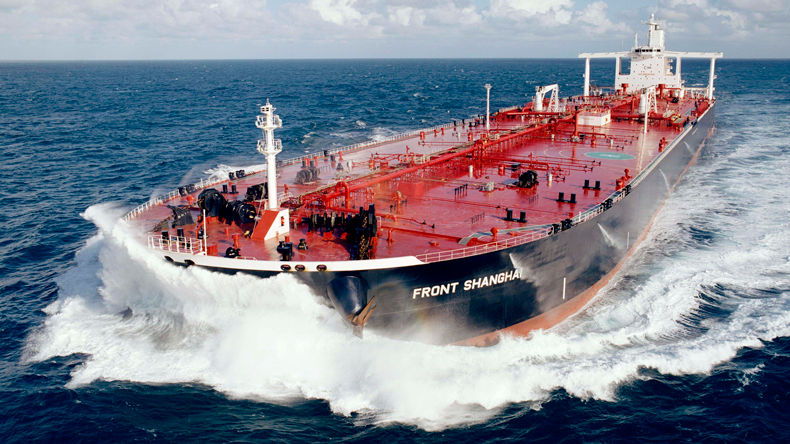 Suezmaxes ship about 36% of crude by volume from Libya, data show.

LIBYAN crude exports are offering support for suezmax tankers and may signal that oil demand is firmer than the market expects, tanker owner Frontline has told investors.

Frontline Management’s interim chief executive Lars Barstad said production in Libya had rapidly grown from almost nothing to reach 1.2m barrels per day over that period. Frontline, the owner of 68 tankers, has 26 suezmax vessels in its fleet.

The addition of these crude volumes to the global market at a time when Brent prices had surged to the highest since March suggested that the market could return to balance quicker than expected, he said

Demand for tankers has been curbed by production caps implemented since April by the 13-member Organisation of the Petroleum Exporting Countries and its allies to arrest declining prices after the coronavirus pandemic decimated demand.

Some 4m bpd in exports was removed from the Middle East Gulf alone from seaborne trade over April and May, as Opec production reached a 29-year low. Global seaborne exports normally totalled 50m bpd.

Libya is exempt from Opec cuts.

Crude exports from Libya in October were tracked at 550,000 bpd, according to Lloyd’s List Intelligence data, less than half of the 1.2 million bpd that Libya’s National Oil Co said was produced in the prior month.

Preliminary figures for November track exports at a higher 740,000 bpd.

These figures compare with 1.18m bpd and 1.13m bpd for the corresponding months last year.

“The demand for tankers is still capped by the Opec cap that we find it extremely encouraging to see oil prices performed strongly as the volumes offered increased significantly, particularly by the Libyan exports that resumed in October,” Mr Barstad told the investor call. “This seen in isolation suggests oil demand might actually be firmer than the market in general expects.”

He cited the forward curve for Brent crude, which shows that front-month prices are now at a similar level to further-out contracts, as news of successful vaccine trials boosted sentiment.

This dramatic change over the past weeks in the futures structure from the longstanding market contango — when the front price is lower than the forward price — was a positive for current demand, he said.

“This signals inventory draws are to accelerate and oil markets potentially finding a balance at an earlier stage.

“It's obviously a bit early to call... but if we are drawing in the territory of three to four million barrels per day from inventories now, that's the volume needed from producers once inventory levels are normalised, which in turn can be translated into increased tanker demand.”

That tanker type ships about 36% of crude by volume from Libya, data show.

Earnings for the 1m barrel tankers had dropped to 11-year lows over September on Black Sea-Mediterranean routes as European refineries in Italy, Spain and France — the main buyers of Libyan crude — curbed crude purchases and cut throughput as reimposed lockdowns killed demand for gasoline, diesel and jet fuel.

“Libya has been really exciting and quite surprising,” said Mr Barstad. “This has, indeed, made it far more interesting to be a suezmax charterer than it has been for the last couple of months. So, we do see that a lot more progress appearing in the market, and we also see opportunities arising largely because these barrels are or have been for a while actually going east, and that is a perfect fit for the suezmax size of vessel.”

Some 20 of the 67 crude tankers loading off Libya from September-through-November 20 headed to destinations east of the Suez Canal, according to Lloyd’s List Intelligence vessel-tracking data. That compares with 48 of the 155 tankers that sailed from Libyan ports for the corresponding period in 2019, data show.

Despite the optimism, suezmax rates have failed to show any meaningful Libyan-related gains, and equivalent earnings have remained at levels below operating costs since August.

The average time charter equivalent rate for the global fleet of 603 trading suezmaxes was assessed at $3,400 daily by the London-based Baltic Exchange. Rates were as low as minus $1,069 daily in late October, steadily rising over November.