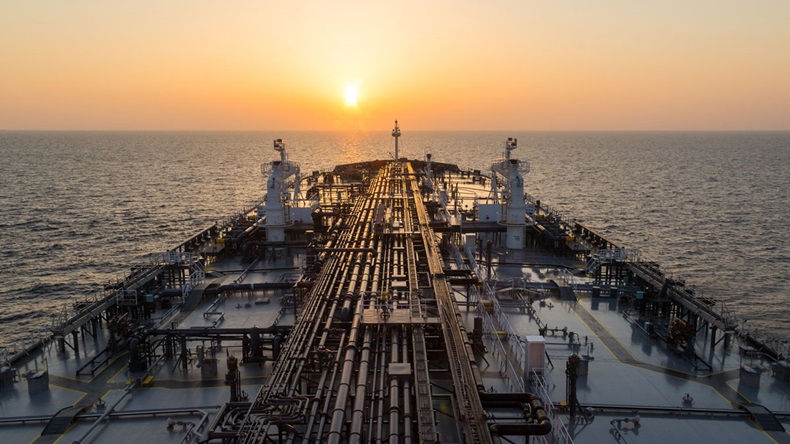 Source: Anatoly Menzhiliy / Shutterstock.com There has been a decline in earnings on the spot market as tankers deployed for floating storage of excess crude and products ended charters, adding to a vessel surplus and depressing rates.

SPOT rates for tankers are in “cash burn mode” and demand for seaborne oil and refined products will not return to pre-pandemic levels over the next 12 months say shipowners as they report third-quarter results this week.

Among the four tanker owners reporting was Moscow-listed Sovcomflot, announcing first results since listing in Moscow two months ago.

The owner of 124 trading tankers — including 30 liquefied natural gas carriers — reported a $23.1m profit this quarter and estimated that oil trade will rise by 5% in 2021, less than the demand contraction seen over 2020.

That is very similar to the estimate given by New York-listed Diamond S Shipping, which forecasts seaborne crude trade to rise by 5.4% in 2021, after falling 6% this year.

Diamond S, which also owns both crude and product tankers, estimated that volumes of oil products shipped by sea would fall by 7.2% this year, and rise by 6.1% in 2021.

The shipowner reported a net loss of $9.7m on revenue of $112.5m. That reflected the decline in earnings on the spot market as tankers deployed for floating storage of excess crude and products ended charters, adding to a vessel surplus and depressing rates.

Time charter equivalent rates earned on the spot market for Diamond S crude tankers averaged $20,224 daily in the July-through-September period, all below the company’s cash breakeven of $21,000.

Earnings for the product tanker fleet for medium range and handysize ships have all been below the cash breakeven rate of $13,500 since July, according to the investor presentation.

“You need to have a clear view of what the future looks like on the spot market and right now the reality is that it’s in ‘cash burn’ mode,” said Diamond S chief executive Craig Stevenson

Nordic American Tankers, with a fleet of 23 suezmax tankers on the water, reported a loss of $10m, as vessels were removed from the market for drydockings, reducing revenue as fleet utilisation fell to 71%.

The company reported average time charter equivalent earnings of $25,000 daily for each vessel.

“Our long-term positive view on the tanker market remains the same, but the global pandemic has, in our point of view, delayed it by months and not years,” said chief executive Herbjorn Hansson.

Despite the optimism, it was unclear why utilisation was so low.

One analyst questioned whether this was due to planned docking, unplanned technical offhire or commercial offhire.

The company did not say how many vessels were drydocked or why.

Nasdaq-listed Performance Shipping, which repurposed from owning containerships and moved to the aframax sector mid-year, reported average earnings of $15,990 for its fleet of four tankers over the third quarter.

The company previously indicated in an October presentation that its daily cash breakeven rate for the four vessels is nearly $19,000 daily.

As with Sovcomflot and Diamond S, Peformance Shipping management highlighted that the orderbook to fleet ratio in the tanker sector was the lowest since 1996.

“We believe the low orderbook in conjunction with the gradual resurfacing of oil demand following a return to normality post-coronavirus will result in higher tanker charter rates in the future,” the company said, without providing any further guidance.