Dry bulk owners want to see China and Australia settle political differences that are getting in the way of timber and coal trades. If the row cannot be settled with diplomacy, turn to the WTO

To paraphrase Churchill, the World Trade Organization is the worst possible form of regulating global trade, except for such other forms that have been tried from time to time 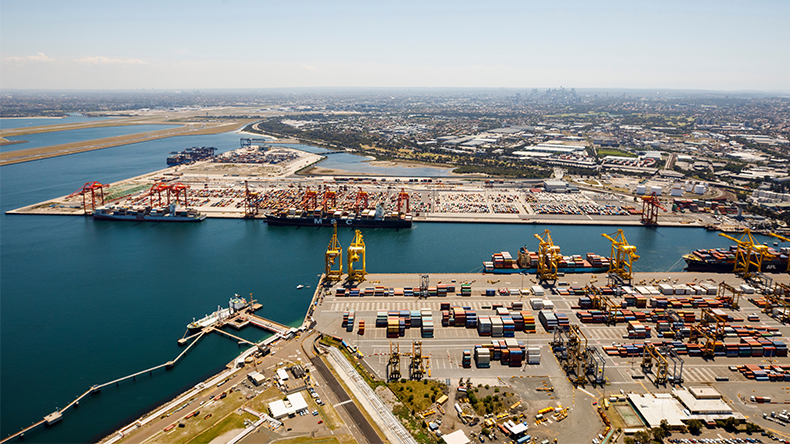 Source: NSW Ports/James Horan On paper, trade between Australia and China should be all but devoid of friction. But that’s not how things are working out.

THWARTED in strenuous efforts to attain a Canada-style trade deal with the European Union — rather than the no-deal Brexit that now looks worryingly possible — the UK’s Boris Johnson recently said that an Australia-style deal would do just as well.

As an Australia-style deal effectively amounts to ‘no deal’, the prime minister’s statement immediately attracted widespread derision, not least because the EU doesn’t have a trade deal with Australia, although talks are ongoing.

If the formulation means anything at all, it is as a euphemism for trading on World Trade Organization terms.

By contrast, Australia does have a trade deal with China, an economy in somewhat closer proximity than the EU, and on the yardstick of purchasing power parity, just as large.

ChAFTA — as acronym-obsessed bureaucrats have inevitably dubbed the China-Australia Free Trade Agreement — has been in place since 2015 and provides that 95% of Australian exports to the Asian country are to be tariff-free.

On paper, trade between the two partners should be devoid of friction. But that’s not how things are working out in the real world.

As Lloyd’s List reported this week, Beijing has suspended imports of timber from two Australian states, ostensibly to prevent the risk of plant disease.

Oddly enough, consignments of coal — not a commodity subject to plant disease, last time we checked — have also been held up at customs.

Impositions of non-tariff barriers are often more about politics than economics, and that certainly seems to be the case here.

As a strident recent editorial in the state-run China Daily makes plain, China is angry as hell at Canberra criticisms of its human rights record.

Canberra is not morally wrong to speak up; what is happening in Hong Kong and Xinjiang deserves to get it with both barrels.

Some major Australian exporters are now urging the government of Scott Morrison to escalate the matter through a formal complaint to the WTO.

The Geneva-based United Nations agency comes in for a lot of stick. The left habitually portrays it as an insidious mechanism for grinding the faces of the global poor in the interests of evil multinational corporations.

It is equally execrated by more zealous adherents of the free market right, for whom the very notion of tariffs is anathema in the first place.

Even for those in neither camp, the WTO is indisputably one of the most bureaucratic entities on the entire planet, making the EU appear the exemplification of direct democracy. Disputes tabled as long ago as 1995 have yet to be resolved.

But to paraphrase Winston Churchill, the WTO is the worst possible form of regulating global trade, except for all the other forms that have been tried from time to time.

From a shipping perspective, the most helpful way forward would be for Australia and China to settle their differences in expeditious fashion, so the bulk carriers can keep on carrying bulk.

If not, let the two sets of negotiators set aside the necessary Zoom screen time. To paraphrase Churchill again, trade jaw-jaw is always better than trade war-war.

Meanwhile, Downing Street is witnessing a certain amount of Cummings and goings. This was marked by the departure this week of director of communications Lee Cain and the exit of Boris Johnson’s chief adviser Dominic Cummings with immediate effect.

Hopefully this will facilitate a speedy and mutual beneficial conclusion to Brexit talks.