The seafarer is obviously the most important person in the industry, this and every other year, but the essential work of ships' crews is largely overlooked

Seeing 400,000 people left far from home on ships around the world as a result of the Covid-19 pandemic has highlighted the extent of adversity faced by those who work at sea, but also drawn attention to the vital role they play in keeping global supply lines functioning during such difficult times 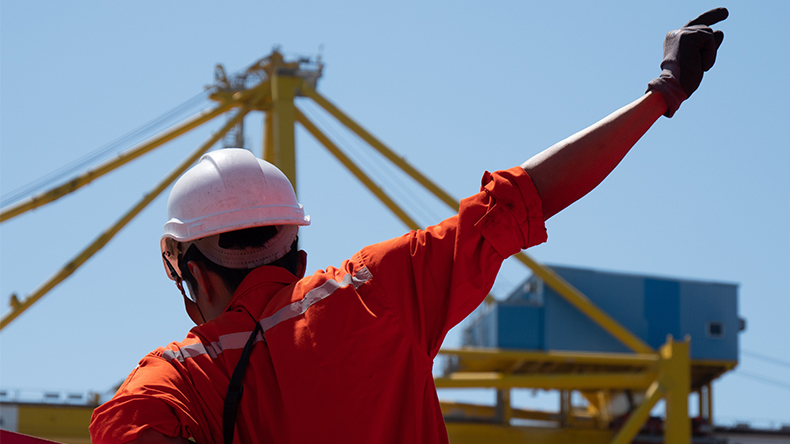 Source: Alexander Schedrov/Shutterstock.com The seafarer: number one in 2020.

SOMETHING must be done, the industry cried as one. Yet very little was – at least at the level of meaningful action.

A full nine months after the emergence of lockdown as a widespread response to the coronavirus pandemic, an estimated 400,000 seafarers remained stranded on board ships scattered throughout the world.

This was due to local quarantine rules, visa restrictions, a lack of flights, or numerous other obstacles that prevented them from disembarking and heading home.

Yet these are the key workers who have kept global supply chains functioning to ensure medical supplies were delivered, supermarket shelves remained stocked, and other essentials reached consumers amid one of the most difficult years the global economy as ever encountered.

Ships' crews also went to the rescue of huge numbers of migrants who found themselves in difficulties as they tried to reach European shores, at times getting caught up in political stand-offs as governments squabbled about where the refugees should be taken.

Covid-19 is, indeed, a cruel enemy. For the luckier ones, the worst impact will have been the need to work from home.

Imagine, then, what it must be like when ‘home’ is not a well-appointed house or apartment, but a small cabin on a merchant vessel, without even the reduced access to entertainments and diversions sporadically available to the rest of us in between lockdowns.

In many cases, tours of duty have now extended well beyond a year, which brings owners into a legal grey area. Contrary to popular misapprehension, the Maritime Labour Convention does not actually specify an explicit cap on the maximum length of a tour.

What it does set down are explicit provisions on annual paid leave, shore leave and a right to repatriation at the expiration of a contract. In many cases, these provisions will have been breached, ultimately leaving open the possibility of legal challenge.

Yet whatever the ambiguities in terms of law, in terms of morality, the matter is clear cut. Put briefly, this is not what the seafarers signed up for. Continued isolation and removal from family and society must be taking a deleterious toll on mental wellbeing.

There has even been serious speculation that the ‘coronavirus blues’ will have a measurable impact on casualty statistics one the data are compiled.

The rub is that the solution to the problem lies largely outside the hands of shipping. While the will to get seafarers home has largely been there – even at substantial excess cost – government-imposed restrictions on movement and a lack of flights have been getting in the way.

At one stage, politicians promised to intervene. In July, the UK government organised what was billed as a ‘virtual summit’ on the situation. The two-hour event culminated in 13 countries signing a pledge to cut through the red tape.

However, the language of the declaration was couched in terms of ‘deeply concerned’, ‘requires concerted action’, ‘encourage’, ‘consider’, ‘engage in discussions’, ‘review’, ‘possibility of allowing exemptions’, ‘explore’, ‘urge’.

It did not contain a single commitment to a single concrete measure. Unsurprisingly, mere moral exhortation has failed to have the desired impact.

Meanwhile, four major shipping organisations have penned an open letter to the world’s richest man, Amazon chief executive Jeff Bezos, arguing that his standing as perhaps the ultimate beneficiary of the supply chain obliges him to speak out.

Amazon, of course, has been widely criticised for the labour practices in its own distribution warehouses; at the time of writing, Mr Bezos had yet to respond.

Fortunately, other less important individuals – such as Pope Frances and Her Royal Highness the Princess Royal – have gone public with expressions of support for the victims of this crisis.

It might seem tokenistic for a publication such as Lloyd’s List to hail the seafarer as the most important person in the industry in 2020. After all, the contention that ‘people are our most important asset’ is one of the dullest staple clichés of senior management-speak.

And is it not a truism that the seafarer is the most important person in the industry, whatever the year in question? Well, yes ... but this is not a message that is universally understood.

While employment rights are generally much improved on the scandalous standards that commonly obtained a decade or two ago, episodes of alleged underpayment and crew abandonment are still too frequent to permit complacency.

The same can be said of safety standards. The secular improvement in the trend is beyond dispute. However, as incidents such as Sanchi and Maersk Honam remind us, casualties with substantial loss of life still happen.

Meanwhile, new risks to life and limb have emerged, most prominently the threat from modern piracy. Armed attacks are in abeyance in the Indian Ocean, but are rapidly becoming entrenched on the other side of Africa, particularly in the Gulf of Guinea region.

Yet many young people – especially from major labour supply countries including the Philippines, China, Indonesia, Russia and Ukraine – are attracted to the profession each year, as both cadets and trainee ratings.

While the opportunity to see the world enjoyed by generations past has been obliterated by the acceleration in transit times, the chances for early responsibility and for pay packets that are generous by domestic standards continue to hold allure.

However, it does look as if the industry is standing on the cusp of major change. Thanks to the emergence of autonomous and unmanned shipping, the future of seafaring as a career is uncertain as never before.

The scale of employment at sea in the decades to come will be determined by technological advance as much as anything else.

It is not beyond conjecture that, even within the lifetime of some young professionals reading this article, life at sea as it has been known for thousands of years will be completely or largely a thing of the past, rendered obsolete by the forward march of artificial intelligence.

In the meantime, the message to human officers and ratings, both serving and retired, is a simple, heartfelt thank you.