For the shipping industry, the question remains as to how to deal with stowaways in an efficient and humane way, particularly in the context of the pandemic

The Nave Andromeda’s master did the right thing to send out a mayday call to deal with threats from the seven stowaways that imperilled the product tanker’s safe navigation. Whether the men were exercising ‘control’ of the ship by the use or threat of force, and what this constitutes, will be central to any prosecution 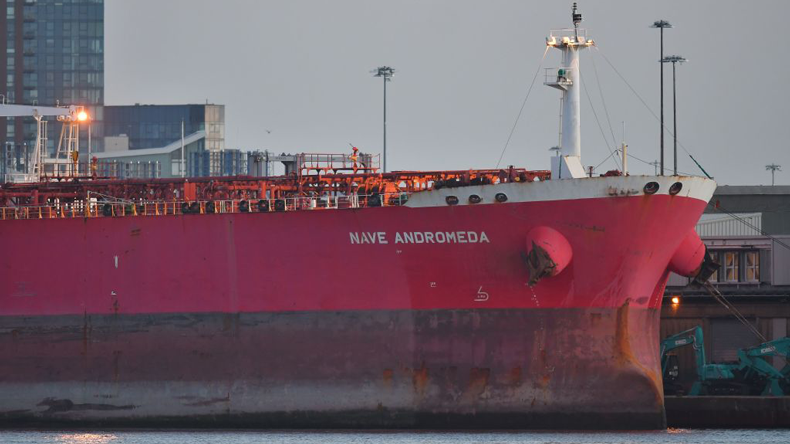 Source: Ben Stansall/AFP via Getty Images What happened on board Nave Andromeda remains subject to an ongoing police inquiry.

THE dramatic intervention by elements of the UK’s Special Boat Service onto Nave Andromeda outside the port of Southampton offered a diversion from stories about Covid-19 and highlighted again the vulnerability of crews on the high seas.

However, it is also a human story and we don’t know what the seven Nigerians were running from (or to) and why they risked stowing away on an ocean-going tanker.

Given the significant civil unrest in Lagos in recent weeks, the apparent calm of a European country may have appeared a better option.

However, when the actions of the stowaways threaten the crew and the safe navigation of a vessel then there are robust laws in place to deal with that.

What happened on board remains subject to an ongoing police inquiry led by the local police, whose jurisdiction extends into UK territorial waters.

It is the police who would have called for military assistance to deal with the situation on board. Matters were no doubt escalated because of the threat being outlined by the master, whose cry for help is now in the public domain.

He needed urgent help to deal with seven stowaways who, it seems, had become threatening and could not be managed.

Once the military intervention was over, the men were handed to the police and arrested under the Aviation and Maritime Security Act 1990 (“AMSA 1990”).

This is the legislation in the UK that brings into force the Convention For The Suppression of Unlawful of Violence Against the Safety of Maritime Navigation Acts at Sea Convention 1988, otherwise known as the SUA Convention.

This had its origins after the incident involving the cruise ship the Achille Lauro in 1985, when the vessel was seized by terrorists who were on board as passengers.

After that was resolved, it was realised that an attack from those within a vessel did not fit into the classic definition of piracy, which requires an attack at sea from another vessel.

A new international law was required and the SUA Convention came into force.

The SUA Convention has been signed by most, if not all maritime countries, including the UK and France. Under its provisions it gives the master of a vessel the right to detain anyone on board who is being violent and then to ask a signatory state to take that person into its charge.

That “Power of Delivery” is provided for at Section 15 of AMSA. That, of course, assumes that the master is able to take control of those causing the violence.

In the case of the Nave Andromeda the master did the right thing when, on approaching Southampton, he sent out a mayday.

The crew took refuge in the citadel, which was a precautionary move that, if nothing else, kept them out of any harm’s way.

It helped that the Special Boat Service unit tasked to respond was, in terms of flying time, only minutes away. An operation that will have been practised many times in those very waters, will have been quickly planned and smoothly executed in the best traditions of the SBS.

In terms of the criminal investigation the arrest under S.9 (1) of AMSA means the police's initial focus is on the very serious offence of “hijacking”.

To be guilty, the prosecution will need to establish that the offence happened in the UK and that the men had seized or were exercising “control” of the ship by the use or threat of force.

The media reports suggest that the men were on deck and the master was in the bridge. It seems he was able to respond to the instructions of the harbour master and so what constitutes “control” will no doubt be central to any prosecution.

Section 11 of AMSA is a more general provision and is aimed at those offences where someone intentionally damages a ship or commits an act of violence that is likely to endanger the ship.

Section 13 extends that to threats which compel the master or crew to do or not do something which then interferes with the safe navigation of the vessel.

All offences have a maximum sentence of life in prison.

We shall see how the authorities react and whether these men are prosecuted or returned quickly to Lagos.

For the shipping industry, there is the wider and perennial question as to how to deal with stowaways in an efficient and humane way particularly in the context of the pandemic.

Stephen Askins is a partner at maritime solicitors Tatham & Co