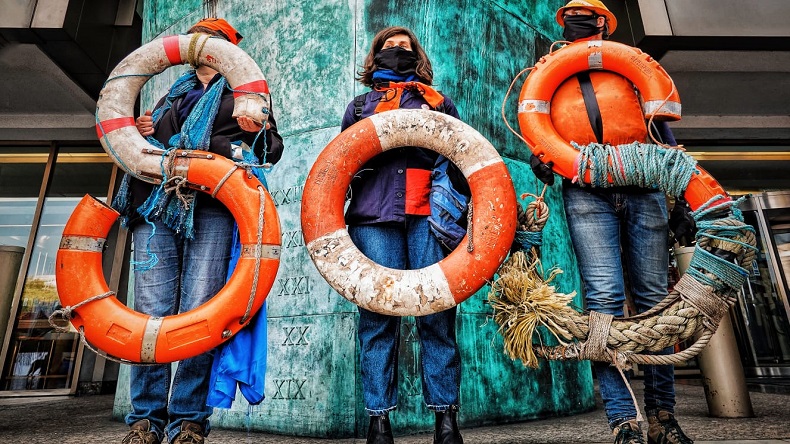 ONE of the world's largest flag states has criticised an industry-backed proposal for a global short term-measure to cut emissions.

It has the backing of the International Chamber of Shipping as well as Japan, China, Denmark, Norway and other shipping nations.

But the Marshall Islands is rejecting the plan, which is being debated this week at the International Maritime Organization.

Albon Ishoda, the Marshall Islands' ambassador to Fiji, who is leading a delegation to the IMO, said the “compromise short-term measure proposal is neither consistent with a 1.5°C temperature pathway nor consistent with the levels of ambition” previously outlined by the IMO in its greenhouse gas strategy.

Lloyd’s List understands that the proposal is being used as a base text during IMO talks tasked with carrying out much of the technical work of the proposal, which still has several outstanding issues around implementation.

The aim is to agree on a finalised text that regulators can further deliberate and officially approve at the Marine Environment Protection Committee, the IMO’s ultimate environmental decision-maker, which meets next month.

Mr Ishoda said that if the IMO is serious about keeping its commitments, the stringency of the measure and the enforcement of the proposal must be strengthened.

“This measure will not alone solve our long-term climate problems, but ambitious climate action this decade is key to set the IMO on the right path,” he said in an interview.

The Marshall Islands flag accounted for 162.7m gross tonnes as of November 2019, giving it a unique commercial interest in regulatory negotiations. The region is also one of the most at risk from rising sea levels and has been among the most vocal proponents of the implementation for the Paris Agreement.

Mr Ishoda’s criticism echoes that of environmental groups who warned the proposed measure is insufficient to meaningfully cut down emissions and falls short of the IMO's initial greenhouse gas strategy target.

Green groups had proposed earlier this year had suggested that IMO force ships to improve their carbon intensity by at least 80% by 2030 compared to 2008, making it the most aggressive short-term measure proposal on the table.

The combined proposal that is currently being discussed did not incorporate this more ambitious one from groups Clean Shipping Coalition and Pacific Environment.

Another key concern for those opposed to the proposal has been its enforcement and its expected effectiveness. The co-sponsors acknowledged they could not agree on a number of points and laid out alternatives that governments at the IMO could then choose from.

One of those options would force ships failing to attain a certain carbon intensity rating to lose their statement of compliance, thus making them ineligible to operate and likely head for scrap.

But that would happen only from 2029 or 2030 onwards, a date that green groups claim is way too late to help cut emissions and meet the IMO initial strategy’s goals.

A protest organised by Ocean Rebellion, an affiliate group of Extinction Rebellion, targeted the IMO headquarters in London this week to push regulators to take more stringent measures.

“We demand governments and the IMO adopt real and enforced CO2 regulation that turns shipping emissions downwards immediately, acting now to address the climate emergency and respect slender remaining Paris compliant carbon budgets in a credible and science based manner,” Ocean Rebellion said in a statement.