From the News Desk: Trust issues for shipping’s digitalisation drive

The pandemic has exposed uneven adoption, security concerns and other obstacles on shipping's road to digitalisation

Shipping is well aware of the benefits of digitalisation, from the improved safety of crew and vessels to emissions reductions and cutting costs; but while there is agreement that widespread adoption will eventually come, there are clear differences within the industry on the pace and scope of this change 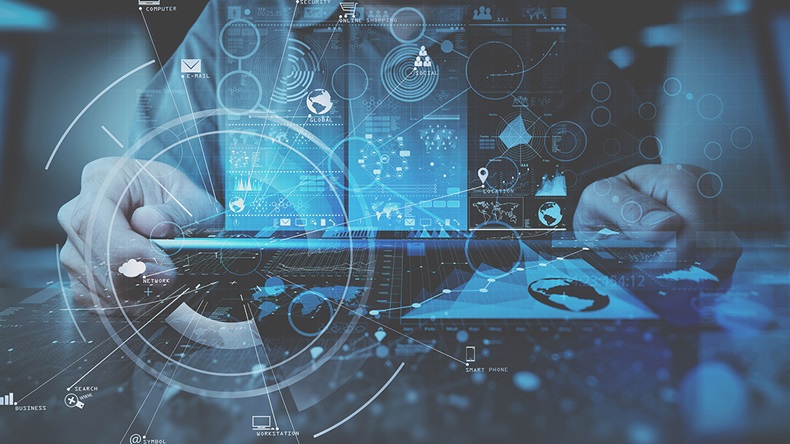 While there are clear opportunities from digitalisation, they are not being embraced evenly.

AS with decarbonisation, the International Maritime Organization is keen to ensure that shipping moves forward together on the roll-out of digitalisation and ‘leaves no company behind’.

But a recent online industry event heard that the health crisis has exposed a distinct divide between those that want to power on and others that are struggling to leave traditional methods of operation behind.

“The pandemic has revealed huge differences between ports worldwide,” said Heikke Deggim, director of the Maritime Safety Division at the IMO, during a webinar at the IMO-Singapore Future of Shipping event.

He said while there are clear opportunities from digitalisation, they are not being embraced equally.

Patrick Verhoeven, head of policy and strategy at the International Association of Ports and Harbors, claimed the real problem with widespread digitalisation across the industry “is getting people to trust each other.”

That view was echoed by David Foo, senior director of operations technology at MPA Singapore, who said to move digitalisation further, the industry needed “a real willingness to share data”.

For that to happen, it requires a change of attitude from executives concerned that by giving away data they will lose a competitive advantage, but also genuine worries about the security of sensitive information.

The recent cyber attacks on CMA CGM and the IMO itself has understandably heightened the anxiety around the safety of placing large amounts of commercial data on a common online platform. The world’s fourth biggest container company only this week fully restored its full suite of digital services, some 14 days after the malware infiltration.

There are many questions marks about shipping’s preparedness to repel future attacks as well, as outlined in an article for Lloyd’s List by Daniel Ng of maritime security provider CyberOwl.

In addition to this, there are potential antitrust issues associated with companies within the same industry cooperating and collaborating on the sharing of data and information.

August Braakman, a European maritime law specialist, recently raised this point in an article reflecting on major container lines — Mediterranean Shipping Co, Maersk, Hapag-Lloyd, CMA CGM and ONE — entering into a co-operative working arrangement on the implementation of the Digital Container Shipping Association Agreement and the TradeLens Agreement.

He said there are serious questions to be asked about whether these agreements will affect competition and choice within the market, but also about whether US and European Union authorities are capable of providing guidance and accurately assessing the potential antitrust issues associated with advanced digital solutions in the shipping sector.

With this uneven pace of digitalisation adoption across the industry, a regulatory framework that may not yet be fit for purpose in terms of the legal ramifications of such changes, and a deficit of trust on matters such as cyber security in certain areas, it perhaps requires a formalised timescale to get things moving.

That is certainly the opinion held by Singapore’s bunker industry, which says a consensus needs to be formed if the process of digitalisation is to move ahead at the pace and scale required.

During a panel at the 21st Singapore International Bunkering Conference and Exhibition last week, Daknash Ganasen, senior director for operations and marine services at Maritime and Port Authority of Singapore, pointed to the launch of the Sea Transport Industry Digital Plan last year as being the main digitalisation framework the sector will be built around and will push it forward.

The plan is essentially a roadmap that charts out digital solutions that different players can adopt.

“We see digitalisation as being key to solving the problems in bunkering, including commercial and credit-related difficulties,” said Claritecs chief executive Wong Hong Lee.

However, there needs to be an official push to speed up efforts to digitalise, he said, and among the ways this can be achieved is with greater support from government bodies in the form of grants and other incentives.

New guidelines need to be established for new start-ups to get financial support more easily so that new innovations can come to market faster, Mr Wong added.

In line with this he suggested mandating the use of electronic bunker delivery notes, in the same way that the use of mass flow meters has been mandated in Singapore and has helped to set the port apart as the world’s top bunkering centre.

But Capt Daknash stressed that new technology needs to be tried and tested before it should be considered for industry-wide implementation.

“Things need to be taken step by step,” he said. “The immediate step is to encourage more companies to adopt digital solutions. We will monitor the take-up rate to take into account practical implementation on the ground before considering the mandatory application of selected solutions.”

Charting the right course to 2050 key to thrive or survive

Digitalisation: Do the numbers stack up?