‘While the VDR data makes it easier to say what went on, whatever anybody says, it remains critical to get people on board who understand ships and navigation. Otherwise the crew will try to pull a fast one,’ James Turner claims 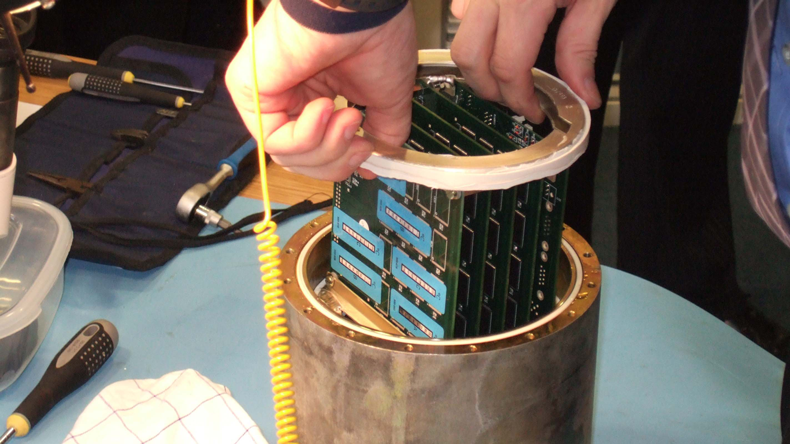 A HIGH-PROFILE casualty case in the UK High Court this week gave an insight into how the scope for knowing or unknowing inaccuracies is being eliminated by better technology.

The old days of the ‘he said, she said’ arguments to be sorted out by a creaking judicial system are a thing of the past, according to many in the legal profession.

Quadrant Chambers’ James Turner was involved in this week’s case in connection with a five-vessel collision which closed the Suez Canal in 2018.

The judge, Mr Justice Teare, was particularly critical of some of the accounts provided by officers on some of the ships involved in the shunt, sometimes directly accusing them of dishonesty.

Bulk carrier Panamax Alexander was at causative fault for five-vessel casualty that closed the Suez Canal for several hours in July 2018, according to decision from Mr Justice Teare, in what will be his last-ever judgment in the High Court

According to the publicly available transcript of the judgment, Teare J said of the master of bulker Sakizaya Kalon: “When presented with conflicts between his written statements and what in fact happened he was… prepared to say whatever he could to explain the discrepancy, regardless of whether it was the truth.”

There is a strong suggestion that the master was prepared to put in his report to owners what the pilot told him to say, the judge said.

Accordingly, he was unable to accept the master’s evidence.

The judge also said of the master of Panamax Alexander, the ship found to be wholly responsible for the casualty: “I gained the impression that he was doing his best to defend his navigation of his vessel rather than to answer the questions put to him with candour and honesty.”

Indeed, there was justification for the suggestion that evidence had been made up and was untruthful or even a fabrication, he averred.

Mr Turner, who has more than three decades of experience in collision cases, acted in the matter for the owners of bulk carrier Osios David.

While that vessel was found to be at fault, in that it had failed to inform Sakizaya Kalon and Panamax Alexander of its intention to moor, it was deemed that the fault was not causative.

Mr Turner said that in his early career, attempts to tamper with evidence were regular occurrences.

“The game used to be that people would alter their logs and alter their working charts. There was a lot of forensic effort put into unpicking all that,” he said in an interview.

The bigger issue now is attempts by officers to reinvent what their thought process was at the time, with witnesses liable to shape their story in a way they think is going to be helpful to their owners.

The key to tackling the problem is the use of solicitors who are themselves former mariners to undertake marine casualty investigation.

“While the VDR data makes it easier to say what went on, whatever anybody says, it remains critical to get people on board who understand ships and navigation. Otherwise the crew will try to pull a fast one.”

In terms of law relating to collisions at sea, the Panamax Alexander decision will not lead to major change, but instead will reinforce precedents, Mr Turner went on.

These include the principle that mariners on ‘the horns of a dilemma’ caused by the negligence of others are not to blame, and the demise of the so-called ‘last opportunity rule’ that the person who had the last opportunity to avoid an accident is liable for it.

The case has also shown the potential for cases to be heard remotely, with one witness in Greece, a second alongside in Chile, and a third giving evidence from a ship in the middle of the South Atlantic. First occasion evidence given to Admiralty Court from high seas.

“The technology is now such that one can have a fully remote hearing without risk to the process,” Mr Turner noted.