Two other vessels involved in 2018 casualty deemed not to blame

Bulk carrier Panamax Alexander was at causative fault for five-vessel casualty that closed the Suez Canal for several hours in July 2018, according to decision from Mr Justice Teare, in what will be his last-ever judgment in the High Court 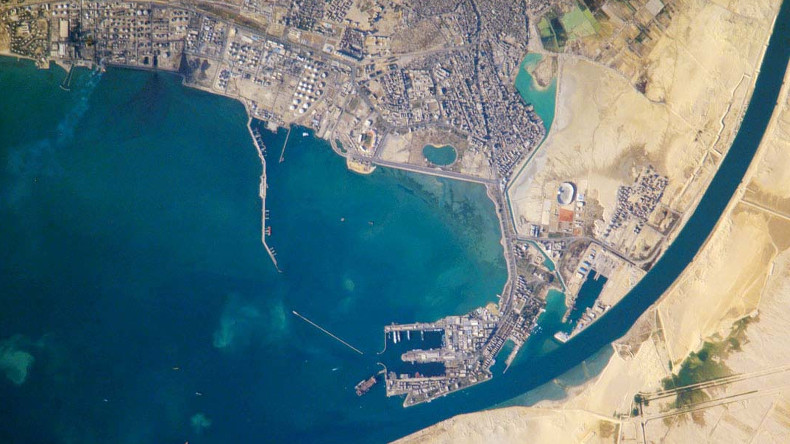 The Suez Canal was closed in July 2018 because of the incident.

A UK court has ruled that a Greek-owned bulker was responsible for a five-ship casualty that closed the Suez Canal.

The incident happened in July 2018 when a containership suffered engine failure and stopped while part of a southbound convoy.

When the 5,086 teu boxship Aeneas lost propulsion, convoy participants Panamax Alexander, Sakizaya Kalon and Osios David hit one another, forcing the closure of the key waterway for several hours.

Tugs were sent to move the ships, and during the operation, northbound convoy containership NYK Orpheus hit Panamax Alexander.

Three legal actions were brought as a result.

A UK High Court hearing on October 5 ruled that Panamax Alexander’s failure to moor promptly was to blame for the shunt.

“I have no doubt that the first collision... not merely provided the opportunity for the later collisions but constituted the cause of them,” said Mr Justice Teare.

“I therefore request counsel to prepare draft orders in the three actions giving effect to my decision that [Panama Alexander] is wholly responsible for all of the collisions.”

There was no causative fault on the part of either Sakizaya Kalon or Osios David, he found.

The ruling offers further confirmation of the increasing inapplicability of the once prominent but now disfavoured ‘last opportunity rule’ — that the person who had the last opportunity to avoid an accident is liable for it.

It also underlines that mariners are not to blame when placed in dilemma created by another’s negligence, following the authorities of Bywell Castle and Regina D.

The owners of Panamax Alexander, which was reportedly entered with P&I club Britannia at the time of the casualty, endeavoured to show that their ship was not to blame, contending that Osios David and Sakizaya Kalon had not kept it informed of their intentions.

Other disculpatory factors involved include a two-three knot following current, and an area of the canal in which anchoring is not permitted due to the presence of submarine cables.

However, the court decided Panamax Alexander had failed to keep enough space between it and Sakizaya Kalon.

Moreover, Sakizaya Kalon and Osios David had both managed to moor, and there was no obvious reason why Panamax Alexander could not have done so.

The court found Osios David was at fault for failing to inform Sakizaya Kalon of where it planned to moor. However, that failure was not causative, because Panamax Alexander could not show it would have navigated any differently if it had known Osios David’s intentions sooner.

Although some of Sakizaya Kalon’s attempts to moor were described as open to question, that ship was held free from blame.

The decision is also of note as it will the last made by Justice Teare, who is retiring after more than a decade as an Admiralty judge.

All the barristers involved in the action are members of Quadrant Chambers.

From the News Desk: Wakashio disaster raises questions over compensation and crewing