The Maersk Etienne impasse exposed serious gaps in international law, with no clear instruction about what happens next after anyone in difficulty at sea is rescued. Politicians must find a solution quickly or lives will be lost and seafarers could essentially become political hostages 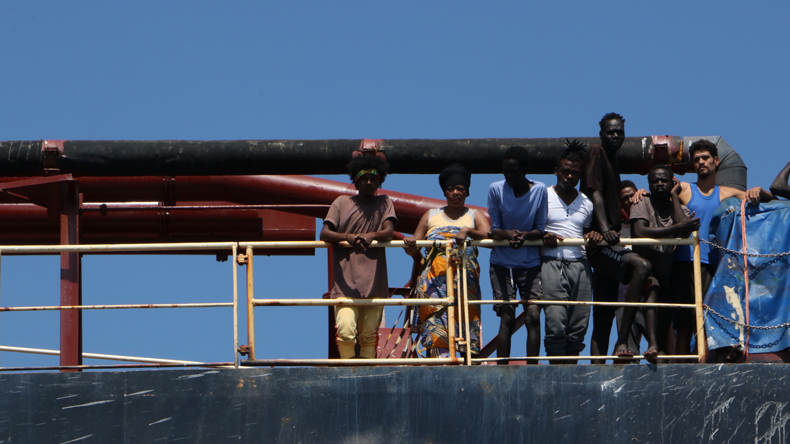 Less responsible shipowners may just ignore calls for help rather than risk a repeat of the Maersk Etienne affair.

THE migrants picked up by Maersk Etienne in early August are now safely ashore, and the crew will soon disembark for some well-deserved rest and relaxation.

However, after the brief explosion of interest in the drama that forced officials to finally act, politicians are likely turning back to the other pressing issues dominating the news cycle, such as the pandemic response, looming recessions, rising unemployment, racial tensions and the environment.

But migration remains high up the agenda, with the plight of those without shelter after a fire destroyed the refugees’ camp on Lesbos also capturing world attention.

So why worry about the few who were lucky enough to be picked up by a tanker and had to wait five weeks before being allowed to disembark?

They had food and water and were safe if somewhat uncomfortable at night in makeshift sleeping quarters. Surely there are more important things for the political classes to be concerned about than a few North African asylum seekers and the 21-strong crew of a small product carrier?

The maritime community must not let that line of thought become entrenched.

With the episode still fresh in the minds of the authorities, industry leaders must keep up the pressure for some clear guidelines that will ensure ships and seafarers do not become political hostages as governments argue about who should take responsibility for those who have been rescued.

Otherwise, less responsible shipowners may just ignore calls for help rather than risk a repeat of the Maersk Etienne affair.

Chief technical officer Tommy Thomassen says Maersk Tankers will not ignore those in need of help at sea, despite the five-week ordeal that saw 27 rescued migrants unable to disembark from one of its ships. However, he wants politicians to step up and do their duty as well

To recap, Maersk Etienne is owned by a company that is part of one of the world’s biggest shipping portfolios, which in turn is controlled by the influential and highly-regarded Maersk Mc-Kinney Moller family.

The ship is registered in Denmark, a respected flag state. Yet even with the support of its parent companies and a significant diplomatic push by the Danish government, Maersk Etienne remained stranded off Malta for more than a month.

So little wonder if other, less well-connected shipowners, decide to take evasive action rather than go to the rescue of those in danger, even if lives could be lost as a result.

No seafarer would ever want to ignore pleas for help, but unless the rules are changed, that may happen. The Maersk Etienne affair exposed serious gaps in the law, with no instruction about what should happen once migrants or anyone else in difficulty at sea are safely rescued.

Yet it would take years to amend relevant international law, as set out in United Nations Convention on the Law of the Sea, and International Convention for the Safety of Life at Sea.

So a more immediate solution needs to be found, at least to cover the Mediterranean.

There are no easy answers, otherwise the Maersk Etienne ordeal would never have happened.

Nevertheless, the politicians must not be let off the hook now that the 38-day stand-off is over.

Some form of legally-binding process needs to be established that will provide reassurance for every shipowner and seafarer. This is a matter that the international community must resolve, and quickly.

A rescue at sea is a dangerous and tricky exercise. Those who are prepared to risk their own lives to save others should get the recognition they deserve, not be ignored and quietly forgotten once the spotlight is switched off.

The Maersk Etienne crew went well beyond the line of duty. Now it is the turn of the politicians to step up and do their part.