Over and above the migrant drama, the Maersk Etienne and similar cases underline that shipping remains largely outside the interests of shore, as long as the commodities and goods keep getting delivered

If any more proof were needed since the global crew change crisis, migrant rescue dramas such as those of the vessel Maersk Etienne illustrate that shipping still speaks a language of duty that is barely comprehensible to decision-makers on shore 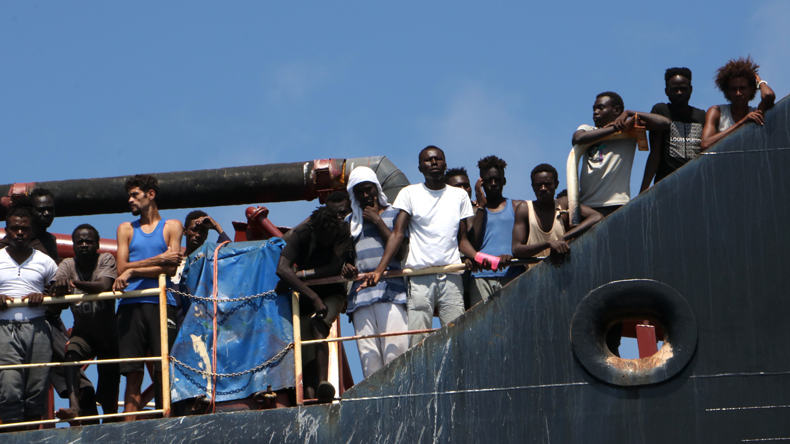 Source: Malta Today Product tanker Maersk Etienne has been stranded for more than a month after rescuing 27 migrants trying to cross the Mediterranean from Libya.

EVERYTHING looks so clear from the sea. Until it’s not.

That has certainly been true for the master and crew of the product tanker Maersk Etienne, which has been stranded for more than a month after rescuing 27 migrants trying to cross the Mediterranean from Libya.

Parked off Malta, the Maersk Tankers vessel is under Danish flag so this is not a flag state issue per se.

Nontheless, it is a bad look for the registrar of the European Union’s largest fleet.

Malta, which has little by way of an indigenous shipowning community of its own to boast of, has done good business as a flag with the support of foreign merchant shipping.

The island has said that it is absolved of responsibility for the migrants because the rescue took place outside its own search-and-rescue zone.

To be fair, Denmark appears to have concurred with this view and has now said it believes Tunisia is responsible for accepting the migrants.

There are plenty of other excuses Malta can reach for, too, chief among them is that it is hardly alone in its aversion to accepting migrants. Most EU countries are less welcoming these days.

It is frustrating — infuriating, even — that the EU in particular has not been able to pull together a humane and practical system for dealing with migrants and refugees in the Mediterranean, leaving each commercial ship or charity vessel doing a good deed to flail individually for a solution.

But while the failure is one of geopolitics at a higher level, this does not completely dispel the feeling that, if all else is failing, an aspiring maritime country should be maritime-minded and solve the problem itself rather than continue playing politics.

While the imperatives may be migrant policy and saving those in peril from the sea, consideration for crews and shipping companies should surely not rank far behind.

All cases are different, but keeping a significant number of rescued persons on board a merchant ship for any length of time will become a source of strain and, often enough, danger to the crew.

Meanwhile, shipping companies are left to absorb the cost of any rescue operations, just as they have largely had to bear the brunt of costs stemming from the current global crew change crisis triggered by coronavirus fears.

Over and above the migrant drama, the Maersk Etienne and similar cases underline that shipping remains largely outside the interests of shore, as long as the commodities and goods keep getting delivered.

Like fictional US marine Colonel Nathan R. Jessop from ‘A Few Good Men’, the maritime world still uses words like ‘honour’, ‘code’, ‘loyalty’ and is puzzled when coddled humanity on shore and its compromised political systems just don’t get it.

The difference being that in our story, shipping most of the time is the good guy and politicians just cannot handle the truth.